Why does the neutral hydrogen velocity have this characteristic behavior in the galactic plane?

The recently released map of galactic neutral hydrogen density and velocity is really beautiful. The work has been relased by the HI4PI collaboration (HI = neutral hydrogen, $4\pi$ = complete spherical coverage).

Does this have some simple geometrical explanation? 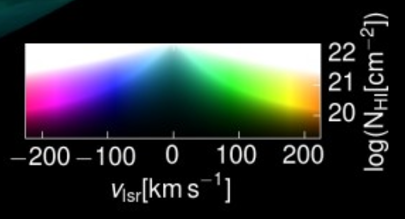 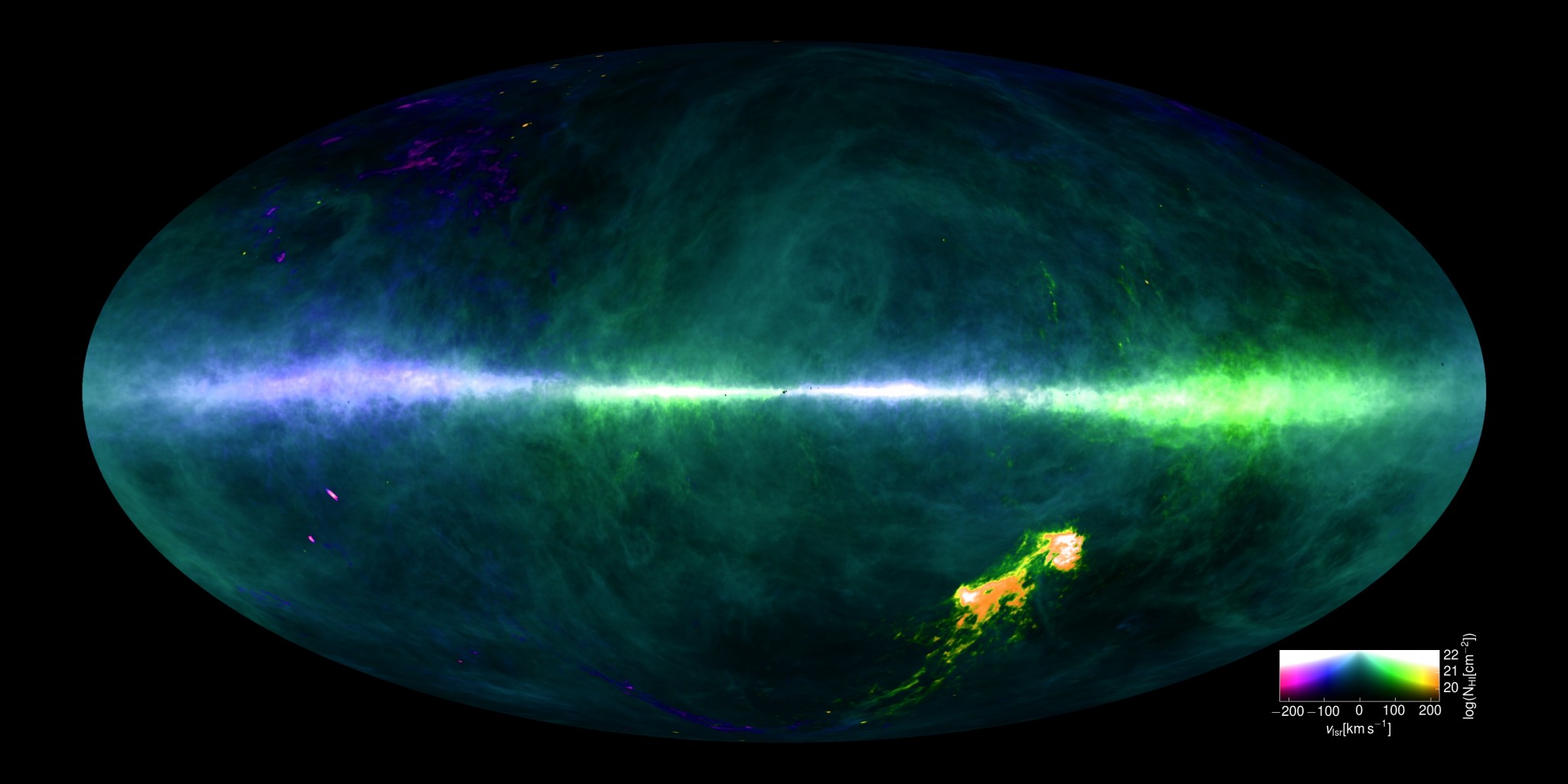 above: for those who can not distinguish the green and blue in the image, this plots the average green (solid) and blue (dashed) intensity within the central equatorial band.

There is a nice article at phys.org with a video, which can also be seen in YouTube. It shows the intensity of HI as a cut in radial velocity is slowly scanned through the data set.

The reason is detailed in depth in this pdf, which contains the following diagram: 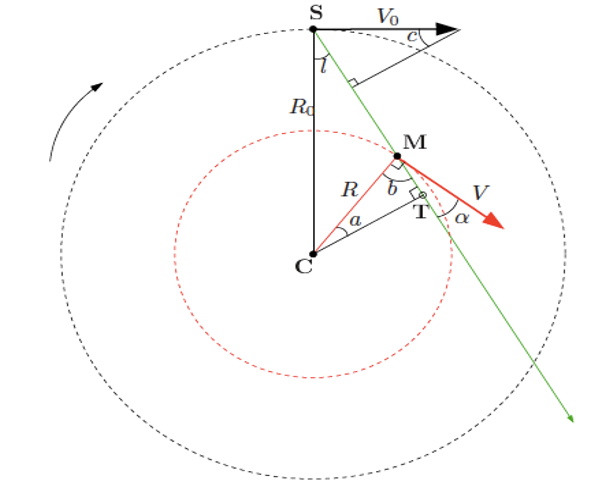 When measuring the radial velocity, we look for the projection of $V$ onto our line of sight. Some geometry results in the relation $$V_r=V_0\left(\frac{R_0}{R}-1\right)\sin l$$ for the radial velocity $V_r$, assuming $V\approx V_0$ (which is not always true!). The $\sin l$ term, in addition to the asymmetrical rotation of the Milky Way, leads to the peculiar data you asked about.

Not the answer you're looking for? Browse other questions tagged radio-astronomy data-analysis galactic-dynamics velocity or ask your own question.

12
What mechanism causes oscillations of the solar system's orbit about the galactic plane?
1
Does the universe prefer a velocity?
6
What does the velocity dispersion of a galaxy mean?
9
Half of the Milky Way's baryonic mass is from other galaxies - when did this happen?
2
A rough analytical expression for the Milky Way's radial mass distribution?
2
How is interstellar gas density mapped from GAIA data?
18
Why does the Fourier transform of this CMB image have a hole in it?
4
What does “unremarkable transverse peculiar velocity” mean exactly, and how is it calculated here?