Why don't we see "the milky way" in both directions?

It would seem to me that. You should see:

the thick line of the milky way all around you, i.e. on that plane, in all four directions.

(Additionally - sure - in the particular direction of the galaxy center, you would additionally see the huge central bulge.)

However: this does not seem to be the case: when you look at the milky way from the vicinity of our solar system, you basically see it "in one direction".

What am I misunderstanding? How come the sky object "the milky way" is well-known as only a lump/strip in one direction, rather than, a lump/strip that goes right around us?

Quite simply does anyone have any photography of the anti-galactic point? (Near "Auriga" right?) Does it show any "milky way band" going through it?

If not why not? Looking outwards, we are still looking through ~30k lightyears of the dense disk we are sitting in.

To put it simply, we actually do see the Milky Way all around us, even in the diametrically opposite direction from the galactic core. You can see this in the image below which is a full sky image I took from APOD. 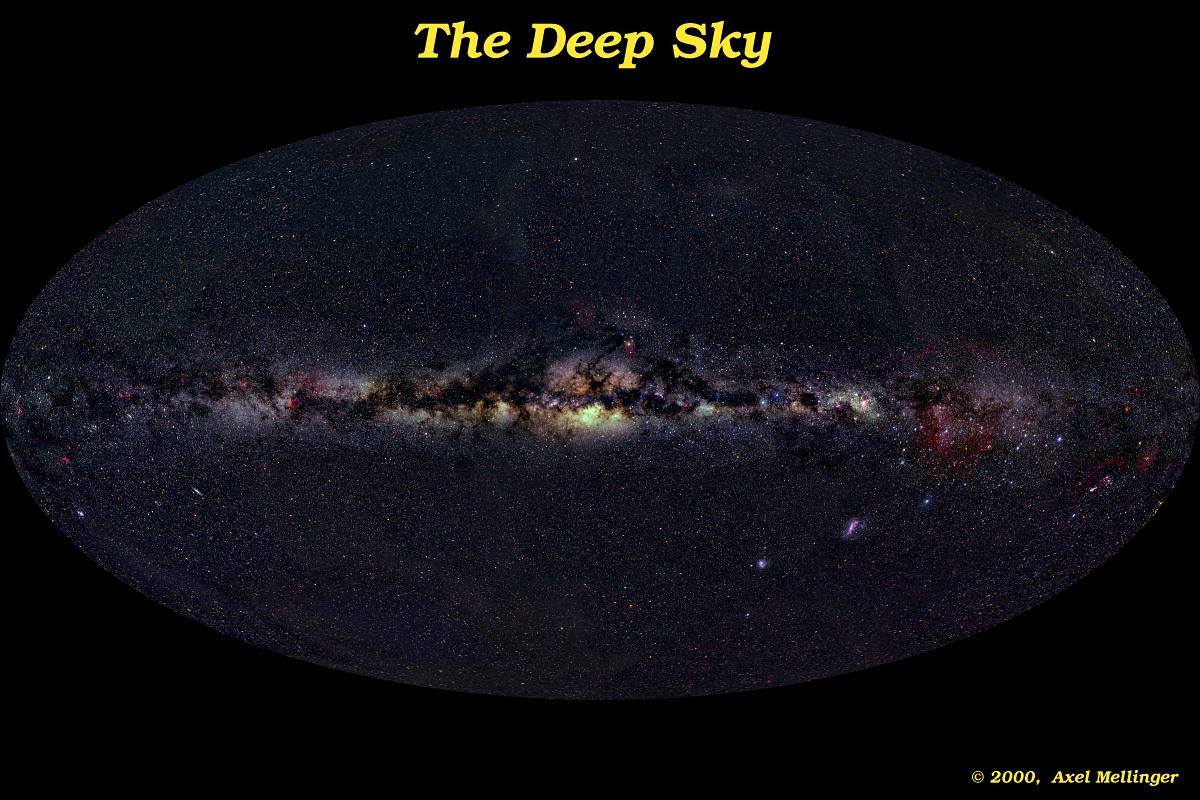 If you look at the edges of the disk in that image, you're looking at what is actually the edge of our galaxy, opposite in direction from the core. In effect, this is precisely the image you requested because it does contain the part of the sky which contains the anti-core part of the galaxy. It is certainly not as bright, but there are still stars and dust out there. In fact, if you look very closely, you still see lots of dark splotches that mask distance stars and galaxies, indicating there is dust there.

I think the issue you may be having is that you expect many more stars to be within the outer regions of the disk than there actually are. The stellar density profile for our disk is roughly exponential, meaning there are literally exponentially more stars near the core than at the edges. If this means anything to you, the scale length for the exponential radial density profile is ~4 kpc.

To really get a good understanding of the stellar distribution, take a look at Jurić et al. (2008). They looked at (~48 million) stars from the SDSS and analyzed the stellar distribution across our galaxy (that is visible to us). You should find figures 10 through 18 of particular interest, however I'll present part of figure 16 here. 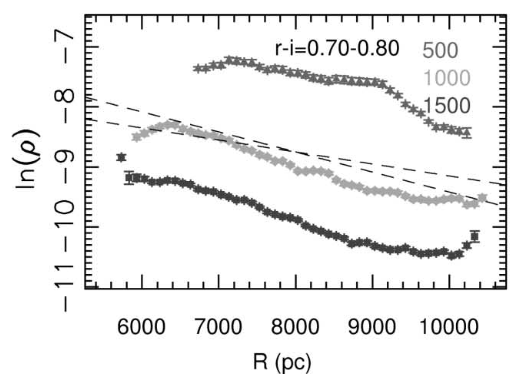 This image shows the (logarithmic) density of stars as a function radius from the galactic core. The varying shades of grey indicate varying heights above the galactic plane (numbered in parsecs). The dashed lines are various exponential decay models with differing scale heights. You can see that these star densities, even within the limited radial ranges covered by the SDSS fall off by an order of magnitude! Hopefully this helps you appreciate the significant difference between the core brightness/visibility and that of the galactic edge.

Here's a silver of Andromeda spectacularly demonstrating the falloff: even though galaxy photography tends to suggest to the casual eye an evenly-dense plate:

This synthetic image referenced by Andy, from the Tycho Catalog Skymap also shows the situation clearly. 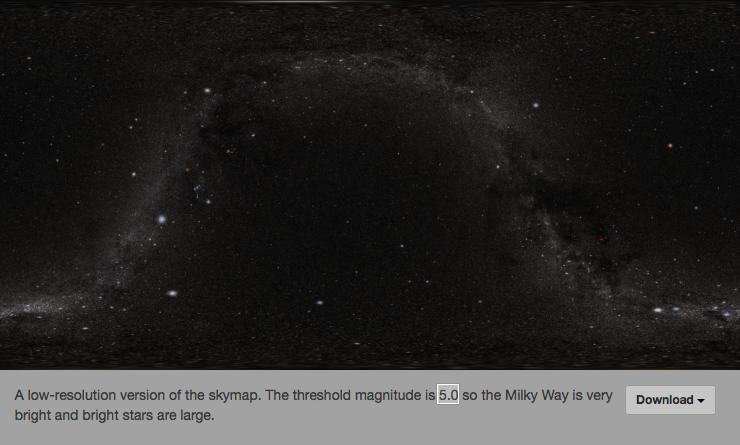 I suppose that we are so far from the other Arm that we can see only the small part of Milky Way, approximately 27,000 light-years from this center (http://solarstory.net/objects/milky-way#visual-idea) and our solar system is so small that we cannot observe all these amazing stars.

6
What is in the brightest area of the night sky?
4
What part of the milky way do we see from earth?
2
visualisation of galaxy density
11
Do we know if we are overtaking or falling behind our arm?
2
Why can I see the Andromeda Galaxy despite Milky Way's rotation?
7
What does the milky way look like from earth to the human eye without light pollution?
2
Milky Way, view outward or inward?
6
Can we see the stars at the edge of the Milkyway?
13
Is it true that we see the center of the milky-way for only half of the year?
6
Do we know what's "behind the Milky Way"?