Is Barnard 68 the only cloud so close to us that there are no stars between us and it?

(I'm not sure if there's one generic term encompassing all those and any similar obscuring clouds - I just used "cloud" in the question title),

is Barnard 68 the only one so close to us that there are no stars between us and it?

If not, what is the list of such? (Are we observationally confident about this, at this stage?)

I guess a related question would be: "about what is the density of bok globules near us?" ... in a cube of 1000pc on a side, about how many bok globules are we talking? One or two or thousands?? 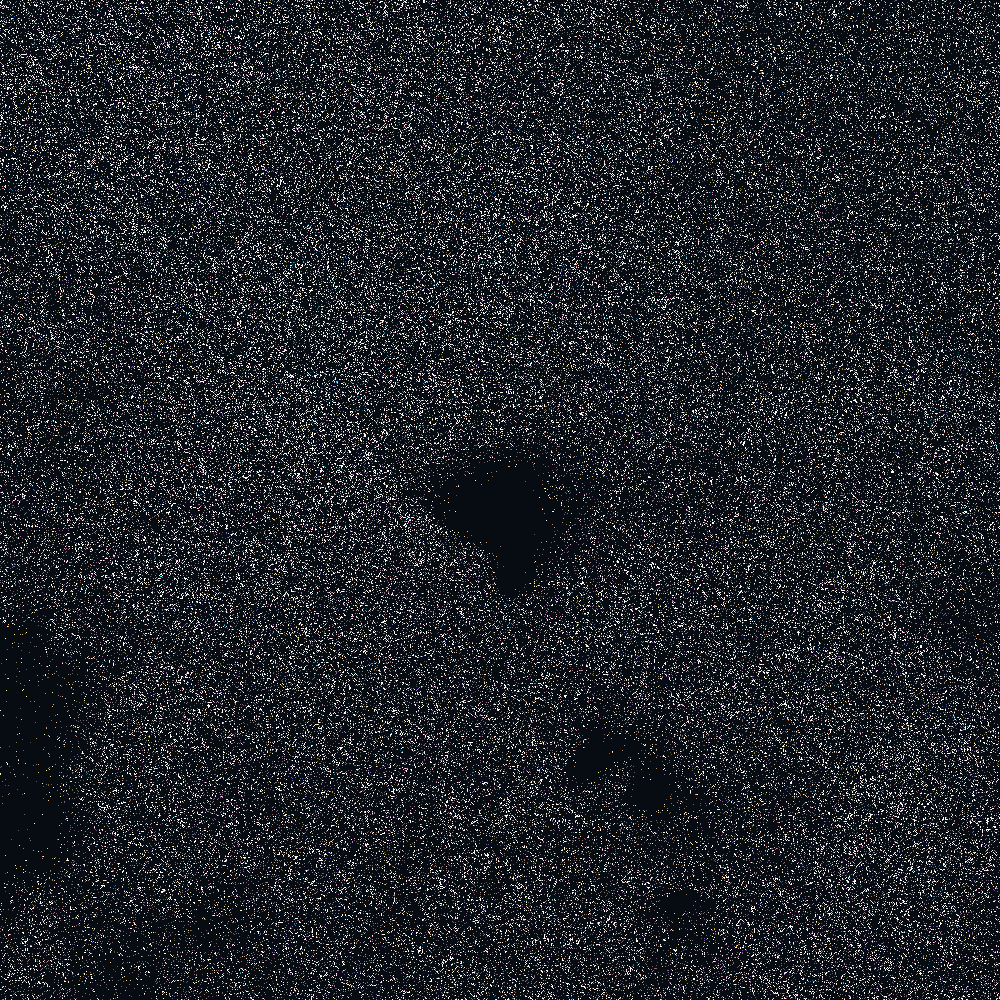 Barnard 68 has a surface area of around 10 square arcminutes on the sky and is at an estimated distance of around 160 pc. The volume of space encompassed by a sightline to Barnard 68 is therefore about 1 pc$^{3}$.

The the density of stars in the solar neighbourhood (hydrogen burning stars with mass above about 0.1$M_{\odot}$) is about 0.1 pc$^{-3}$. So it is not surprising that no stars are seen in front of Barnard 68.

At this distance, the brightness of the faintest stars would be around $V \sim 20$ so ought to have been picked up in various observations that have been performed on this cloud. Such stars would be more obvious in the near-infrared, but then you pick up background stars through the cloud and you would need an estimate of the distance.

I'm not actually aware of any clear statement that there are no faint stars in the foreground, though obviously you can't see any in the widely available visible pictures.

There are lots more Bok globules known which appear to have very little in the way of foreground stars. As I outlined in the calculation above - if they are small and nearby, then that is to be expected. You could also look at the list of "dark nebulae".

Other catalogues include the Lynds catalogue of dark nebulae or the catalogue of southern dark clouds by Hartley et al. (1986).

First query: YES there are many bok clusters without foreground stars.

For density, That's an unclear field of study, confused with dark matter enigma, and the estimates of frequency of "Boks" perhaps only have about 1-2 degrees of magnitude precision. We can't say that there is less than 1 bok for every 10 stars, we can't say there is more than 1 for every 1000.

The distance to the nearby and compact globules is difficult to determine. The absence of foreground stars toward globules rules out spectrophotometric distance measurements, and the distance estimation from LSR velocity (kinematic distance) is unreliable. So, listed distances are only values assumed by associating observed globules with neighboring larger molecular clouds whose distance is known.

So for one thing, you will find that catalogues of Boks, and IRAS, give their galactic coordinates of longitude and lattitude, and not their distance, which they might get wrong by an order of magnitude.

I found a catalogue of 380 nearby small compact globules of which 280 are about 1ly across. IRAS Point Source Catalog, Version 2.0 has many thousand of them, they seem to be all in the 4000 parsec range, and stuff that far away becomes difficult do detect as soon as it does have a star in front of it.

Within 1000 parsecs there are already 100ds of Bok clusters in catalogues, and if there were 10,000 Bok clusters nearby, the opacity of the sky could be measured, there has to be a certain ratio of dark clouds relative to stars to give the current opacity of the solar neighborhood, and perhaps someone else has information about that, it's probably that some studies have been done to measure local opacity, and mass, although that is also complicated by dark matter theories, perhaps there are so many Boks, they make up a large proportion of the local mass.

There is a catalogue of actual Bok Globules from 1988, based on globule regularity, roundness, because roundness is used to determine their size and shape rather than precise factors, all their target's did not have a star in front, and they said:

"Such a catalog of small molecular clouds was needed for our ongoing study of star formation in Bok globules (Clemens and Leach 1987; Clemens, Leach, and Barvainis 1988). The available catalogs (Lynds 1962; Barnard 1927) are most complete for larger clouds (i.e., angular sizes greater than S'-IO'). However, many smaller clouds do not appear in these catalogs. A new search of the Palomar Observatory Sky Survey (POSS) was made with the goal of finding the smaller molecular clouds. We have identified 248 molecular clouds with optical sizes smaller than 10'. Most of these have been previously cataloged (72%), although the fraction of clouds previously cataloged decreases somewhat (to 60%) as the mean size decreases to l'-2/ . A large number of the clouds (60%) have IRAS point sources within their boundaries or in their near environs, indicating that probing the FIR dust properties of the clouds will be productive."

They catalogued 248 easily measured bok globules somewhere nearer than 5000 parsecs and beyond that it's too small to see them.

someone did a survey of SO emissions from the above catalogue, and had images of this kind: 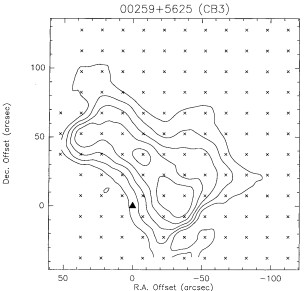 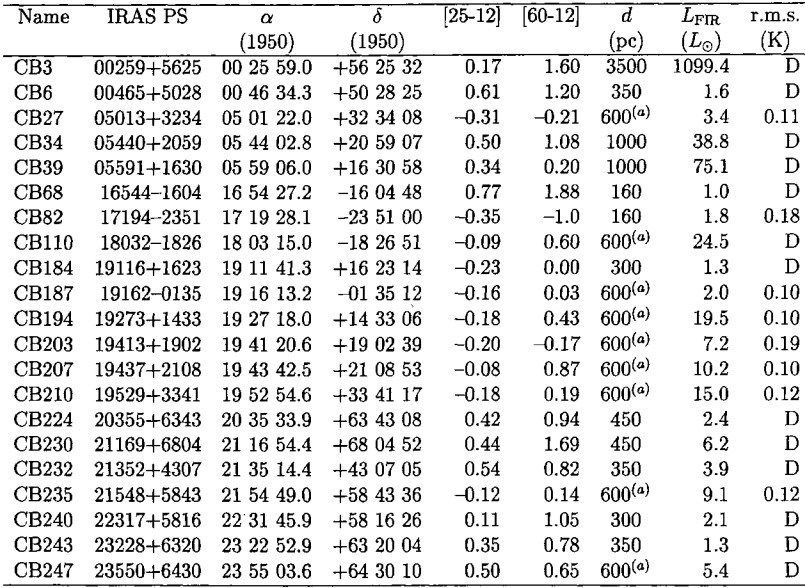 29
How many stars and galaxies can be seen by the naked eye?
2
Star formation: When a nebula collapses, is it only the gasses that form the star?
3
How to visually tell the difference between a planetary nebula and a supernova remnant?
2
Are the viewable nebulae only in our galaxy?
16
Is it possible that the Sun and all the nearby stars formed from the same nebula?
2
The star that died and became the Crab Nebula and Crab Pulsar?
2
Are the bright dots in this image individual stars?
13
Are Brown and Sub-Brown Dwarfs secretly more common than stars?
28
When stars explode after running out of fuel, why are new stars born from the remnants?