The planet Mercury has a myriad of impact features - this has been known for some time. However, observe in the following images, a relatively large 'High-Mg region' detected on the planet (below): 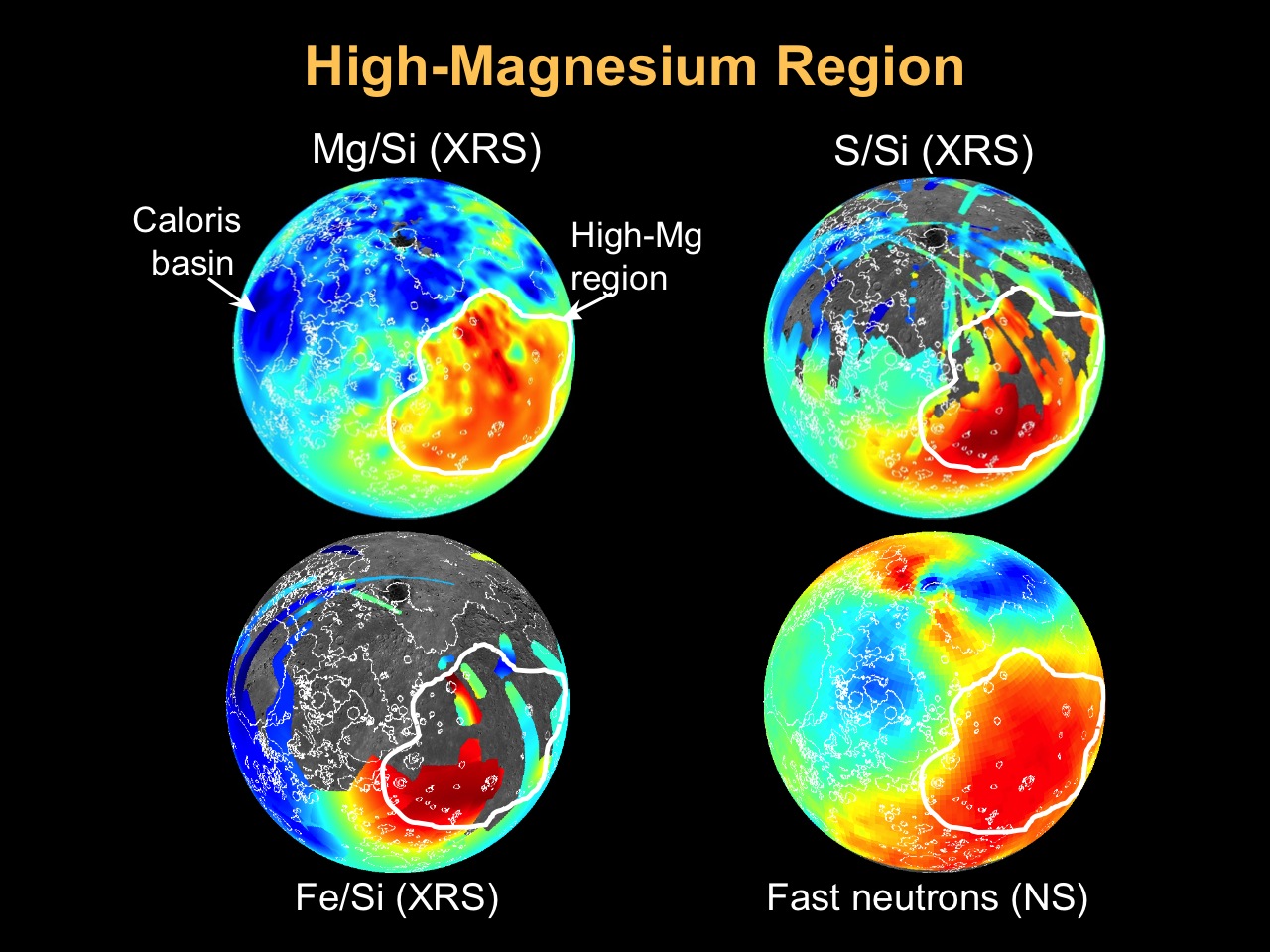 From the group's press conference website, they state that:

The unusual composition of the high-Mg region and the relatively thin crust in this region suggest that it may be the remains of an ancient and highly degraded impact basin.

How is the 'unusual composition' of this region suggestive of being the remains of an ancient, highly degraded, impact basin?

There is still some research to do to definitively answer this question. Having said that though, according to research published in the paper "Evidence for geochemical terranes on Mercury: Global mapping of major elements with MESSENGER’s X-Ray Spectrometer (Weider et al. 2015), the high Mg region (HMR) could be due to the consequences of an impact event - the authors from the article suggest that:

therefore, that the HMR may also be an impact related feature, and that its high Mg/Si ratio is evidence of mantle excavation during a large impact event early in Mercury’s history (>4.1 Ga).

The authors elaborate further that the mechanism behind it could be

If an ancient large impact at the HMR site penetrated into a vertically differentiated mantle (with additional lateral variations possible) and reached a deep, otherwise unsampled layer (i.e., the lherzolitic source proposed by Charlier et al. 2013*), the HMR composition would be the signature of high-degree partial melting of that mantle source.

Charlier et al. 2013, Phase equilibria of ultramafic compositions on Mercury and the origin of the compositional dichotomy, Earth and Planetary Science Letters