What is the ugriz magnitude system?

While studying photometric redshifts, I came across the ugriz (or u'g'r'i'z) system for classifying magnitudes of galaxies, but I didn't find much information on the internet about how it works.

Can somebody explain that? Do the letters "ugriz" have any special meaning, or is its just a nomenclature? 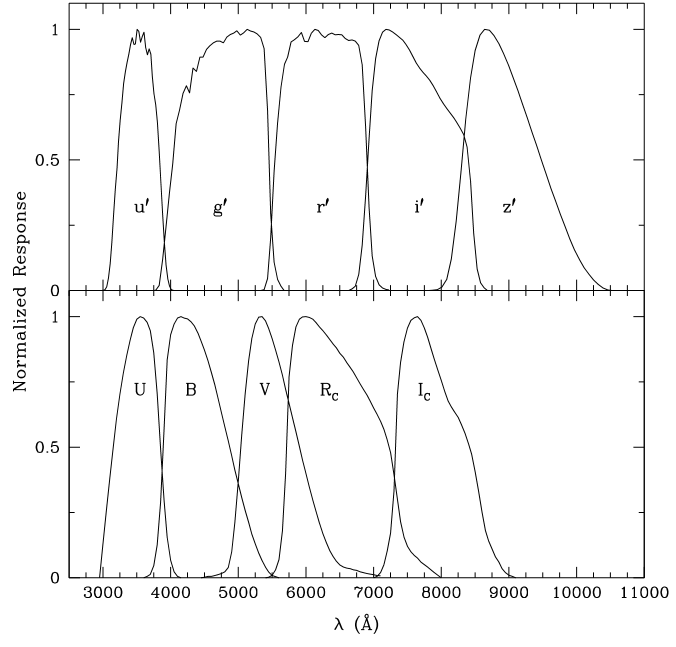 Not the answer you're looking for? Browse other questions tagged galaxy photometry magnitude .