Is this object an asteroid or comet, and how can it produce so many tails?

The NASA Hubble Space Telescope Science Release HEIC 1320 - When is a Comet not a Comet? - Hubble astronomers observe bizarre six-tailed asteroid is self-explanatory, but it doesn't explain what actually happening.

Sometimes comets will show two tails, but one is usually identified with the path of the comet's orbit, and the other with the direction away from the sun. But this is an asteroid (or so it seems) and there are many tails with complex behavior.

edit: I've found this ArXiv preprint: The Extraordinary Multi-Tailed Main-Belt Comet P/2013 P5 where "main belt" refers to the main belt of asteroids, and yet the object is now called a comet. Wikipedia lists both names and suggests both designations - asteroid or comet:

311P/PANSTARRS also known as P/2013 P5 (PANSTARRS) is an asteroid (or main-belt comet) discovered by the Pan-STARRS telescope on 27 August 2013.(4) Observations made by the Hubble Space Telescope revealed that it had six comet-like tails.(5) The tails are suspected to be streams of material ejected by the asteroid as a result of a rubble pile asteroid spinning fast enough to remove material from it.(2)

It's been three point five years now - has this been figured out yet? Is it an asteroid or comet (or both), and how can it produce so many tails? 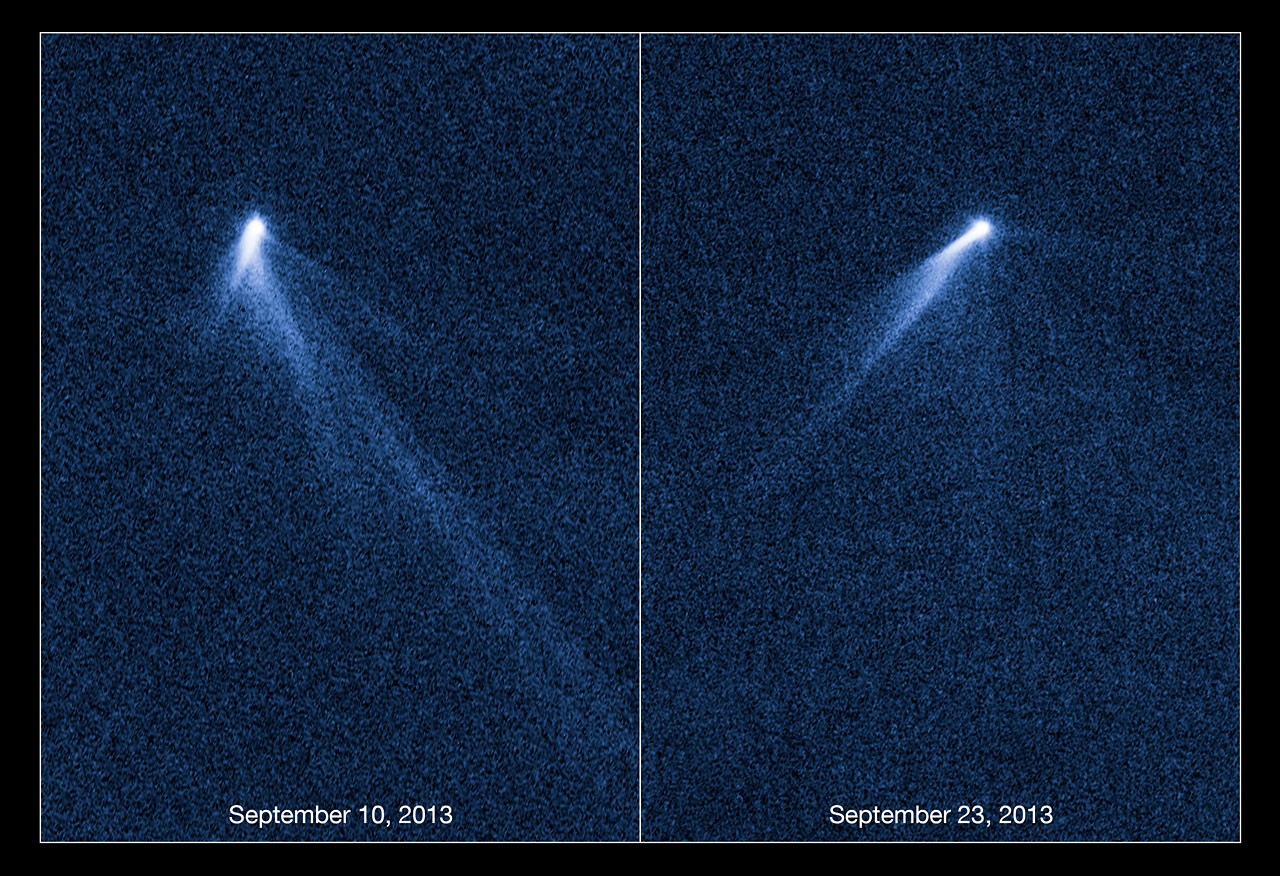 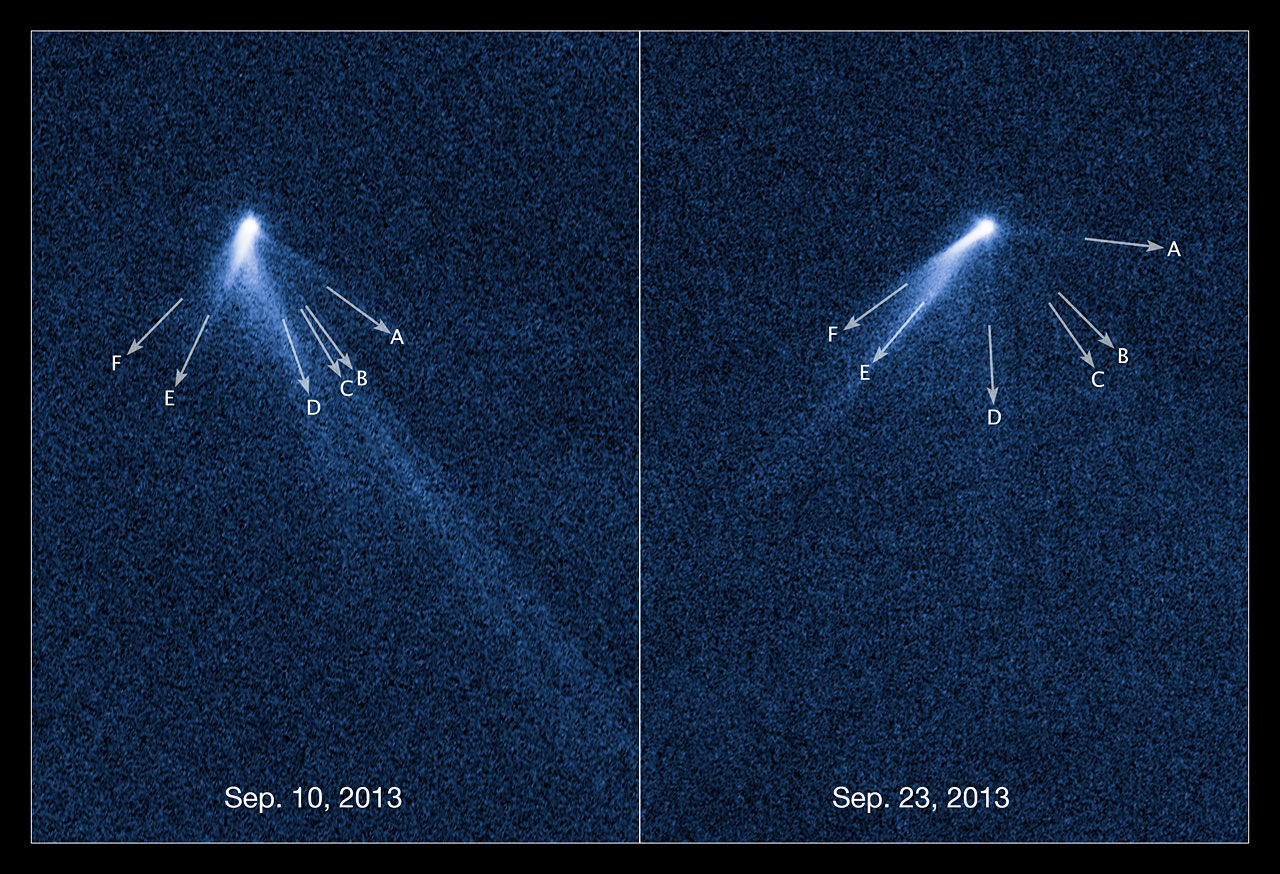 This seems to confirm what the original question cited as a possible explanation, i. e.

The tails are suspected to be streams of material ejected by the asteroid as a result of a rubble pile asteroid spinning fast enough to remove material from it.

The asteroid is loosely bound (a "rubble pile") and spinning fast, so everytime some of the boulders which form it shift a bit, some material may escape into space and form a small tail.

9
Do astronomers generally agree that the distinction between comets and asteroids is not so clear?
6
Currently proposed ways to distinguish between a really big planet and a really small star
4
Solar Wind and Asteroid orbital behavior

10
How can Halley's Comet be predictable?
5
Which measurements have shown that 2014 MU69 is red? (New Horizons' next target)
6
How does this comet have alcohol in it?
4
when are you able to see Halley's comet, and for how long?
2
What is this thin, square-ish object on asteroid Bennu? How big is it?
5
What is the closest an asteroid or comet has passed the Sun and survived?
2
What makes scientists already so certain that Comet C/2019 Q4 (Borisov) is a comet and not an asteroid?
17
Which are stars and which are noise in this comet photo?
7
What is the difference between a depleted comet and an asteroid?
4
How often and for what reasons does Hubble use two different instruments at the same time?