In what ways does the mass and energy of the milky way curve space time?

Space is curved by mass (or more precisely by mass and momentum as described by the stress-energy tensor). The milky way system has a lot of mass and a lot of energy. In what ways is space-time curved within it? 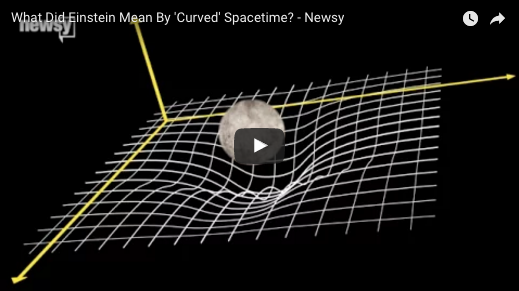 In short, not by much.

This spacetime is approximately flat. It can be well approximated by Minkowski space. If you need to include in your model the distribution of mass in the galaxy, then Newtonian mechanics is sufficient, for example https://physics.stackexchange.com/questions/62637/the-potential-and-the-intensity-of-the-gravitational-field-in-the-axis-of-a-circ

Now on the massive scale, a galaxy, or a cluster of galaxies can have a significant effect on light, given enough time, and enough distance. Light, travelling for many millions of years, past a galaxy, can have its path significantly bent by gravity. (The Schwartzchild solution is a first approximation to the shape of spacetime around a galaxy, though for a better approximation, numerical relativity can be used) This causes gravitational lensing. For light traveling inside a galaxy this is not a significant factor, There isn't time in a few years for light to be bent significantly by the general gravitational field of the galaxy. However light from a star passes close to another star, then there can be measurable bending.

The measurement of the bending of light of stars behind the sun during a solar eclipse was one of the first experimental confirmations of General Relativity (1919) https://www.wired.com/2009/05/dayintech_0529/ Note that even light that passes right over the Sun's surface would only be deflected by less that 2 arcseconds.

6
What is the relative time difference between us and a star system in outer layer of our galaxy?
6
Why is dark energy preferred to the cosmological constant?
2
Is diffuse energy distribution considered in the galaxy rotation curve explanations?
0
Does the Milky Way's movement through space have spacetime implications?
3
Kinetic energy and galaxy arm rotation rate
4
About the strange case of Bonnor beams
1
Does the sun have a notable frame-dragging effect on the planets?