Is there a significant population of neutron stars outside the galactic plane?

Pulsar kicks originating from supernovae can impart neutron stars with speeds of 100-500 km/s, often at or close to the escape velocity of the Milky Way. Even if a pulsar fails to escape the galaxy, it can be launched into unusual orbits. Assuming that the velocity distribution is isotropic, a decent fraction of such pulsars should have large orbital inclinations after the kicks, such that they rise above the galactic plane.

I have two questions regarding this:

I understand that "noticeable", at the least, is a bit subjective, but I can't come up with any non-arbitrary criteria to change that.

I'll partly answer your question with the following plot from the ATNF pulsar database (which is easy to play around with). The plot shows the Galactic z coordinate of the pulsars (distance from the Galactic plane in kpc) versus their estimated age (from their spin down rates, in years).

The basic picture is that young pulsars are all near the Galactic plane, because they are born from high mass stars that are born, live and die near the plane and even if the neutron star got a kick, there has been insufficient time to move far from the plane. A typical kick might be 500-1000 km/s, roughly 0.5-1 kpc in a million years.

Once pulsars reach a million years old, then indeed some reach a kpc above/below the Galactic plane and then a few even older examples reach 10 kpc. Most normal pulsars only show pulsar activity for 10-100 million years (the older ones on the plot are probably a different population of pulsars in binaries), so they aren't observed at much greater distances (though there will be old neutron stars out there). 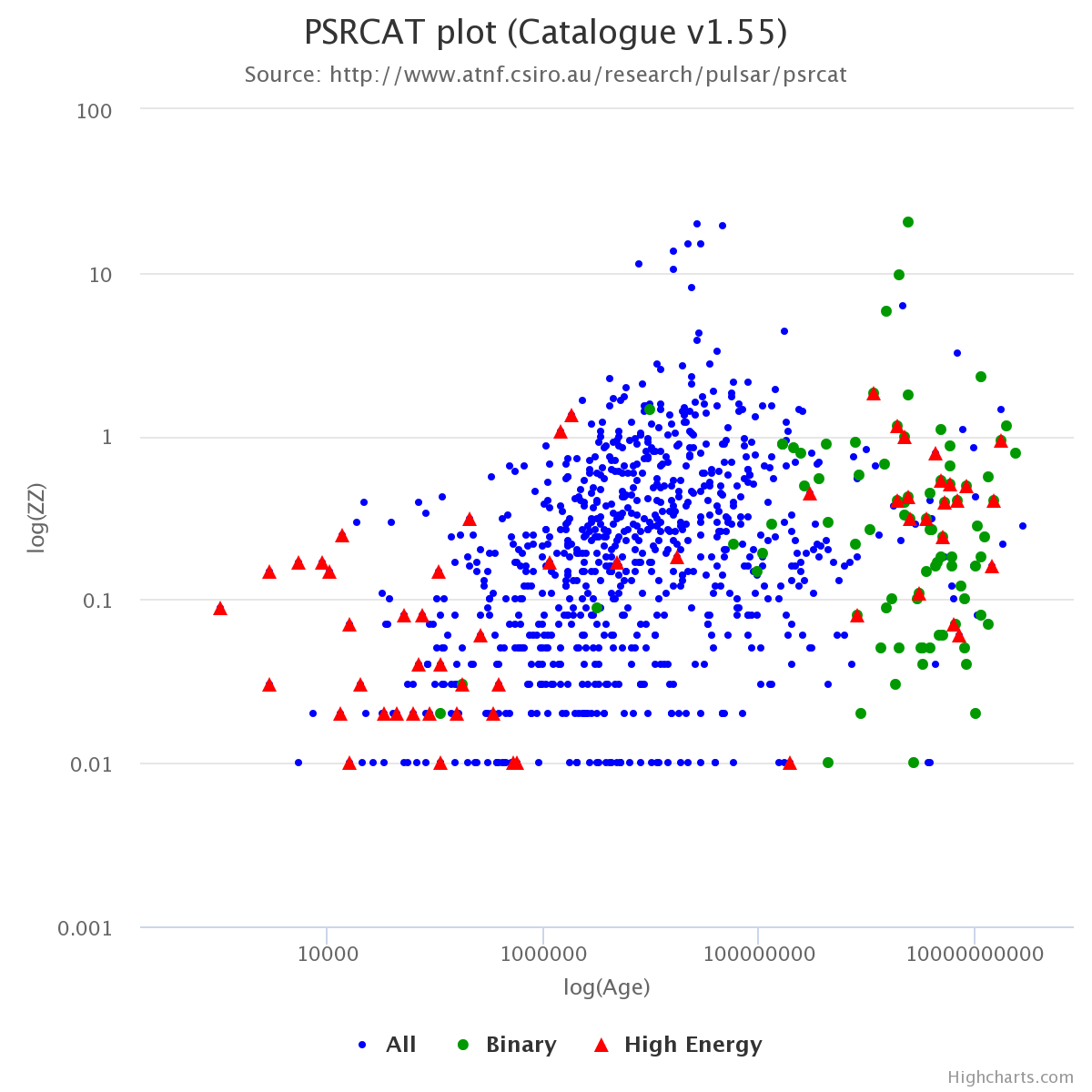 Not the answer you're looking for? Browse other questions tagged neutron-star observational-astronomy pulsar or ask your own question.

19
How Would a Neutron Star Actually Appear?
2
Are there any reliable optical measurements of the radius of a neutron star?
10
No hair and neutron stars
13
Do all neutron stars spin?
8
Inner Workings of Neutron Stars
16
Are there neutron stars whose magnetic axis and rotating axis are the same, and if so what will happen?
6
Do the neutrons in neutron stars emit the radio waves?
4
What does “unremarkable transverse peculiar velocity” mean exactly, and how is it calculated here?
5
Is nuclear pasta or neutron star crust iron stable outside of neutron stars?