What defines a stable orbit?

While looking for a way to prolong an orbit via moon power I was faced with the parameters of what would be a stable orbit by length of time an object stayed in orbit, What is the definition of a stable orbit? Is there a such an orbit since all orbits eventually degrade?

Can the moon's gravity provide enough force to keep an object in Earth's orbit?

There's no clearly defined definition of what a stable orbit is. Orbits can last for hundreds or thousands of years, millions, billions or even trillions of years. There's no neat and tidy definition between stable and unstable.

Hubble for example, orbits the Earth every 97 minutes, and in a few years, primarily slowed by the very slight air resistance, it is expected to fall to the Earth. Many satellites, because their equipment doesn't last forever, are designed to gradually slow by air resistance and fall to the Earth after a few decades of operation. Satellites can be positioned where they stay in orbit much longer simply by moving them a bit further out, but there's little benefit to that. It's advantageous to have satellites fall to the Earth after they've served their usefulness.

and two, because the Earth is gravitationally dominant, so the Moon doesn't have a very big hill sphere. Celestial mechanics doesn't like satellites to have satellites. See here and here. Our moon could have a satellite, but it likely wouldn't be stable for very long, at least, not long in a celestial time-scale.

Mars moon Phobos is in a decaying orbit that may only last 10 million years or so.

Our Moon, however, even though it's slowly moving away from Earth, is sufficiently stable that it will outlast our sun. It's stable on the scale of many billions of years.

As to your question "prolong an orbit via moon power", The moon tends to destabilize, not stabilize orbits around the Earth.

But while L1 and L2 points aren't gravitationally stable, they are still useful places for satellites because they require less adjustment. Satalites with orbits that move around lagrange points are often used as useful locations.

Take this bizar orbit around the Moon, where the NASA satellite transfers from L2 to L1 and could, in theory, be transferred back and forth without expending too much energy. This isn't a "stable" orbit by any means but it's an example of an unstable but useful orbit for the life of a satellite. 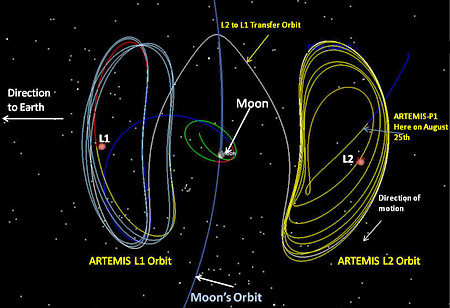 The James Webb Telescope, when it's launched will orbit around Earth's L2 Lagrange point, which isn't stable, but it requires relatively small adjustments to stay in that order. It's also useful because it will be nearly entirely shaded from the sun by the Earth and it works best in cold space, away from sunlight. 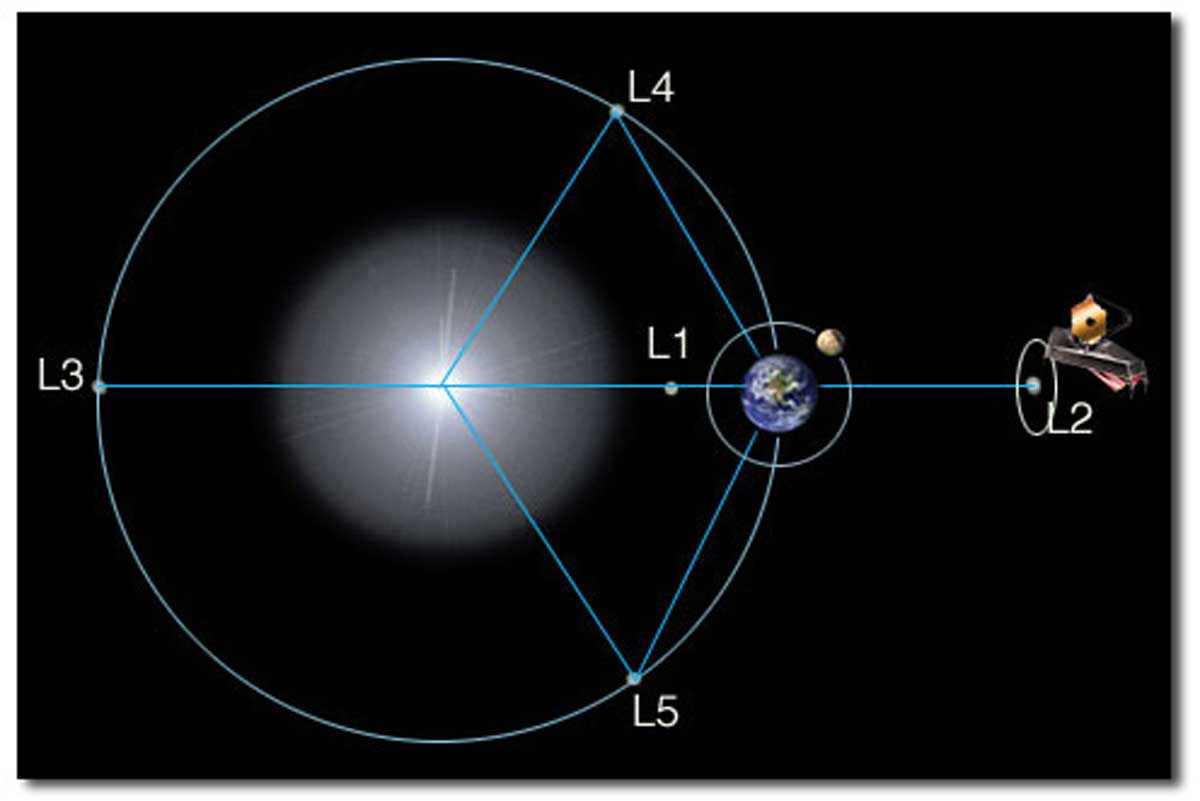 Those are 2 examples of useful but unstable orbits.

Jupiter's orbit around the sun, for example, will probably be stable for trillions of years. Jupiter's moons around Jupiter? Hard to say, with 4 Galilean moons, it's difficult to predict their orbits over long periods of time.
.

Beyond the Earth, it is believed that the planet's orbits are stable. There is a very small chance that a resonance between Mercury and Jupiter could develop, and that could cause Mercury's orbit to change substantially (or even collide with another planet), over the course of about 3 billion years. More generally the solar system is known to be technically chaotic. While the orbits of the planets won't change, it is not possible to predict the position of the planets after about 50-100 million years.

The stability of the solar system and Geostationary orbit is in contrast to truly unstable orbital configurations. LEO is unstable due to atmospheric drag. Many 3-body configurations are unstable, and result in the ejection of one member of the system.

A three body system may be periodic but unstable, in the sense that a perturbation of the system results in chaos, and the ejection of one of the members of the system.

Not the answer you're looking for? Browse other questions tagged orbit orbital-mechanics or ask your own question.

3
Can the Moon provide momentum to an object in Earth's orbit? Gravity Assisted Boost

16
How does a gravity slingshot actually work?
5
Is there a lower limit for the altitude of orbiting objects?
14
Exercise: 2D orbital mechanics simulation (python)
3
Could this three moons system be stable?
8
What is the shape (along the plane, not up-down) of stellar orbits in flat spiral galaxies
6
Creating a basic "fixed" solar system to host a 3D space travel simulation
5
What variables are needed to calculate simple horseshoe orbit times?
20
Would an object shot from earth fall into the sun?
6
Cannot identify mistake in calculating orbital eccentricity vector; magnitude equals one instead of zero (with python code)
2
Is Jupiter really shepherding the main belt, and Neptune the Kuiper belt?