How would a celestial map for Callisto depict the paths of Jupiter, the Sun, etc.?

Along with the stars (which let's just ignore for this question), this map will identify the paths of four objects:

Where on the map would these objects' paths be? Or at least how would I find the exact answers with math/software/etc.?

I have no idea if the axial tilt of Callisto or Jupiter would affect anything but it probably does.

If it helps, I've made this incredibly stylish and oh-so-fabulous template in case anyone wants to sketch it in Paint or something. The black dot at the center is the celestial north pole. 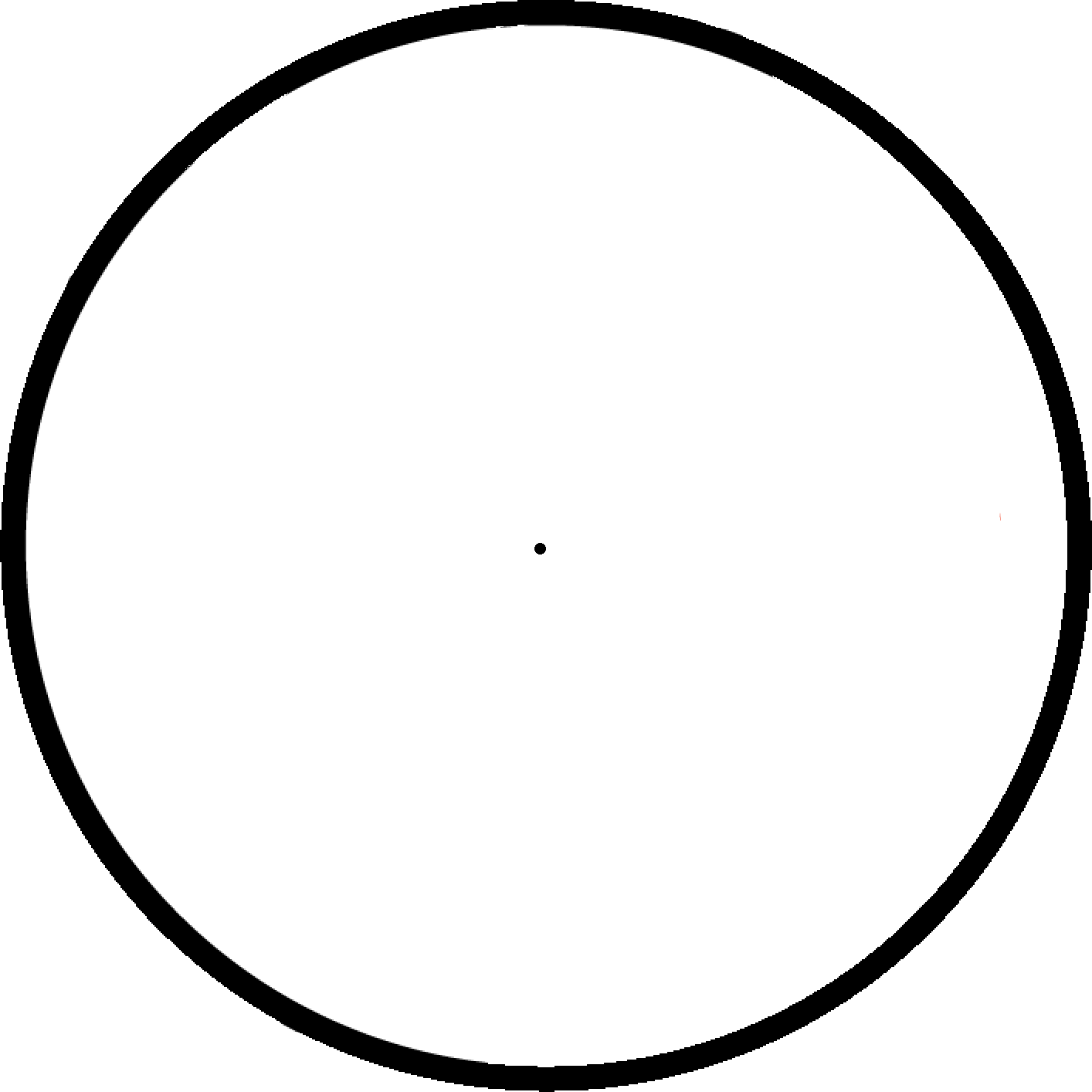 Thank you for your time!

I'm not sure this answers your question, but I used Stellarium (free) to generate this image from Callisto's north pole (so its celestial north pole, in Draco, is overhead) with orbit trails turned on: 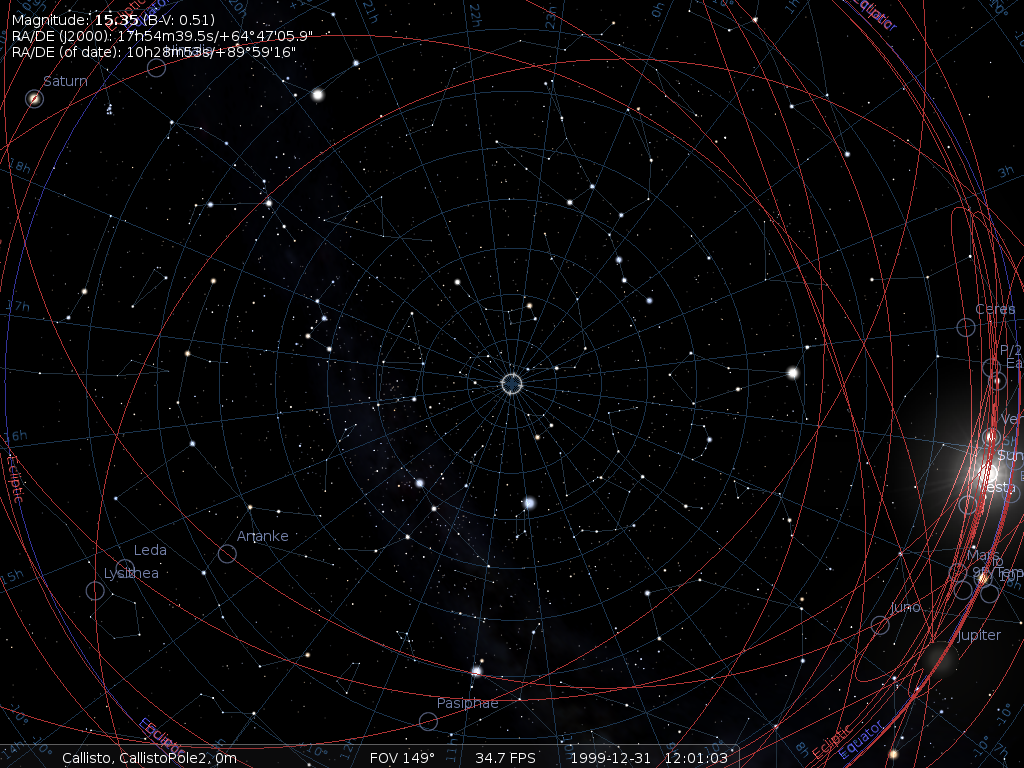 Unfortunately, the image is not only messy, but may be inaccurate, since Stellarium doesn't do a great job of plotting orbits long-term: Stellarium 0.10.4: planet orbits change over time?

So, I wrote https://github.com/barrycarter/bcapps/blob/master/ASTRO/STELLARIUM/callisto.ssc to create a video of the view from Callisto's north pole, but the results are fairly uninteresting: https://youtu.be/O2GHJM54uhQ and come with several caveats:

0
Which focus point does the sun occupy for each planet?
4
How far out can the sun keep celestial objects revolving?
4
Why the Sun-Jupiter barycentre is outside Sun?
25
Why do planets and satellites in the Solar system look so wildly different if they came from more or less the same matter?
4
What would happen if a Sun-like star were to consume a Jupiter-like planet?
1
How long would it take for a black hole the mass of our sun to swallow our solar system?
2
How close would the sun have to get to a supermassive black hole to have Jupiter stripped and slingshot into interstellar space?
2
Looking for a Solar System Simulator including the smaller celestial body, for macOS
12
Is Jupiter warming the Earth? (Earth, Sun Jupiter system)