What galaxy looks the most like the Milky Way?

Is there a particular galaxy cataloged by astronomers which is considered to most closely resemble what the structure of the Milky Way is believed to look like, when viewed from a similar distance?

According to this article on space.com the most similar looking galaxy to our own is NGC 6744. The source of this article comes from a statement by the ESO (European Southern Observatory) which says:

If we had the technology to escape the Milky Way and could look down on it from intergalactic space, this view is close to the one we would see — striking spiral arms wrapping around a dense, elongated nucleus and a dusty disc.

There is even a distorted companion galaxy — NGC 6744A, seen here as a smudge to the lower right of NGC 6744, which is reminiscent of one of the Milky Way’s neighboring Magellanic Clouds

Included below is an image of the galaxy (NGC 6744) in question, taken with the Wide Field Imager on the MPG/ESO 2.2-meter telescope. 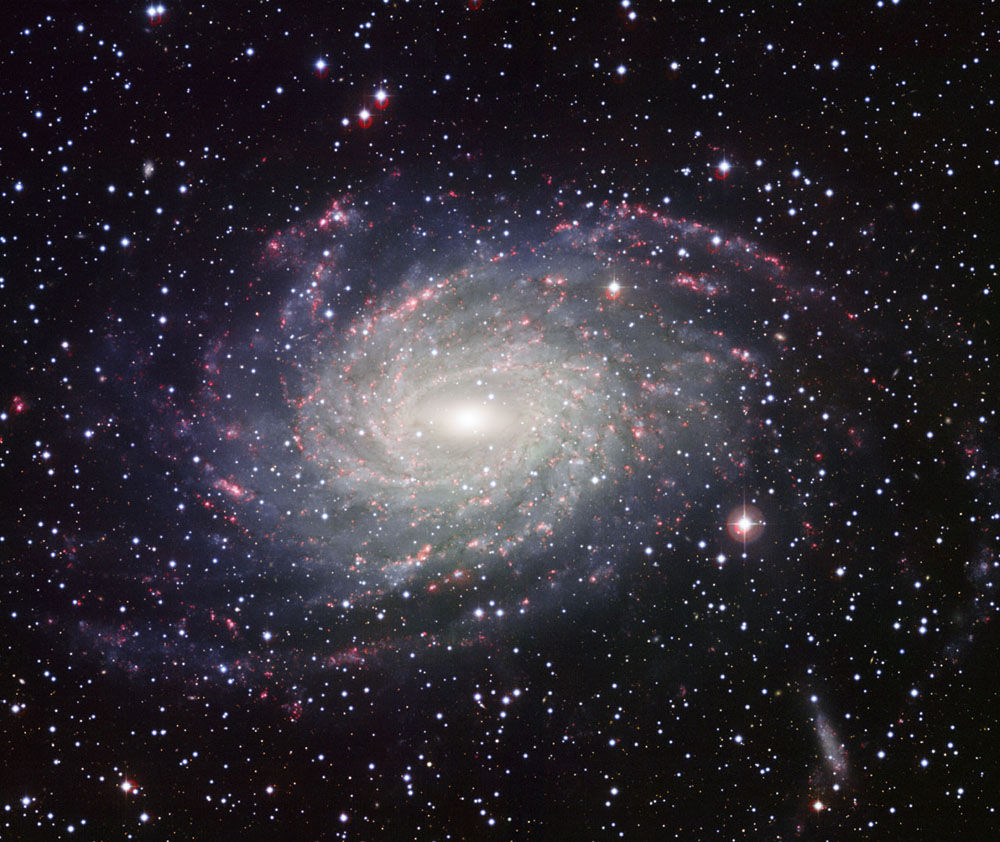 However it is also noted that while the Milky Way and NGC 6744 are similar in appearance, NGC 6744 is almost twice the diameter of the Milky Way.

Not the answer you're looking for? Browse other questions tagged galaxy observational-astronomy ngc or ask your own question.