It sounds like dark matter makes up one quarter of the universe's mass-energy. And it's density is fairly uniform. But could it be simultaneously both uniform and moving - like currents in a lake. Does it have a standing wave? A propagating wave? A rotation around some universal central point? Local rotations around massive objects like low pressure systems on a weather map?

To give you an idea of this, check out the Millennium Simulation (that's a YouTube video which moves around and views the results of the simulation). This was a set of simulations of the universe as a whole, in an attempt to test out current theories about our universe and see if those theories could produce a universe that looks like ours. Suffice to say, they were pretty successful. An image of the results of the simulation is shown below. This represents the universe at a very very large scale and you can see all the dark matter and how it is distributed. 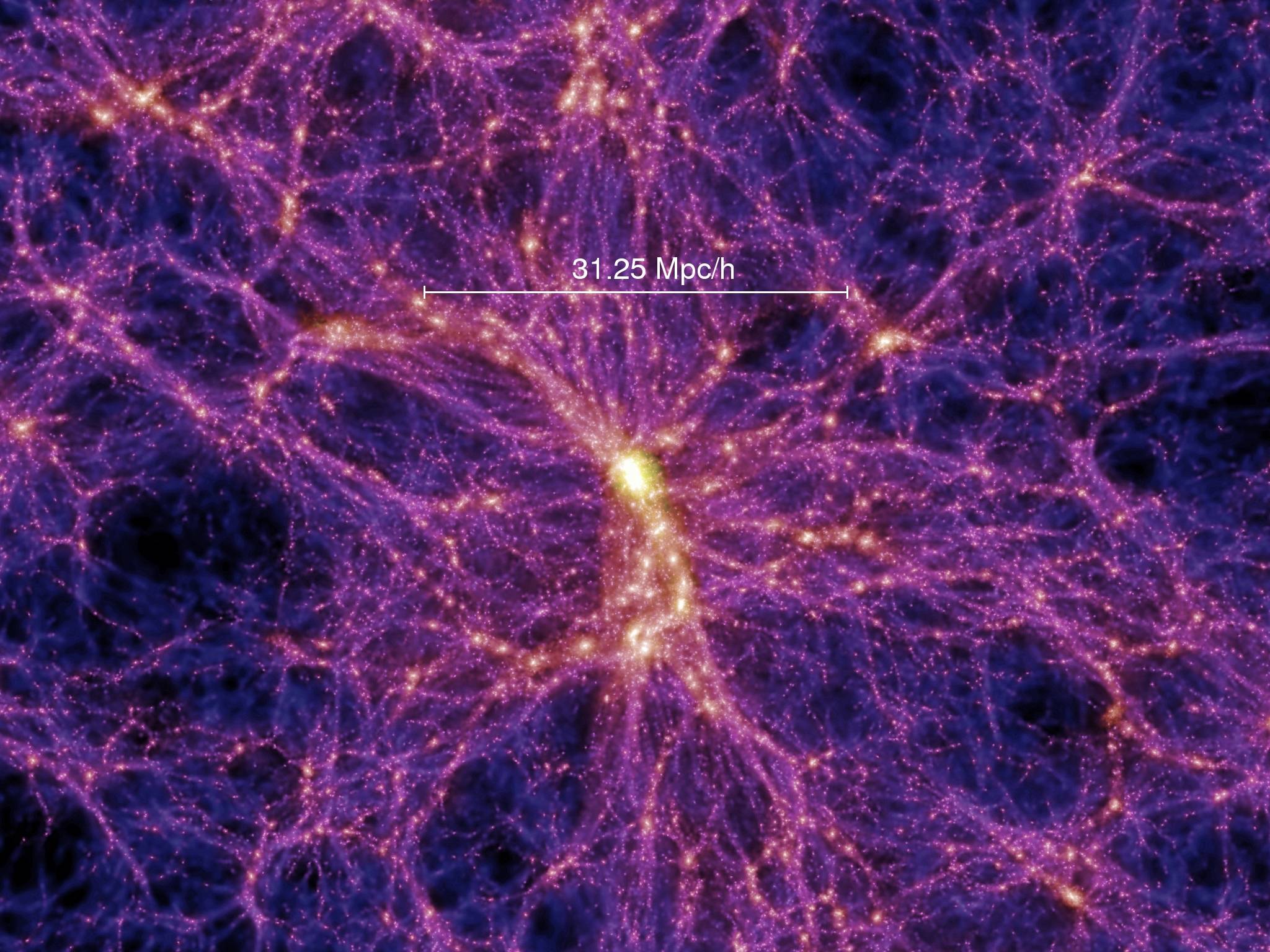 Hypothesised, weakly interacting, cold dark matter is affected by gravity, but behaves differently to normal matter, in terms of its spatial distribution and kinematics, because it is dissipationless. That is, it cannot lose kinetic energy through interactions and radiate heat away.

The distribution and motion of dark matter can be looked at on a number of scales. On the scale of galaxy clusters and superclusters, dark matter is arranged into voids and filaments, as shown by Zephyr's answer. It is decidedly non-uniform.

On the scale of a galaxy, our Milky way galaxy for instance, dark matter is thought to be distributed in a smoothly spherical, centrally concentrated way, and extends well beyond where the normal matter is found. The dark matter is moving; it orbits in the overall Galactic gravitational potential like everything else, but the orbits will be much more radial, rather than the circular orbits followed by stars in the disk of our Galaxy.

The spatial distribution of dark matter on solar system scales should be quite uniform, and be less than one hundredth the density of normal matter in interplanetary space. There should however be a small (of order 1% density contrast) gravitational focusing effect due to the Sun as the "wind" passes by it.