Is there an alternative (potentially easier to understand) Euler diagram of the new solar system body classification?

note: This question is asking for a representation of the astronomical classification scheme now used for solar system bodies as established (presumably) by the Working Group for Planetary System Nomenclature (WGPSN) of the International Astronomical Union or IAU. While graphical layout is mentioned as part of the question's motivation, the question is not about layout or graphics.

I am wondering if there is some attempt here to indicate relative numbers or ratios by the degree of overlap? Look closely at the small overlap of Minor Planets with Comets. Is that meant to reflect in some way a relatively small overlap quantitatively? Did you notice it took a while to even make sure you were seeing the overlap correctly? This style of layout requires the use of color perception to help identify which label is associated with which contour while simultaneously trying to follow one line in a groups of perfectly parallel lines.

Have other versions of this Euler diagram representation of solar system body classification been published? A link to one or even inclusion of the diagram in the answer itself would be greatly appreciated! 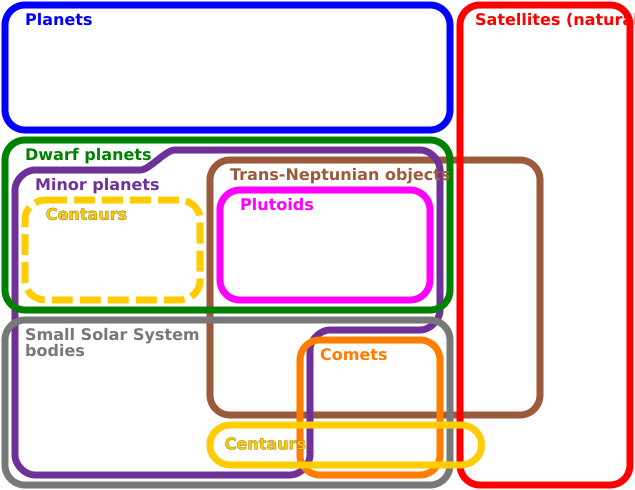 above: Example of an Euler diagram in this Wikipedia article, from here. 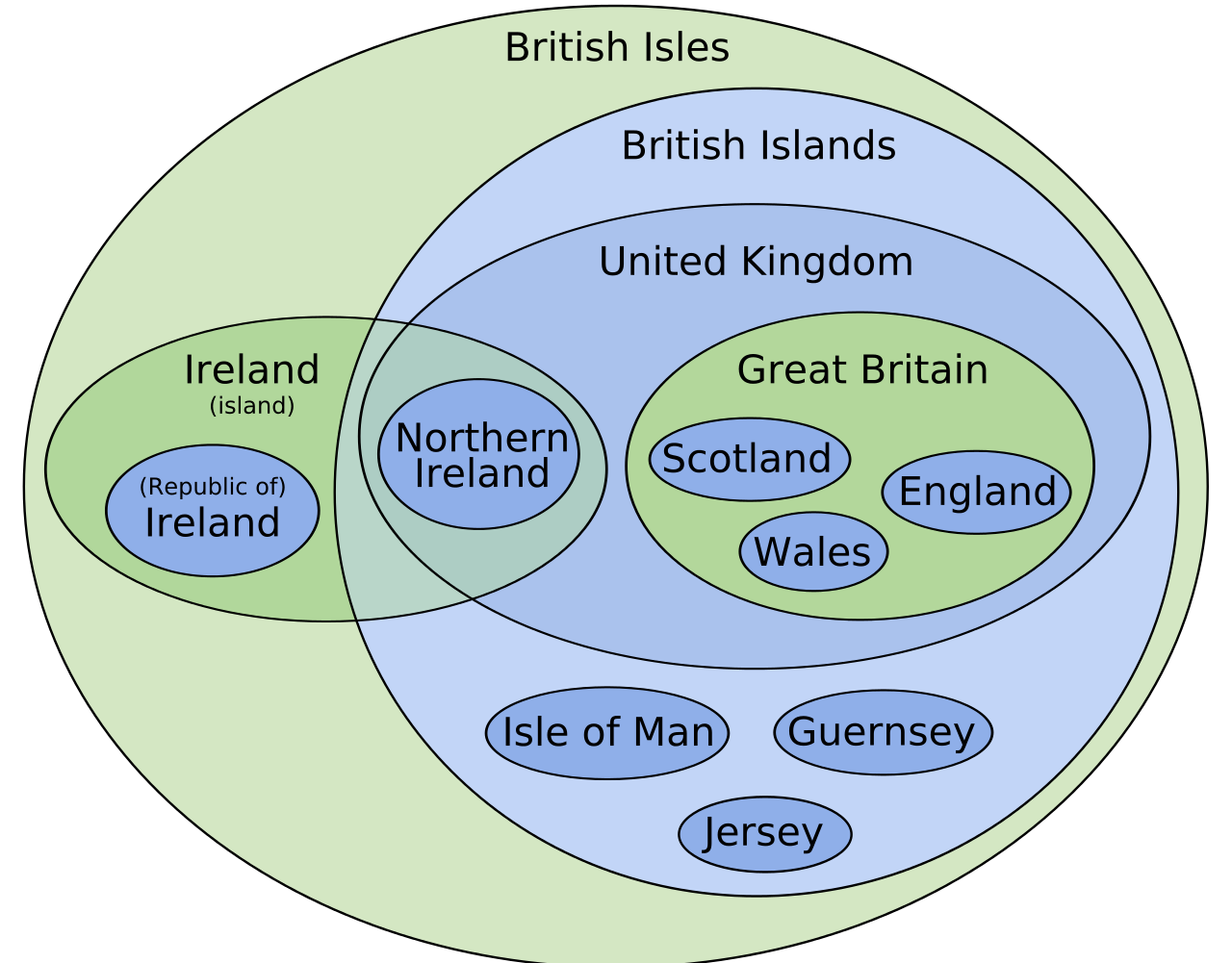 above: Example of a somewhat easier to use and understand Euler diagram, from here, used in the same Wikipedia article.

Per the IAU (Resolution B5, adopted by the 2006 IAU General Assembly), there are five supposedly mutually exclusive categories of things in the solar system:

Contrary to that resolution, these boundaries are fuzzy rather than sharp, particularly when one looks outside of our solar system. (Note well: The IAU definitions pertain to our solar system only. There are currently eight planets in the entire universe, with the possibility of growing to nine if the conjectures regarding a largish planet beyond Pluto turn out to be correct.)

Consider the first boundary, that which separates planets from stars. This becomes fuzzy with the smallest red dwarf and the largest super-Jupiter. There's no clear-cut boundary here. In fact, there's a good amount of debate over this very issue. This boundary is quite sharp in our solar system, but it almost certainly is anything but sharp in star systems beyond our own.

The second boundary, the one between planets and dwarf planets (which, despite the name, are not planets) also has the potential for being fuzzy. In our solar system, that boundary is once again rather sharp. Any time you can come up with a boundary that is separated by five orders of magnitude you have a nice sharp classification boundary. However, given the hugeness of the universe, there is almost certainly some star system out there, somewhere, where this boundary is as fuzzy as can be.

The fifth category, satellites vs non-satellites, opens yet another can of worms. Planets (particularly the giant planets) can temporarily capture objects as satellites, only to lose them as satellites after a short time (tens or even hundreds of thousands of years is a "short time" in this context).

Note well: I'm not saying Pluto should once again be promoted to the status of "planethood". That very sharp boundary (at least in our solar system) says that it most definitely is not a "planet".

But what about asteroids versus comets, which is what started this series of questions? That boundary is ridiculously fuzzy. Fuzzy logic (a real and serious concept) doesn't come close to addressing how "fuzzy" this is. Centaurs and formerly active comets are the boundary cases. There is no boundary. There instead is a soft melding from one to another.

Not the answer you're looking for? Browse other questions tagged asteroids comets classification visualization or ask your own question.

8
Do astronomers generally agree that the distinction between comets and asteroids is not so clear?

10
What is the origin of the OBAFGKM classification system?
4
Is Ceres in the inner solar system or outer solar system?
0
Is there sufficient evidence to confirm additional Planet in solar system
2
What (actually) defines an Aten-class near-earth asteroid?
1
Ceres is spherical, Vesta isn't – is it the largest non-spherical solid body in the solar system?
0
How do comets and other solar system bodies gain energy to exit the solar system?
2
How significant are the recent results that Scholz’s Star has perturbed several observed hyperbolic objects?
4
Is a comet necessarily confined to the solar system?
1
How do they know how far out Farout is? (2018 VG18)
2
Which solar system objects have the least stable solar orbits?