Can some stars not emit any energy in the visible spectrum?

Stars convert mass into energy. Even converting the slightest mass into energy is immense because the speed of light is so great and $E = mc^2$. This means that stars have to emit large amounts of energy. So can they emit so much energy in a form of electromagnetic radiation that is not visible light? Resulting in a star that cannot be detected using our senses(+ a telescope). If so what problems could this star pose?

Light that is not light

Stars emit lots of energy at frequencies that are outside the visible range.

If dark matter were in star-like objects, it sounds very unlikely that there would not be any EM radiation as a result of the interactions that would result in a star-like object. We'd detect it if it were there. So I don't think that's likely.

You mix up a lot of things in your assumptions.

The way stars produce energy is nuclear fusion. One main process there is the tripple-alpha process, which releases a net energy of about $E \sim 7$ MeV (that is not that much)

So can they emit so much energy in a form of light that is not light?

By light you are speaking of visible light. But radiation goes over all frequencies and wavelength, not just the one the human eye can see (which is roughly $\lambda = 400 - 700$ nm). Here you want to check out the theory behind black body radiation, which describes - more or less - the intensity of the light at different wavelengths/frequencies at a given temperature.

For an overwiev, look at this figure. The sun's surface temperature ist about 6000 Kelvin, so you can infer, that it's radiation maximum is in the range, which the human eye would perceive as green. 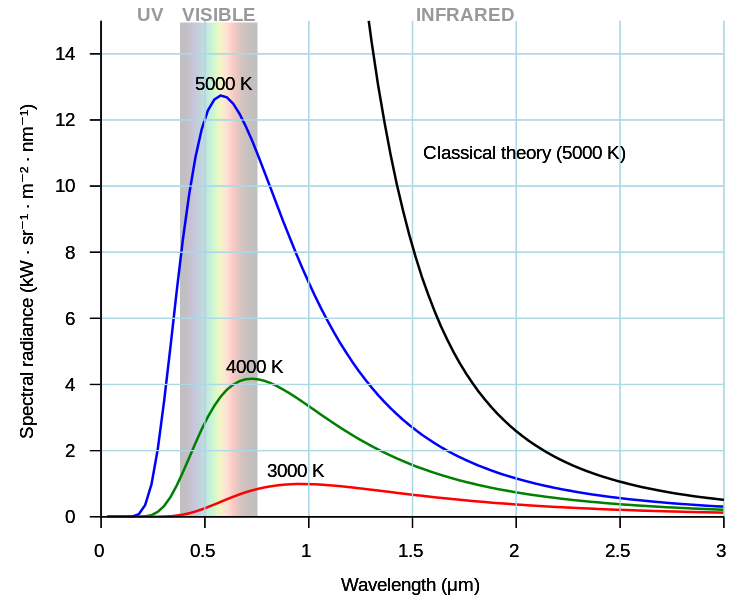 So can they emit so much energy in a form of light that is not light? Resulting in a star that cannot be detected using our senses(+ a telescope).

The hottest of stars emit most of their radiation as x-rays and ultraviolet light, but they also emit a lot of visible light. These very hot stars are quite large, short-lived, and very rare. The coolest of stars emit most of their radiation in the infrared, but they also emit some light in the visible range. These very cool stars are quite small, very long-lived, and extremely numerous. Their cool temperatures makes them rather hard to see, even in the infrared.

If so what problems could this star pose? Could this be dark matter?

The very smallest of those cool stars, along with black holes, cool neutron stars, brown dwarfs, and rogue planets collectively form a set of candidates for dark matter called "massive astrophysical compact halo objects", or MACHOs for short. However, theoretical calculations along with observations says that MACHOs can account for at most about 20% of dark matter.

I will just point out two things that haven't really been discussed above.

Firstly, stars generally fall into two categories. 'Hot stars' are those that convert mass into energy by nuclear fusion, and 'cold stars' are those that have ended the nuclear burning phase, e.g. white dwarfs and neutron stars. These still have a finite temperature and therefore will emit radiation. As you can imagine, however, since they no longer produce energy, eventually they will become actually cold, hence not radiating (or radiating very little).

The second point to note is that radiations from stars far away are redshifted as they reach us, and they are likely to be attenuated by dust. Therefore, even if the radiation itself when emitted is visible light, by the time it gets to us it may no longer be. However, there are still many other different spectroscopic techniques that will allow us to 'see' it.

Not the answer you're looking for? Browse other questions tagged light fundamental-astronomy space spectroscopy or ask your own question.

11
How does light affect the universe?
3
Any cheap (<100 euro) tools for observing the lines in solar spectrum?
20
Could light be dark matter?
12
Are there stars that don't emit visible light?
1
Why can falling stars only be seen moving down towards horizon not up away from horizon?
20
How can a supermassive black hole cause so much energy to enlighten its matter when its massive gravity prevents light to escape?
1
At what speed does something have to travel away from us for it to red shift enough that it becomes invisible to the human eye?
16
Can a star emit heat but no visible light?
2
Spectra of different stellar classes?