What aliphatic compounds were found on Ceres, and how where they identified?

While the scientists aren’t sure exactly what the compounds are, the fingerprint is characteristic of material containing carbon-hydrogen bonds, and may include components like methyl and methylene.

I've located the mentioned Science article Localized aliphatic organic material on the surface of Ceres but it is paywalled.

What was found? Is it some spectroscopic feature? Aliphatic compounds are hydrocarbons that are not aromatic. Is there a spectral feature that says "I am not aromatic" specifically, or does this just mean that aromaticity was not detected?

OK, I did a bit of research on this. The LA Times article you quoted says something a little bit useful.

While the scientists aren’t sure exactly what the compounds are, the fingerprint is characteristic of material containing carbon-hydrogen bonds, and may include components like methyl and methylene.

Methyl means a carbon with at least 3 hydrogen bonded to it. Because carbon has 4 bonds, that 4th bond can be part of a chain, so a methyl group offers a very large body of molecules to choose from. 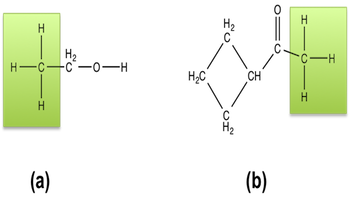 Methlyene is a carbon with 2 hydrogen.

This article, which is a pretty good summary, says:

The organic molecules that have been detected on Ceres are complex aliphatic compounds that seem to be almost tar-like in nature.

Tar is a pretty nonspecific term, tar-like even more so, but tar is made by cooking coal or wood without oxygen, so I would assume this implies it's not Oxygen rich. More "simple" complex hydrocarbon chains (and because "simple" complex is somewhat confusing, another way to say that it's probably mostly Cs and Hs in a fairly big molecule, probably 5, maybe 6 carbons minimum I would think, otherwise it would be too quickly sublimated into gas. Tar like aliphatic compounds would still be vulnerable to photo-disintegration by UV light from the sun, which is common enough on Ceres Surface, but would be high enough melting points to not evaporate somewhat rapidly like shorter chains would. That these compounds were found locally probably implies somewhat recent, localized hydro-thermal activity.

There is a weak alkene CH stretch above 3000 cm-1. This comes from the C-H bonds on carbons 1 and 2, the two carbons that are held together by the double bond. The strong CH stretch bands below 3000 cm-1 come from carbon-hydrogen bonds in the CH2 and CH3 groups.

The IR spectrum for benzene, C6H6, has only four prominent bands because it is a very symmetric molecule. Every carbon has a single bond to a hydrogen. Each carbon is bonded to two other carbons and the carbon-carbon bonds are alike for all six carbons. The molecule is planar. The aromatic CH stretch appears at 3100-3000 cm-1 There are aromatic CC stretch bands (for the carbon-carbon bonds in the aromatic ring) at about 1500 cm-1. Two bands are caused by bending motions involving carbon-hydrogen bonds.

So, less than 3,000 cm wavelength implies what the LA-Times article said, Methyl and Methylene or CH3 and CH2 groups on fairly long chain carbon molecules, probably tar-like. But that's hundreds, perhaps thousands of molecules that fit those criteria, some with single bonds between carbons, some with double bonds, some maybe more complex and from all the articles I've read, they don't know which ones. They can't tell which hydrocarbons by orbiting spectroscopy, they can only see the signature of the CH3 and/or CH2 groups at the end of the chains.

To know which molecules, they'll need to test a sample. So, a mars-like rover is probably going to go to Ceres at some point.

Why this is interesting is that these molecules aren't that long lived on the surface of Ceres, because UV light form the sun destroys them and they're location implies they came from inside Ceres, probably by hydro-thermal activity. There's also ammonia rich clay and carbonate rich clay and those are 3 key ingredients to life. None of this is proof that there's life underground in Ceres, but the ingredients are all there (or mostly there). Warm water (below the surface - and Ceres has a lot of internal water based on it's density), and the basic building blocks. It's still a far cry from proof of life as nothing has been found on the surface of Ceres that doesn't exist in comets, other than the implication of underground liquid water. But having all the ingredients in the same place is interesting.

Small point to add, but the article above mention Ammoniated Clay and Carbonates. Both of those are building blocks. Neither is organic.

This is strengthened by the fact that the molecules are found together with carbonates and clays containing ammonia. These have been observed in many regions of Ceres

Carbonates are simple. A molecule or molecules bound to a CO3(2-) is a carbonate. 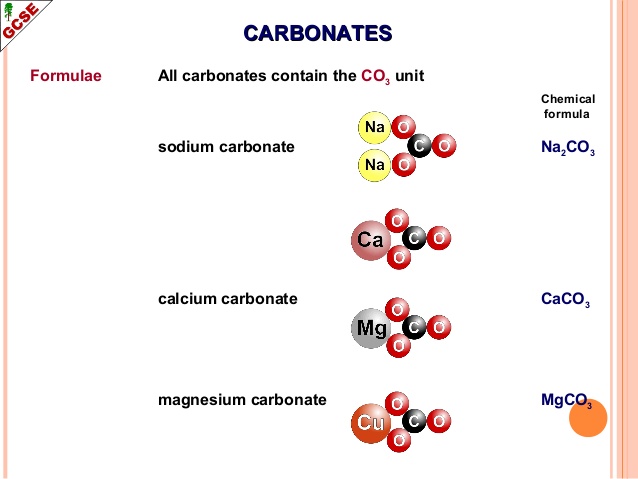 Ammoniated clay took some looking up, but I found this:

The orbiting Dawn spacecraft has a more ideal perch to observe how molecules on the dwarf planet’s surface reflect various wavelengths of light. It was in those wavelengths that Dawn investigator Carle Pieters and her colleagues spied the signature of ammoniated phyllosilicates, which are minerals similar to clays on Earth, mixed in with other materials.

Phyllosilicates are just clay or dissolved rock, with one or more OH- molecules. Ammoniated Phylosilicates, instead of having an OH- (Hydroxy group) have one or more NH2- (amides) or perhaps NH4+ (ammonium), which is a different charge so that wouldn't replace the OH but might still bond with silicates with hydro-thermal mixing.

The researchers also identified a mixture of minerals on the surface of Ceres, which they think are ammonia-bearing clay minerals and magnesium carbonate. The clay minerals could have been produced by silicates reacting with ammonia ice. However, if Ceres had formed where it is now, it would not have been able to pick up any ammonia ice to enable such a reaction

Ceres ammonia clay implies ammonia rich waters under it's surface, so Ceres may have formed further away from the sun than it's current position, perhaps in the Kuipebelt where ammonia ice can exist and be part of a planet or moon's formation. Ceres lower density than most asteroid belt objects is also evidence of that. While it's important that Ceres has abundant ammonia, where it formed isn't relevant to this question.

Somewhat complex Chemistry happening inside a planet with heat, pressure and liquid water isn't surprising. None of these discoveries are even close to proof that Ceres has life, but they indicate that Ceres has all the basic building blocks of life. Bound Ammonia, hydrocarbons, carbonates and liquid water. It's still a huge step from building blocks to life, but these ingredients suggest it's worth taking a closer look.

Corrections are welcome. That's all I could deduce from reading the articles.

Not the answer you're looking for? Browse other questions tagged astrochemistry ceres or ask your own question.