Will Sirius B start accreting from A and become a supernova type Ia?

Sirius B is a massive white dwarf of 1 Solar mass, orbiting at about 25 AU distance from the 2 Solar mass Sirius A. As it evolves and expands, will the A star start shedding matter to the white dwarf, and when will this start happening? Will the Sun be at a safe distance when/if it does happen, or is Sirius our doom?

Will Sirius B start accreting? Yes, it is doing so now. Sirius A will have a wind and some of that wind will be captured by the white dwarf.

The effectiveness of wind capture is a strong function of relative wind speed. An analytic approximation to the accretion rate, known as Bondi-Hoyle accretion, goes as the inverse cube of the relative speed. In its present evolutionary state, the mass loss from Sirius A will be relatively weak (like the Sun) and relatively fast (like the Sun). This disfavours any significant accretion by the white dwarf.

However, in the later stages of its life, Sirius A will swell to become an asymptotic giant star. The envelopes of such stars are gradually (on timescales of millions of years) blown away quite slowly by a dusty wind. If Sirius A is around 2 solar masses now, it will lose about 1.4 solar masses during this phase at speeds of only 10-20 km/s.

Only a fraction of this mass may be accreted by the white dwarf, because the separation between the stars is still large at 25 AU (and will become larger as mass is lost from the system) compared with the likely terminal size of Sirius A (probably of order 2 au). If you look at the likely Roche lobe size, then Roche lobe overflow would require A to reach about 40% of the separation, which isn't going to happen. Exactly what fraction is captured by the less efficient wind accretion process (the majority will likely disappear into space and widen the orbit) depends strongly on the wind speed, which is hard to predict.

Even if Sirius B could accrete the 0.35-0.4 solar masses (I think that is unlikely, but lack the wherewithal to do the hydrodynamic simulation) it needs to become unstable, it is not clear if that mass will "stick". A build up of hydrogen-rich material can ignite and explode in a nova (not supernova) on the surface of a white dwarf, causing mass loss!

Finally, when will this happen? Well Sirius is probably about 300 million years old now and has another perhaps 500 million years before it starts to evolve in the way I described. It will be nowhere near the Sun then.

The distance between Sirius A and B is between 8 and 31.5 AU and even when Sirius A becomes a red giant it will be still above 6 AU. Such distance is too large and does not allow Sirius B to accrete significant mass, almost all mass lost by Sirius A as a red giant and later AGB will escape into space. Sirius B may become a recurrent nova due to some accretion, but will not gain enough mass to explode as supernova, it will hardly gain even 0.05-0.1 solar masses.

Sirius b is 1.02 solar masses and is a carbon-oxygen white dwarf. The critical mass depends on its composition, an iron composition white dwarf may have a critical mass of as low as 1.0667 solar masses, see column seven of the last row of table 3 in this paper. They get lower than the usual values through considering inverse beta decay (proton plus electron combine to make a neutron) also called neutronization. It’s a difficult calculation.

Anyway with that paper’s suggested correction, again using their table 3, it’s 1.3846 for oxygen and 1.3916 for carbon white dwarfs. Sirius b is still well below critical mass. When that does happen, Sirius b is probably too far away to accumulated enough gas from it to go supernova and anyway all the stars are moving around the galaxy, chances are that Sirius is a vast distance from us before this can happen, see Rob Jeffries' answer

There is another possibility, a sub-Chandrasekar white dwarf. This is a recent idea that it’s possible for a lighter white dwarf to go supernova without reaching the Chandrasekhar limit, making a less energetic supernova. According to this paper there is some statistical evidence that there may be fewer white dwarfs of mass of 1.1 solar masses and higher than you’d expect from the predicted range of birth masses, suggesting that maybe some of them go supernova as they cool down. It's unlikely to apply to Sirius b though.

"Sirius b, the right-most magenta diamond, is unlikely to produce a supernova unless the critical density is significantly lower than the value taken in fig. 3. In this improbable case many of the high mass dwarfs from ref. [16] would have to be undergoing significant accretion in order to survive to the measured ages." Degeneracy Breakdown as a Source of Supernovae Ia 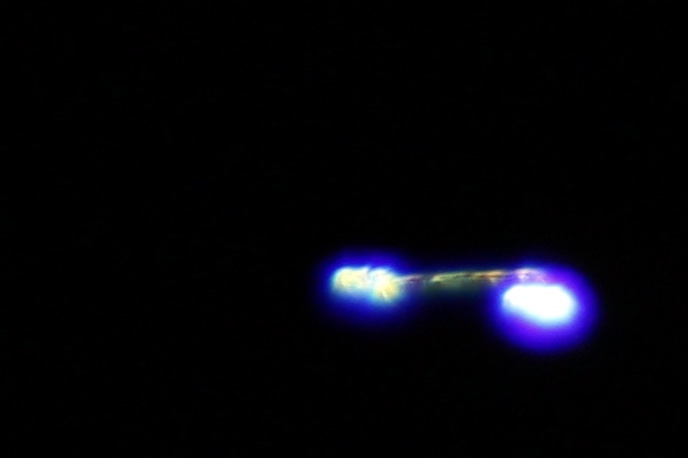 It is certainly possible, see the picture.

Not the answer you're looking for? Browse other questions tagged supernova binary-star white-dwarf .

3
Will it be dangerous when close stars become Red Giants?

14
How much mass will the Sun have when it becomes a white dwarf?
4
How massive does a main sequence star need to be to go type 1 supernova?
4
How bright can white dwarf stars glow as they accrete matter?
0
What if a white dwarf is less massive than her partner?
1
Are white dwarfs the ones always absorbing mass from a companion?
10
If Sunlike stars become a red giant and eventually a white dwarf, what do red dwarfs become?
3
Do more massive stars become larger or smaller white dwarfs?
6
The two channels of Type Ia SNe and their use as standard candles