Can this picture of the moon directly above the sun from the horizon be real?

I recently saw this image, but somebody told me that it is fake, possibly photoshopped. The moon and the sun appear to be on the same perpendicular from the horizon. Is there any way to tell if this shot was actually captured? 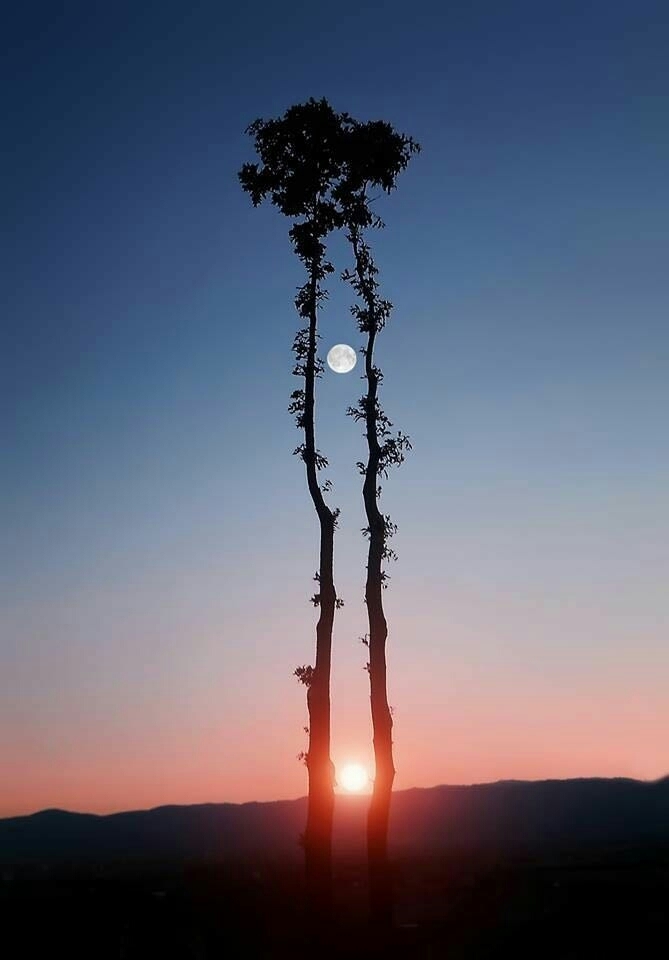 No, it's not real. Given that the moon appears to be nearly full, it would be near to the horizon opposite the sun, which is clearly not the case. Also the framing of the sun and moon between the trees means that the sun and moon are on the same side of the trees, which is not possible when the moon is full.

No, neither is true. The moon itself does not emit light at optical wavelengths. It only reflects the sunlight, although in rare cases you can see it reflecting light from our earth (in which case the light is also from the sun). The side being illuminated should face the sun. So, if you see the sun aligned with the moon as in the photo, it must be faked. But you need the moon and the sun to be in the same line of sight in this case, e.g. a solar/moon eclipse.

The position of the moon and the sun in this picture are possible.

It's more feasible in between the tropics and depends on the direction of the moon orbit inclination.

The issue in this picture is the homogeneous brightness of the moon.

It's look like a full moon, which happen when the observer (here we will talk about the earth) is between the moon and sun, which is not the case in this picture.

Here a picture of it: 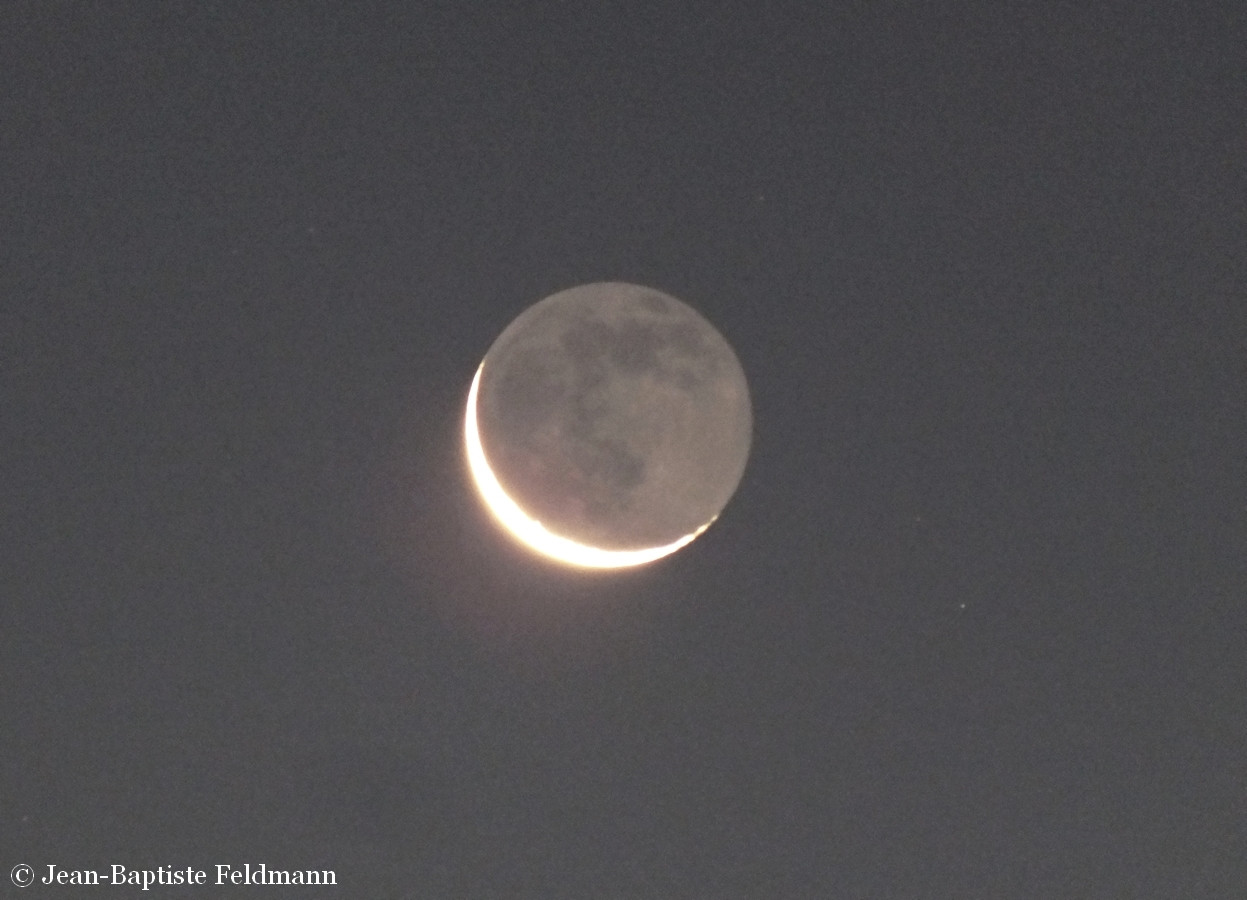 And another one with tree to have a brightness reference: 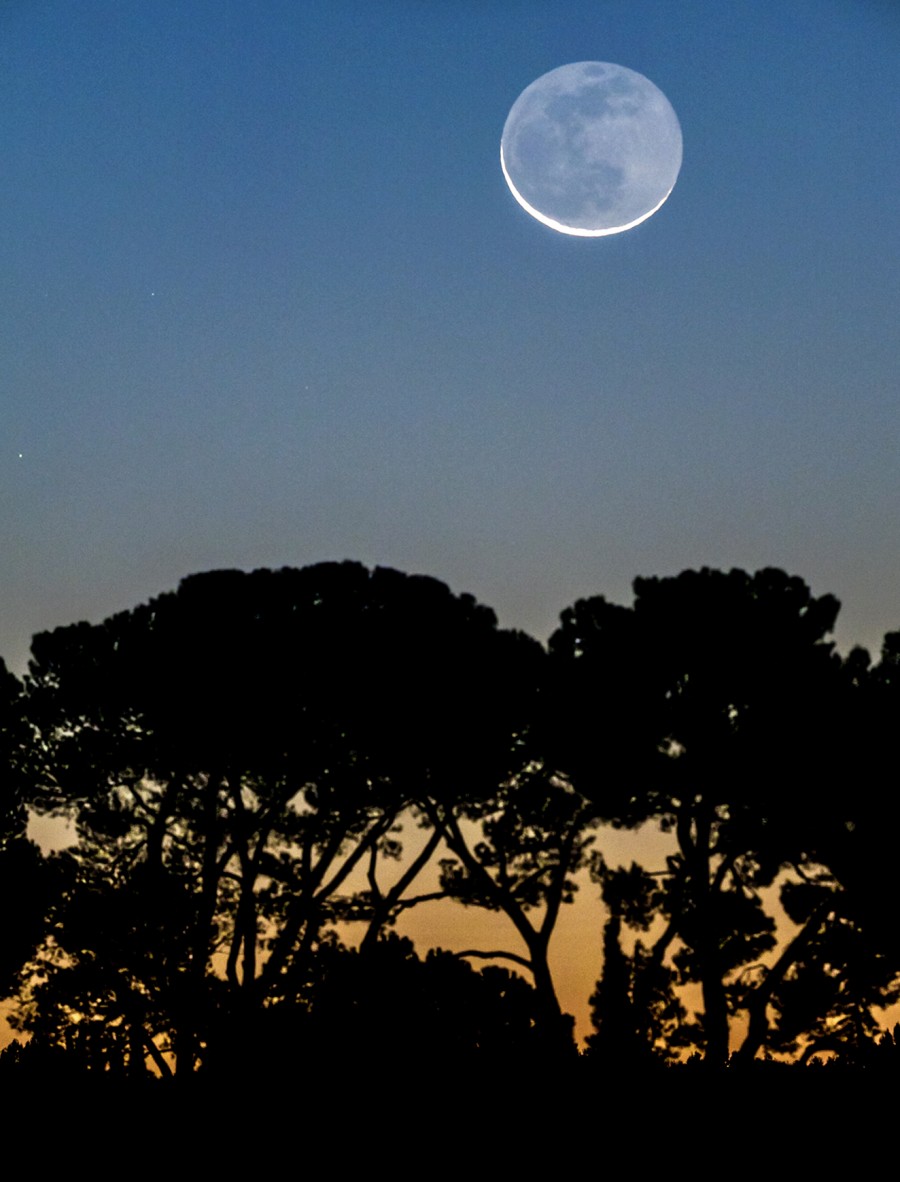 We can't see such a contrast on the original image. And the picture doesn't look like a HDR image.

So yes. This is a photomontage.

Yes, these celestial bodies in certain positions can produce this alignment, but the brightness of the moon is the dead give away, besides the fact that the sun couldn't possibly illuminate the side of the moon facing earth from 93 million miles behind it. At least not with this brightness.

Not the answer you're looking for? Browse other questions tagged the-sun the-moon or ask your own question.

17
Will Earth lose the Moon before the Sun goes into supernova?
25
Can you see man-made lights on the dark side of the Earth from the surface of the moon with the naked eye?
3
From our world's perspective, does the full moon look larger in one city than it does in another?
1
Lunar terminator illusion
30
What is this web on the surface of the Sun?
5
Sun, Moon: Relative Distance from Crescent?
2
Does the Sun and Moon basically appear to "move on the sky" identically regardless of location and date?
1
A plot of the Moon-rise/sets on the Horizon Location