How were the first stars formed?

In class, we read a Scientific American article, "Cloudy with a Chance of Stars" that explained how the cores and the dust around them formed stars(he called them eggs for a chicken/egg analogy, where cores are eggs and I suppose novae are the chickens because the novae cause the core to start to collapse), but we don't know how the very first stars were actually formed.

What are the leading hypotheses in this area, or am I misinterpreting the article? If you have a Scientific American account, here's the article I am referring to.

It is a question of where, but also to better understand, you must know when it happened. Because earls structure was different from today's.

From wiki on Universe's chronology, 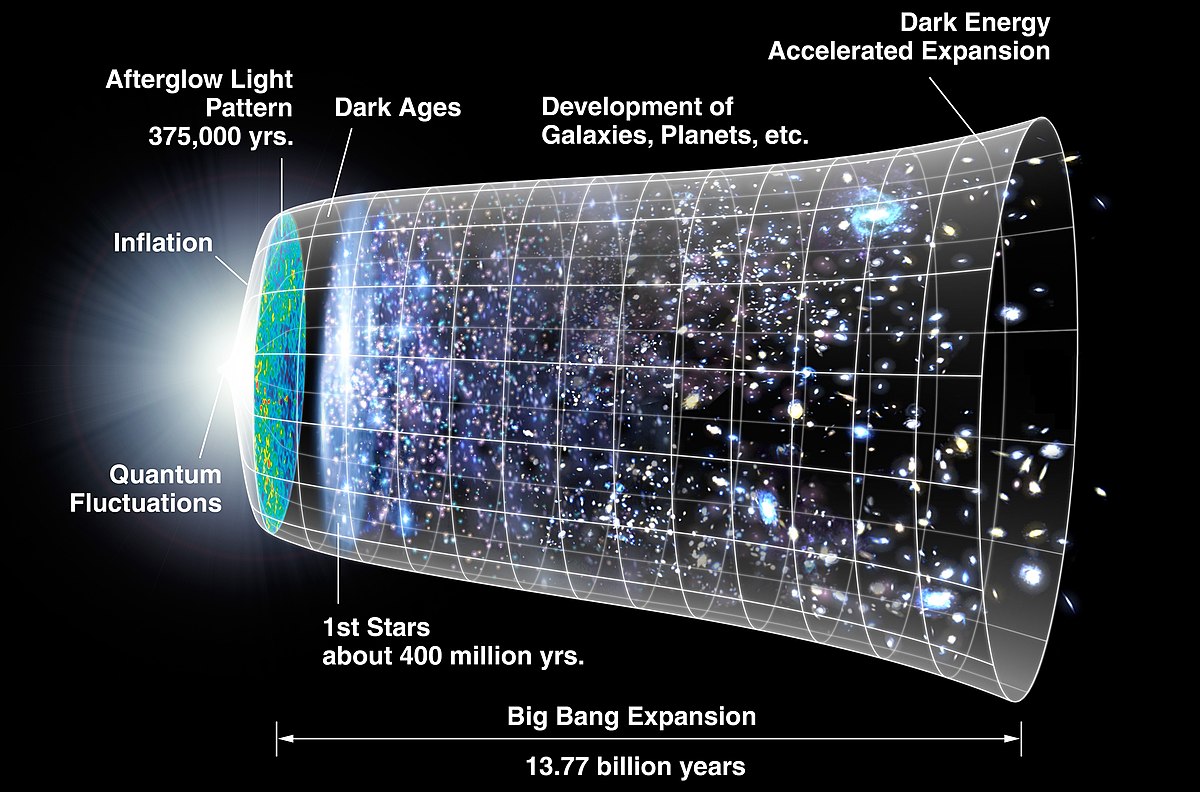 you will learn that first stars are thought to appear when the Universe is about 3% of its current age, i.e. 400 million years old. This is the time it took for first atoms to cool down sufficiently and gather together in the clouds in question.

To see where first star formation happened, we have the possibility to look back in time. 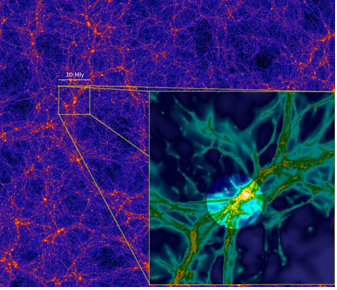 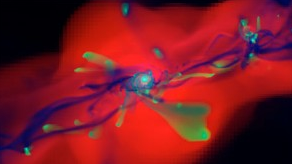 Clusters where the denser places of the universe, and due to this highest matter density, is where first stars where created. 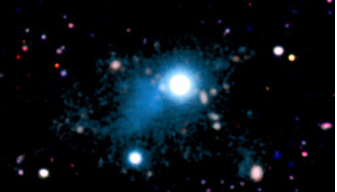 The Lyman-alpha blob (blue fuzz) surrounding the quasar UM 287 (white dot in center) extends 1.5 million light-years long, far too big to be contained within the quasar's host galaxy or the host galaxy's halo. The blue fuzz is likely to be part of a cosmic web filament.

I invite you to get a better idea of what we can see of the distribution of stars from our planet here, where you can zoom in and out and get an understanding of scales.

The universe began with a Big Bang, which supplied the universe with huge amounts of matter in the form of free quarks and electrons. After the universe had expanded for a bit, it cooled enough for simple atoms like hydrogen-1 and helium-4 . This time was known as 'the dark ages' because light could not easily penetrate the matter, and besides, there were not any stars to create light.

However, the matter created at the beginning of the dark ages was not evenly distributed. The regions with slightly more matter ended up attracting, through gravity, more and more matter to the protostar. The matter eventually condensed to a critical density, where fusion begins. This seems to be the leading hypothesis as I searched through several sources, including The Formation of the First Stars and Galaxies and The First Stars in the Universe - Yale Astronomy.

Not the answer you're looking for? Browse other questions tagged star star-formation early-universe or ask your own question.

2
How come, in our lifetime, we will see the first stars which ever formed?
2
How was the Sun formed?
6
Were all first generation stars of same mass and size?
15
Characteristics of the first planets in the Universe?
15
What was the absolute limit to the possible sizes of the first stars formed from “primordial material with no metals”?
14
How can many stars be formed from the remains of one supernova?
5
How many generations of stars can be formed in the Stelliferous Era?
1
How can a very old star be formed among Population III stars?