Is it unlikely for a meteor to hit the day side of the earth?

What seems unlikely to me is where the meteor hits. It seems intuitive to me that statistics would favor a meteor strike on the night side of the planet rather than the day side. Or, possibly from the transition between day and night if the meteor came in from the side.

Is my suspicion correct? Is it unlikely for a meteor to hit the earth on the day side and far more likely to hit the night side?

To clarify, I'm thinking of significant meteor strike, like the Chicxulub impact that killed off the dinosaurs. If something that massive came in from the day side, wouldn't it more likely to have been captured or redirected by the sun because of the sun's gravity?

Remember that the Earth, and the meteoroid, are both in orbit around the sun. As the meteoroid approaches Earth, it will also curve due to Earth's gravity. If you imagine the Earth to be stationary and the meteoroid to be moving in a straight line your intuition is likely to be wrong.

The result of the complex dynamics is that there is no time or direction from which it is impossible for a meteoroid to have come from. On average the direction of impact is 45 degrees, and the timing is somewhat more likely in the morning when the rotation of Earth combines with its movement through space. A direct impact at noon, from the apparent direction of the sun, is unlikely but possible.

When you look at lists of meteors, many are at night. Except the brightest fireballs, a meteor is much more noticeable at night.

Nasa hs a database of boloids: http://neo.jpl.nasa.gov/fireballs/ By combining the UT time with the latitude information it is possible to get an estimate of the local solar time of the fireball: 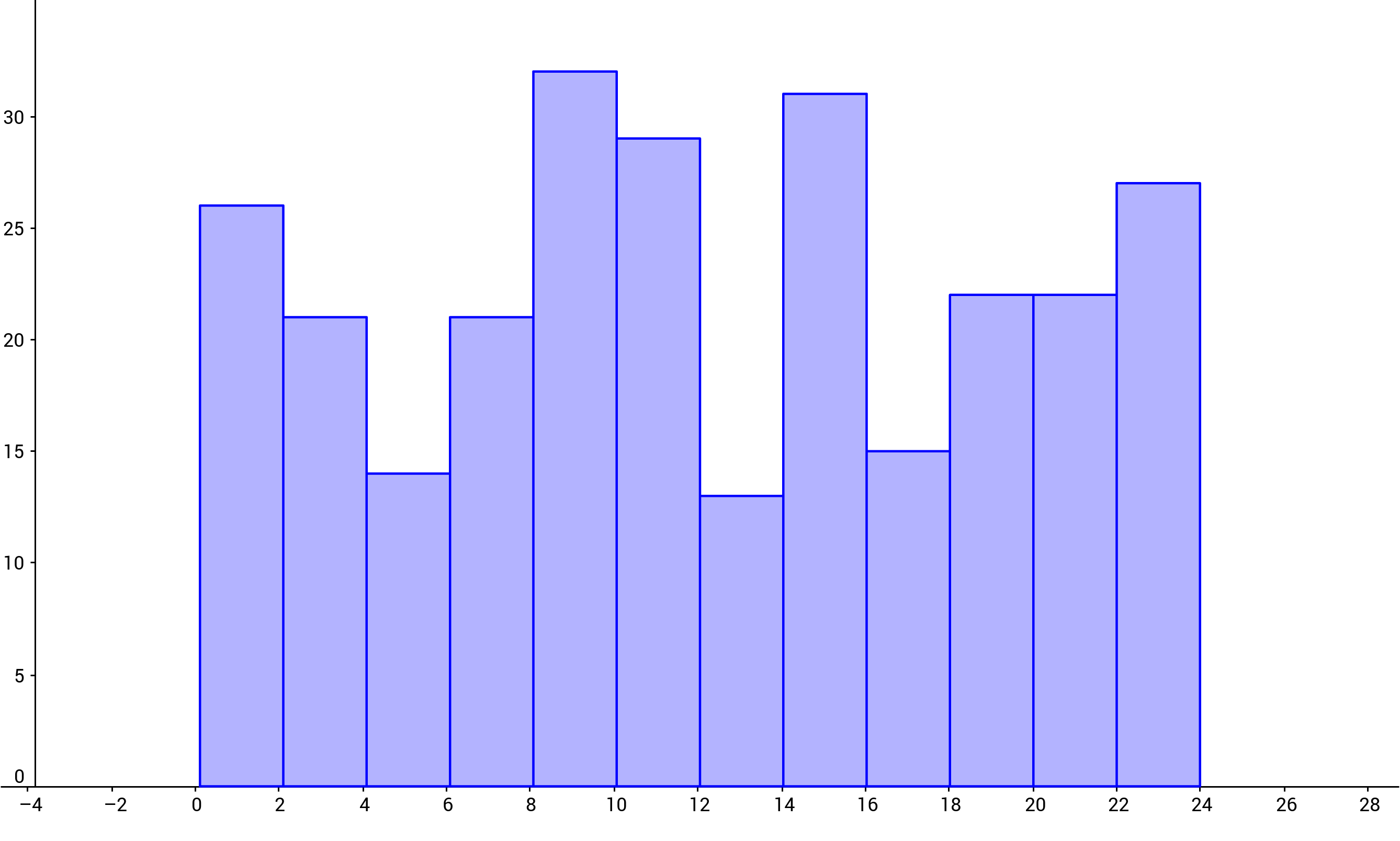 This histogram of time of impact of about 250 fireballs since 2007 shows no particular decrease around midday. The documentary graphics may show an apparently fully lit earth, and a perpendicular impact as it is easier to recognise the Day side of the Earth, and it looks more dramatic.

21
Have we ever observed a large meteor hit the Moon?
8
Why did the Chelyabinsk meteor explode?
6
How can I observe the Orionid Meteor Shower?
4
Where will I be able to see the Lyrid meteor shower?
2
Is there any way a meteor can hit at less than escape velocity?
3
How many meteors hit the moon every day or in how many days does a new meteor hit the moon?
4
What's the distribution curve for meteor sightings?
6
Earth Versus Catastrophic Meteor
1
Does this video catch an Eta Aquarid - Earth skimming meteor?