How are gravitational lensing and dark matter related?

Gravitational lensing of background galaxies and quasars is used to probe the amount of gravitating matter in foreground objects such as clusters of galaxies.

Here is an example, taken with the Hubble Space Telescope. 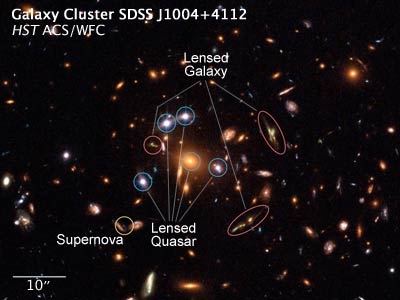 The shapes of these lensed objects can be used to deduce the gravitational potential in the foreground cluster. This potential is due both to the galaxies that can be seen, hot intra-cluster gas (that can be seen in X-rays), but chiefly is due to dark matter that pervades the cluster. Thus a combination of optical, X-ray and lensing observations can map the distribution of dark matter and hot gas in the cluster.

An example is shown below for Abell 1689, where the diffuse, blobby emission is a false-colour representation of the density distribution of dark matter inferred to be in this cluster from the many lensed images of background galaxies that can be seen. 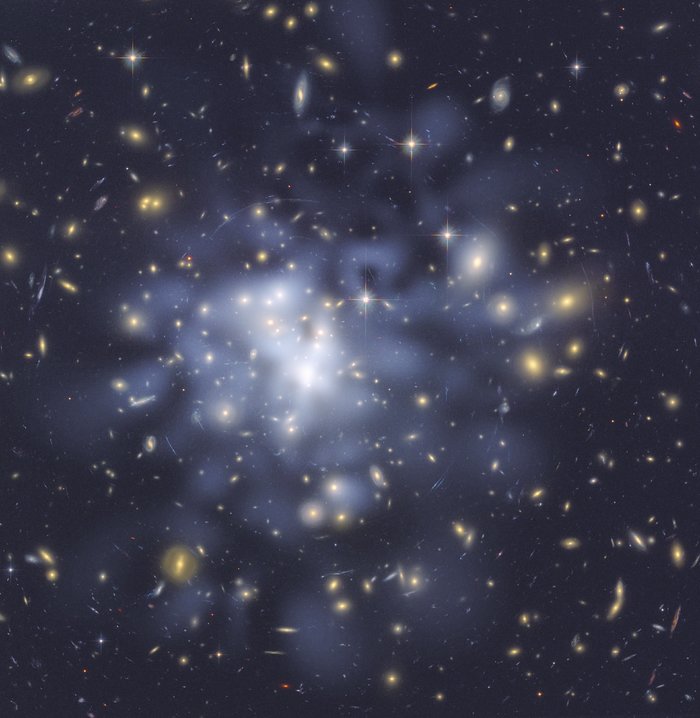 A particularly important example that is a landmark in dark matter research is the Bullet Cluster. This is actually two clusters that appear to have collided and passed through each other about 150 million years ago. The distribution of galaxies in the clusters can be seen in optical images; the hot gas can be traced by X-ray observations and the dark matter is traced by looking at the lensed images of distant background galaxies.

The key image is shown below - it illustrates the distribution of optical galaxies, the X-ray-emitting hot gas (pink/red) and the inferred distribution of dark matter (blue).

As the clusters move through each other, the hot gas interacts and piles up into bow-shocks that are displaced from the distribution of optical galaxies. On the other hand, the dark matter, which is thought to consist of non-baryonic, non-interacting particles remains centred on the visible galaxies and each dark matter "cloud" has apparently passed through the other with no interaction occuring.

The displacement between the hot gas and the majority of the gravitating matter, that is dark, is very strong evidence for a non-baryonic particle description of dark matter, rather than some of the alternatives to dark matter like Modified Newtonian Dynamics. 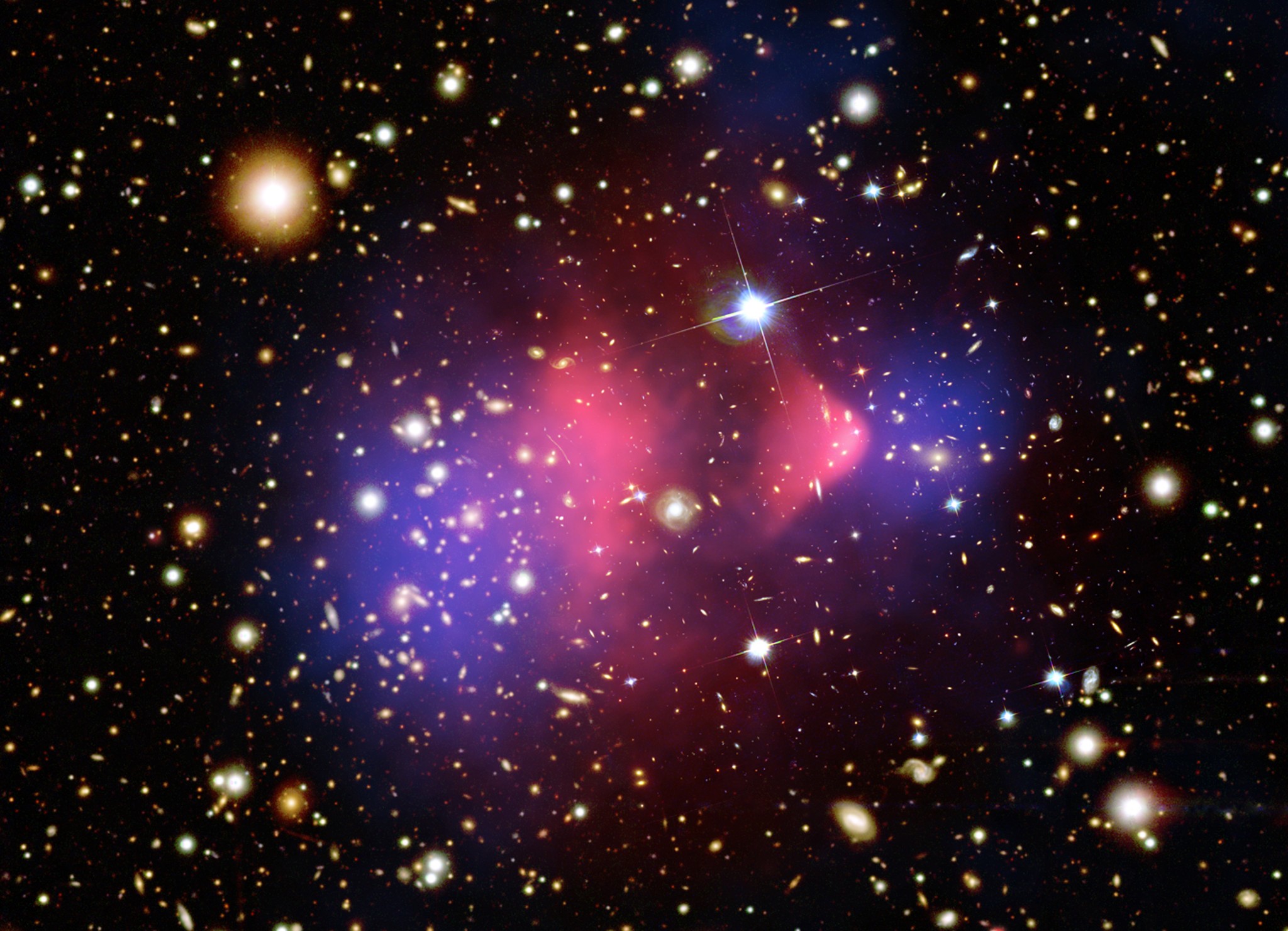 While it is generally believed that most dark matter is in the form of exotic particles that don't interact with normal matter, a certain proportion of the dark matter in the universe is made up of ordinary matter that is simply dark. This matter could be in the form of brown dwarfs, rogue planets, or even small black holes. The common property is that the mass in these objects is formed of normal atoms, not from anything exotic. But these objects are invisible because they are too cool to shine, and too small to image directly.

If a MACHO were to pass in front of a star, the mass of the MACHO would cause light from the star to be slightly bent, and become focussed. The result would be the star would briefly brighten.

The frequency of such events places limits on how many such MACHOs there are in space. The conclusion is that there are not nearly enough to account for all the mass in the galaxy, and so there must be something else, something exotic, a particle that we haven't yet detected, a weakly interacting massive particle, or WIMP.

So gravitational lensing is used to detect a specific type of dark matter, the MACHO.

Gravitational lenses magnifies the appearance of themselves so in the case of a galaxy it looks bigger than it is. Thus the outer stars in a galaxy seems to move faster than they do.

For example the Sun deflects light passing from minus infinity to us 1.75 seconds of arc. Say that half of that value is the amount it deflects its own light at its edge, then the Sun looks 200 km wider.

Not the answer you're looking for? Browse other questions tagged dark-matter gravitational-lensing or ask your own question.