What elements and compounds would be present in a red gas giant?

What would give a gas giant a red color (dark or light)?

It's a more complicated question than it appears. Also, a couple points are in order.

Two, color is a very narrow perspective. We see, only a narrow band of the spectrum. 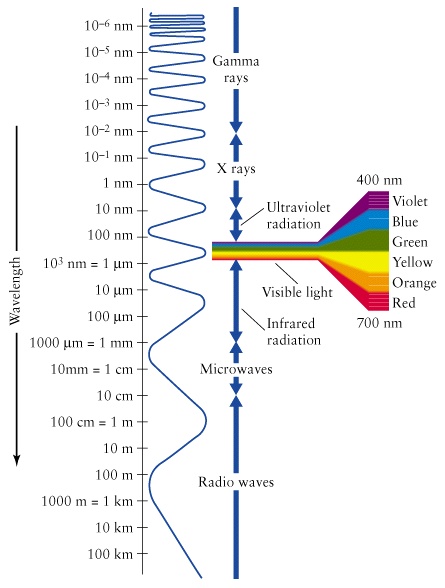 NASA brings a variety of cameras on their missions, Infra Red, Radio, UV as well as visible light. See here.

Also, many photos that we see of planets are doctored to make the variations stand out more visibly, and I think it's great that NASA does this.

All that said, color's still interesting and fun and it tells us something. Using visible light only, many gases are largely transparent, but that doesn't mean they're colorless. Any gas will reflect and diffract some sunlight and gas giants have atmospheres thousands of miles thick. There's no such thing as a transparent gas giant planet, with an earth like atmosphere that you can see through.

Hydrogen and Helium are both highly transparent to visible light but bluish when thick enough. (Neptune gets it's blue color from a combination of it's hydrogen and helium and trace amounts of Methane ice).

Upper-atmosphere temperature is also very important. Saturn, Uranus and Neptune are cold enough that mostly their color is defined by ice, which tends to be more reflective, giving them lighter and generally considered "prettier" colors. Uranus and Neptune's methane ice give them their blue/green and more pure blue colors. Saturn is a little too warm for Methane ice, but it has ammonia ice giving it a lighter color and other gases in it's upper atmosphere giving it some darker yellow and orange colors.

Jupiter's bands can be color-differentiated by where there is abundant ice high in it's atmosphere and where there is more gas. The darker bands are warmer, generally circulating upwards from deeper in the planet, like Hadley cells on Earth, driven in part by Jupiter's fast rotation and strong Coriolis effect and significant internal heat. It's lighter bands are colder, where ice reflection is the primary factor in it's color. Jupiter also has some complex hydrocarbons in it's upper atmosphere due to chemistry, intense lightning and atmospheric mixing.

So there's quite a few difficulties in answering this because a gas giant planet's color depends on many factors, How well it's upper atmosphere circulates, it's temperature and what ices, if any, can form in it's upper atmosphere. Any trace elements that might carry color, even a 1 part in tens of thousands, can be enough for a dominant color if the other gases are mostly transparent. Take Earth for example - clouds are a very small part of the atmosphere by mass but they change the color of the sky (viewed from space) significantly. This makes predicting a gas giant planet's color very tricky and borderline guess-work, because one trace gas can be enough to change it.

I always thought Jupiter's "great red spot" was misnamed. It looks more like an orange-brown to me. But if that counts as red, then red might be relatively common.

It might be UV rays and a trace gas, ammonium hydro-sulfide, that gives Jupiter's spot it's color. See article here. I gather there's still some debate on that question.

Here's a question with a nice answer on the colors of the planets. Venus is unusually bright of the reflective SO2 high in it's atmosphere.

Not the answer you're looking for? Browse other questions tagged exoplanet gas-giants or ask your own question.

7
Maximum and minimum gas giant & ice giant densities
2
Would a spacecraft just go "through" a gas giant?
2
What percentage of gas giant exoplanets are in the habitable zone?
2
Terminology question: gas giant vs gas planet
3
Gas Giant temperatures
0
Birth of the Gas Giant Planets?
8
If the fifth gas giant in the early Solar System was completely ejected, where would it be now?
1
Moons within a Gas Giant