What exactly is it that is being magnified 50 times in this gravitational lensing observation?

This supernova is really very far away. Is it somehow imaged by the gravitational lensing and being resolved — the actual supernova itself? 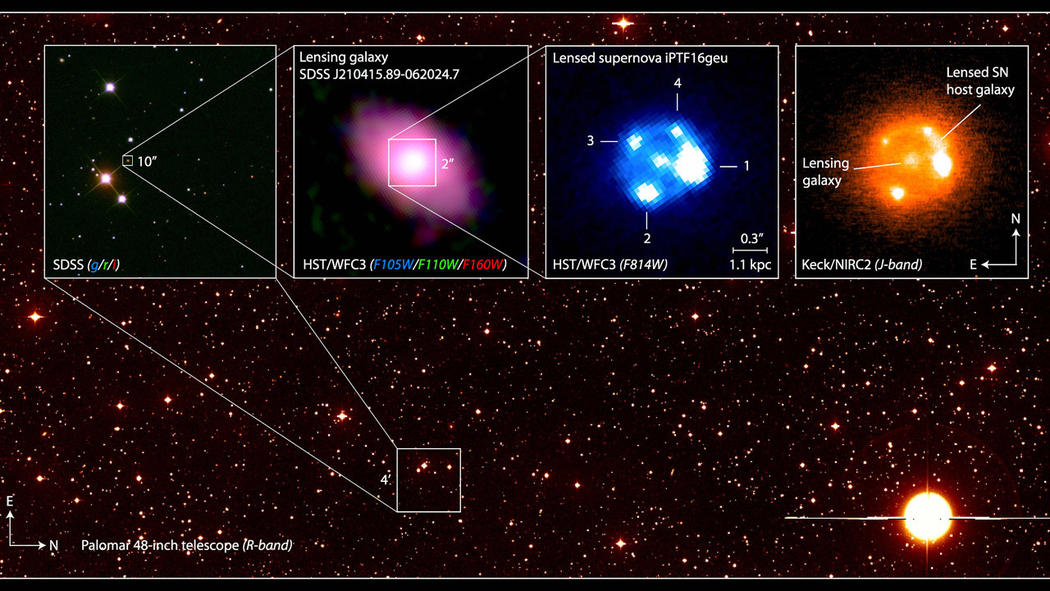 above: From the Los Angeles Times. Photo credit: Joel Johansson 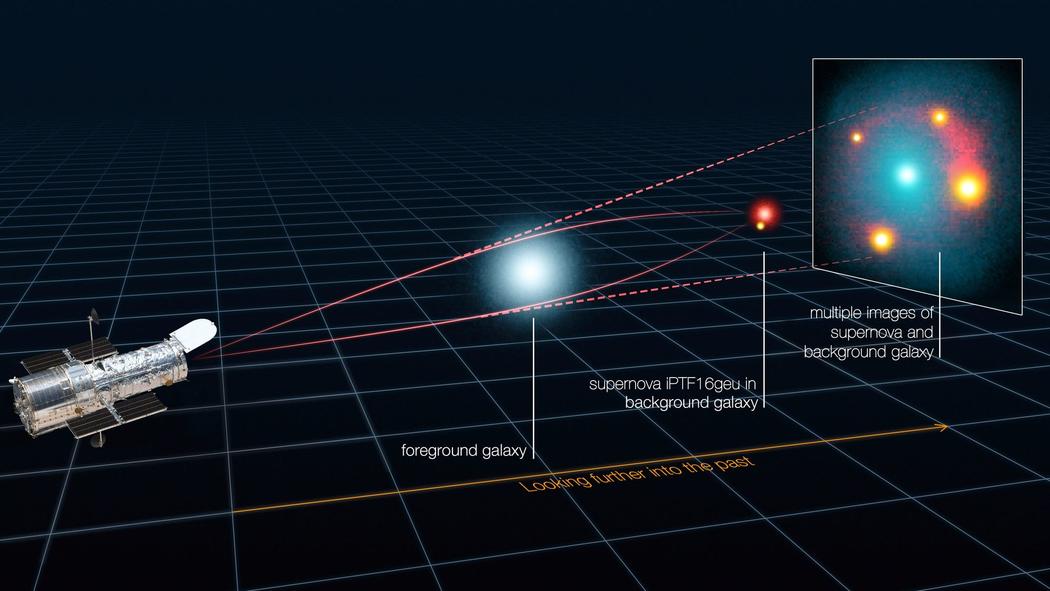 above: "This schematic image represents how light from a distant galaxy is distorted by the gravitational effects of a nearer foreground galaxy, which acts like a lens and makes the distant source appear distorted, but brighter, forming characteristic rings of light, known as Einstein rings. An analysis of the distortion has revealed that some of the distant star-forming galaxies are as bright as 40 trillion Suns, and have been magnified by the gravitational lens by up to 22 times. (Credit: ALMA ESO/NRAO/NAOJ, L. Calçada (ESO), Y. Hezaveh et al., edited and modified by Joel Johansson)" From the Los Angeles Times.

The magnification refers to the increase in angular extent (expressed as a solid angle) of the background source, but is also the factor by which its total brightness is increased.

The reason for this is that the flux received per unit solid angle is unchanged by gravitational lensing. So if the source area increases by a factor of $M$, then so does the overall brightness.

This increase in total flux observed applies whether the magnified source is resolved by the telescope or not, since that is merely an instrumental issue.

Reading through the full article, I see that the authors write

we estimated the lensing amplification to be $\mu\sim52$. 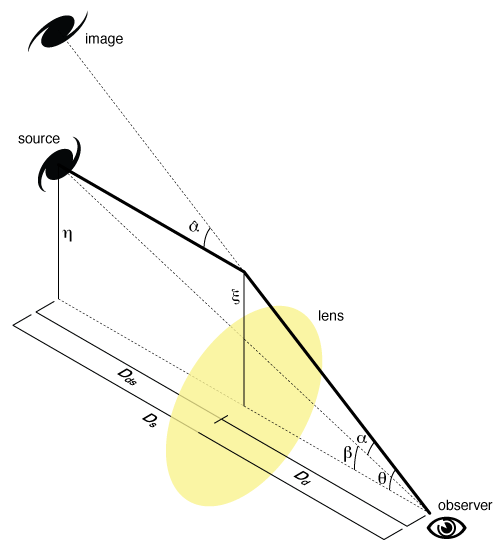 It appears to just be a regular photo. It could've been taken by Hubble, and someone just magnified the photo. It doesn't appear to be gravitational lensing. If it was you would be able to see space being bent a bit in the photo, read here

Not the answer you're looking for? Browse other questions tagged supernova gravitational-lensing or ask your own question.

2
Cases of gravitational lensing resulting in a recognizable image of an extended object?