Why can I see the dark side of the moon?

Last weekend (29/30 April) the sky in my area (Central Europe) was pretty clear and the Moon was nicely visible. Funnily, one could not only see the sunlit area of the Moon, but also the dark side* could be easily recognised throughout the whole evening from blue hour until dark night. I attached two photos of the Moon that should illustrate the effect. The pictures (sorry for the poor quality) needed to get a little overexposed to capture the illuminated dark side, but with plain eye the effect could be well seen. We were speculating about the reasons why the non-sunlit area of the Moon could be seen.

So I guess the sunlight has to reach the dark side of the Moon somehow differently.

What could be provide enough light to make the dark side visible? 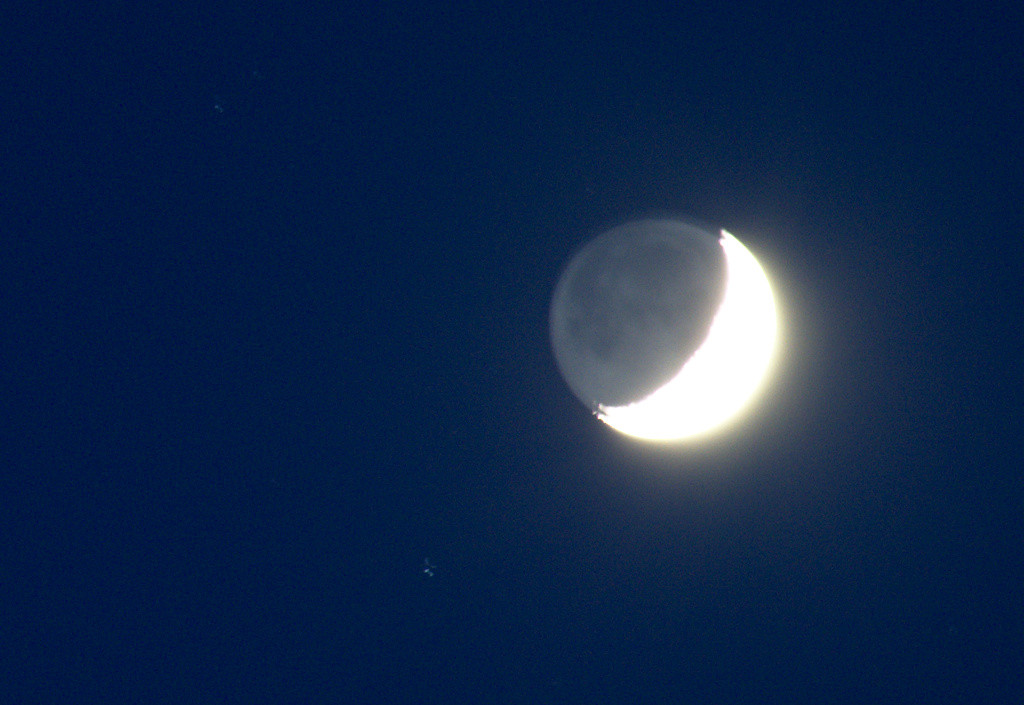 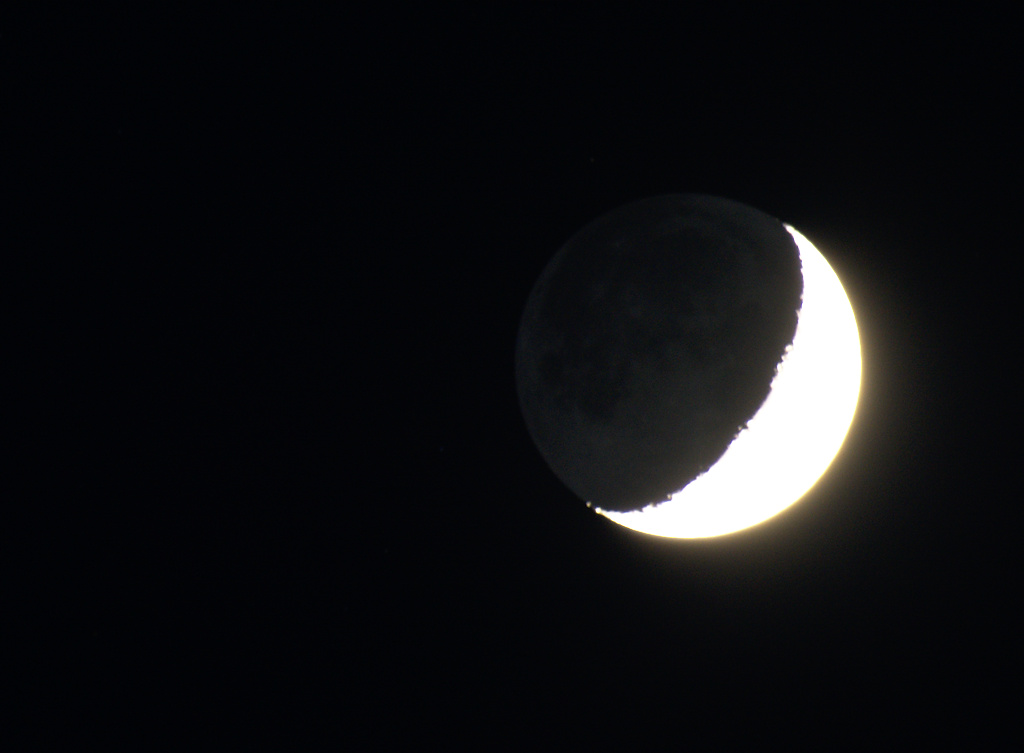 You can generally see the unlit side of the moon when a considerable amount of sunlight is reflected off the earth. This reflected sunlight illuminates the unlit side of the moon. This is referred to as earthshine, and a decent explanation can be found at timeanddate.com. I seem to recall reading somewhere (but now can't find a reference) that it is more prominent when it is very cloudy on earth near where the moon is overhead.

As the older answers stated, Earthshine is what you're seeing.

But Earth is shinier than the Moon. The Moon's "albedo" (the proportion of light it reflects instead of absorbing) averages 0.12, about the same as a well-traveled asphalt road; that means it reflects back only 1/8 of the light that hits it. Earth's albedo averages 0.37, three times greater -- and if there's a lot of cloud cover, it can be even higher (since clouds are white).

A full Earth on the Moon is much brighter than a full Moon is on Earth, because the Earth is significantly bigger.

Btw, "dark side of the Moon" is not really a technical term (it's rather a song of Pink Floyd). On the Moon, there is (as on Earth) day and night (though the day is as long as month on Earth) and no spot remains dark for longer (except for the pole caps as on Earth). There is, of course, the far side of the Moon, most of which is invisible from Earth (because the Moon is tidally locked to spin with the same rate as it rotates around Earth).