What have I seen in the night sky

I was out taking some milky way pictures last night, and saw a much quicker shooting star type thing, only with a much more random movement - any ideas what this could be - this is the RAW file from my camera - converted to JPEG for upload 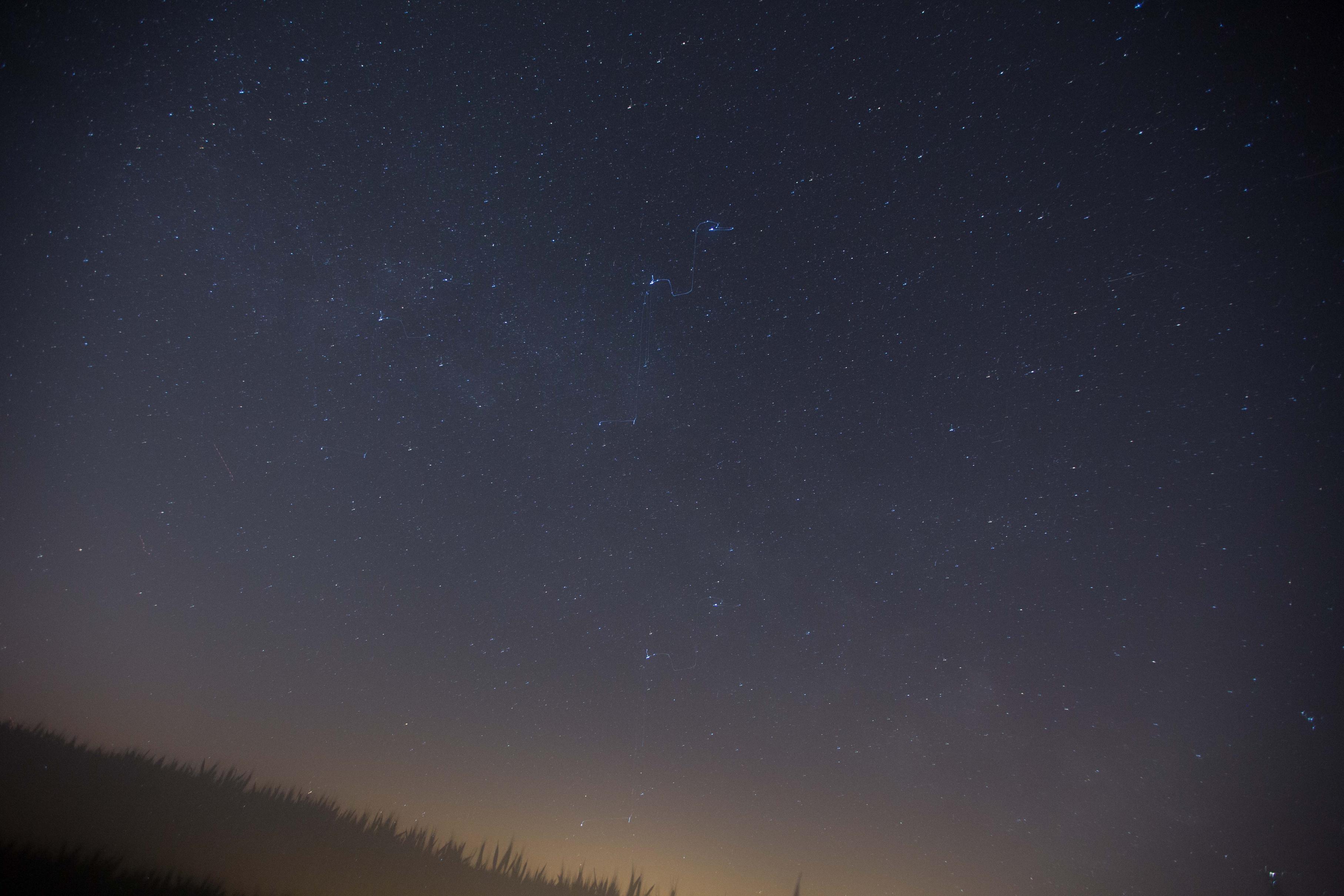 I took the liberty of looking a bit closer at your image and annotate several features. 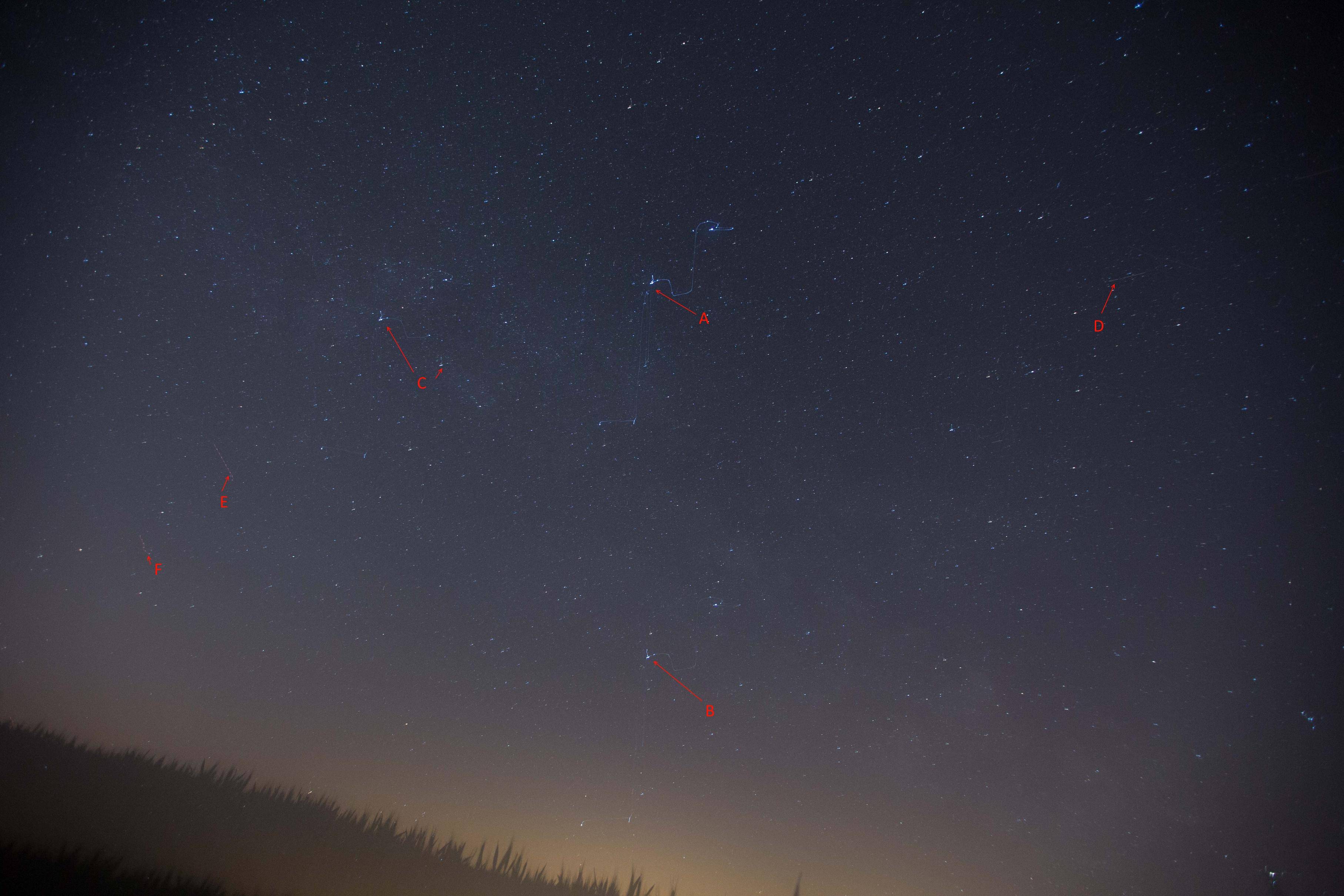 If you look closely, you see that several of the brighter objects in your image do the exact same random walk. Those are e.e. the objects A, B and C. This already strongly hints to some shaking of the camera, rather than A being a UFO. If you look closer at your own image (which you always should), you see those lines all over the image from other weaker stars as well.

This automatically begs the question: How long was your exposure? Or was it composed from several single frames? Because it looks like one of those options for me.

To substantiate this, let's look at some other features: Feature D doesn't show any spots, thus must have been taken while a shake of the camera was happening, thus must have moved quickly, thus this must be a shooting star. Of course a shooting star would appear like this as well on a non-shaking camera.
For contrast, feature E is also linear, but shows spots, which means while this line was putting light into the camera it must have stopped shaking on regular time intervals. This is a bit weird. But because the angle of the line, just as D, doesn't match any of the streaks that we follow in the figure A, this must also be a self-moving object. Now a self moving object of much lower speed than a shooting star (D), can be a satellite or an airplane.
Then there's feature F which clearly is also slow-moving, but does a weird rectangle that I cannot match to the 'master-shake' of feature A. It could mean that it's also self-moving taken together with one of the corners of the master shake. But then I don't understand why F is doing the cornery thing, but E does not. Another possibility in my opinion is, that E and F are both satellites, which faded in and out of brightness at different moments when the picture was taken, thus a different 'shaking' was imprinted on them.

So yeah, summarizing
Your image does some weird things, most of them clearly caused by camera-shaking. I don't understand all the details in your picture for that matter, but that's far from a reliable UFO claim. In particular because essentially EVERY UFO claim is based on shaky/nonsharp images.

P.S.
Also note how the grass in the lower left is shifted from really dark, to slightly dark. There are two central features in the grass that can be brought to roughly, but not exactly match when moving them over each other in photoshop. This indicates that this is the same patch of grass, just being photographed at two different times, after the grass was moving around a bit.
I suggest a more stable mount for your camera, if you're sure you didn't bounce into it by yourself.

Not the answer you're looking for? Browse other questions tagged observational-astronomy identify-this-object or ask your own question.

6
What is in the brightest area of the night sky?
1
Moving light in night sky
6
Weird Blob near Polaris?
3
What is it that I have been seeing in the sky?
4
How to figure out what something in the sky is?