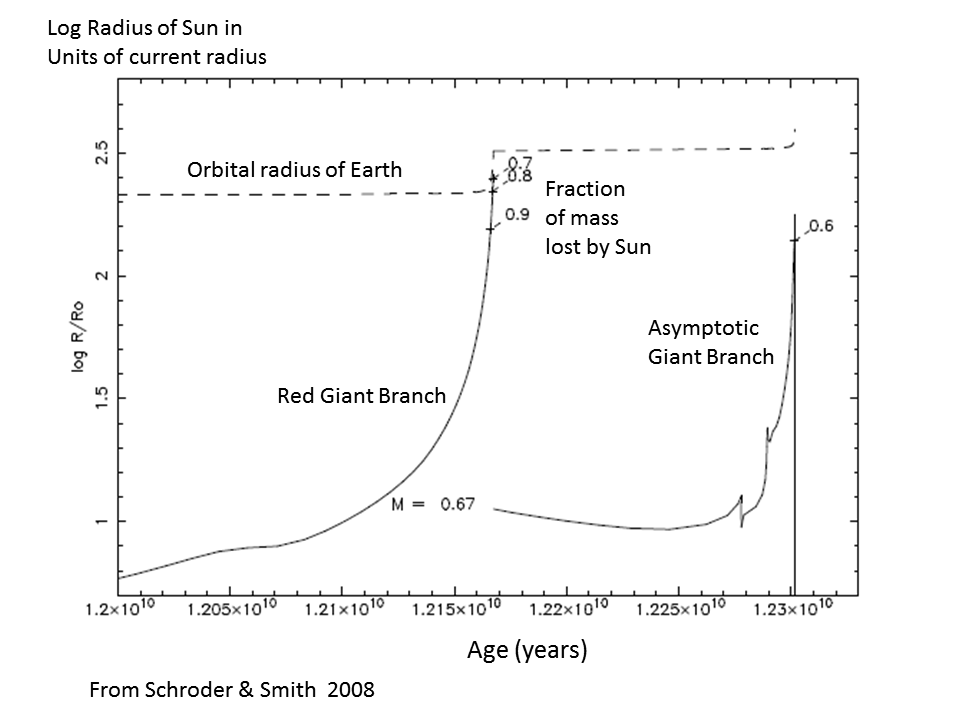 22
At what distance from Earth would our Sun be the same apparent magnitude as the next brightest star in the sky?
14
How can a red giant grow so big?
3
How long does it take a star to transition from main sequence to red giant?
3
Can an Earth-like planet survive if our Sun went Supernova?
1
How Wide Would the Habitable Zone Be in a Singular Red Giant System?
2
How Long Will Earth's Year be When Our Sun Goes Red?
1
Where will the frost line be when the Sun becomes a red giant and what effect will it have on the solar system?