Why is this HST WFPC2 image so much fuzzier than the WFC3 image of the same field?

I wondered why the WFPC2 image is substantially fuzzier than that from WFC3. I looked at the WFPC2 manual for cycle 17 and found it has the "L-shaped" detector. Three quadrants have CCD elements with pixel spacing of 0.1 arcsec, the fourth "planetary" array has a pixel spacing of 0.046. However it seems more complicated because - if I understand correctly - there are different focal ratios used for the two.

The WFPC2 field-of-view is divided into four cameras by a four-faceted pyramid mirror near the HST focal plane. Each of the four cameras contains an 800x800 pixel Loral CCD detector. Three cameras operate at an image scale of 0.1″ per pixel (F/12.9) and comprise the Wide Field Camera (WFC) with an “L” shaped field-of-view. The fourth camera operates at 0.046″ per pixel (F/28.3) and is referred to as the Planetary Camera (PC).

However, while the WFC3 manual for cycle 23 gives the pixel spacing as

I didn't find a focal ratio.

I'd like to understand why the 2007 image is so "gaussian fuzzy". If it were only because of larger pixel spacing it would look more blockish or pixellated. Does this mean it was using a different optical path with lower optical resolution? Is the 2007 image from the WFC part at F/12.9? Does the WFC3 use F/28.3?

I also don't understand the optical reason why different paths would have different optical resolutions. This would not come from different Airy disks from simple diffraction - the angular size would be unchanged. 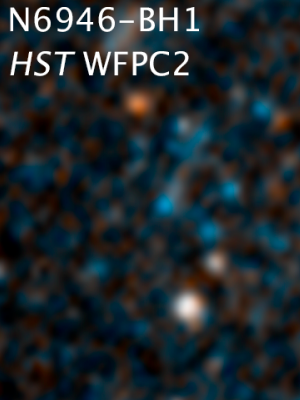 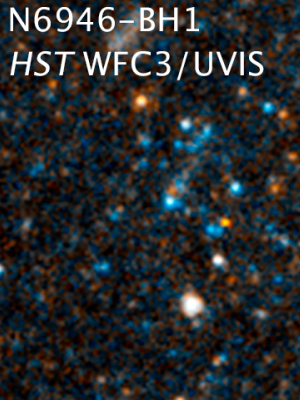 above: cropped sections from the same image shown below. 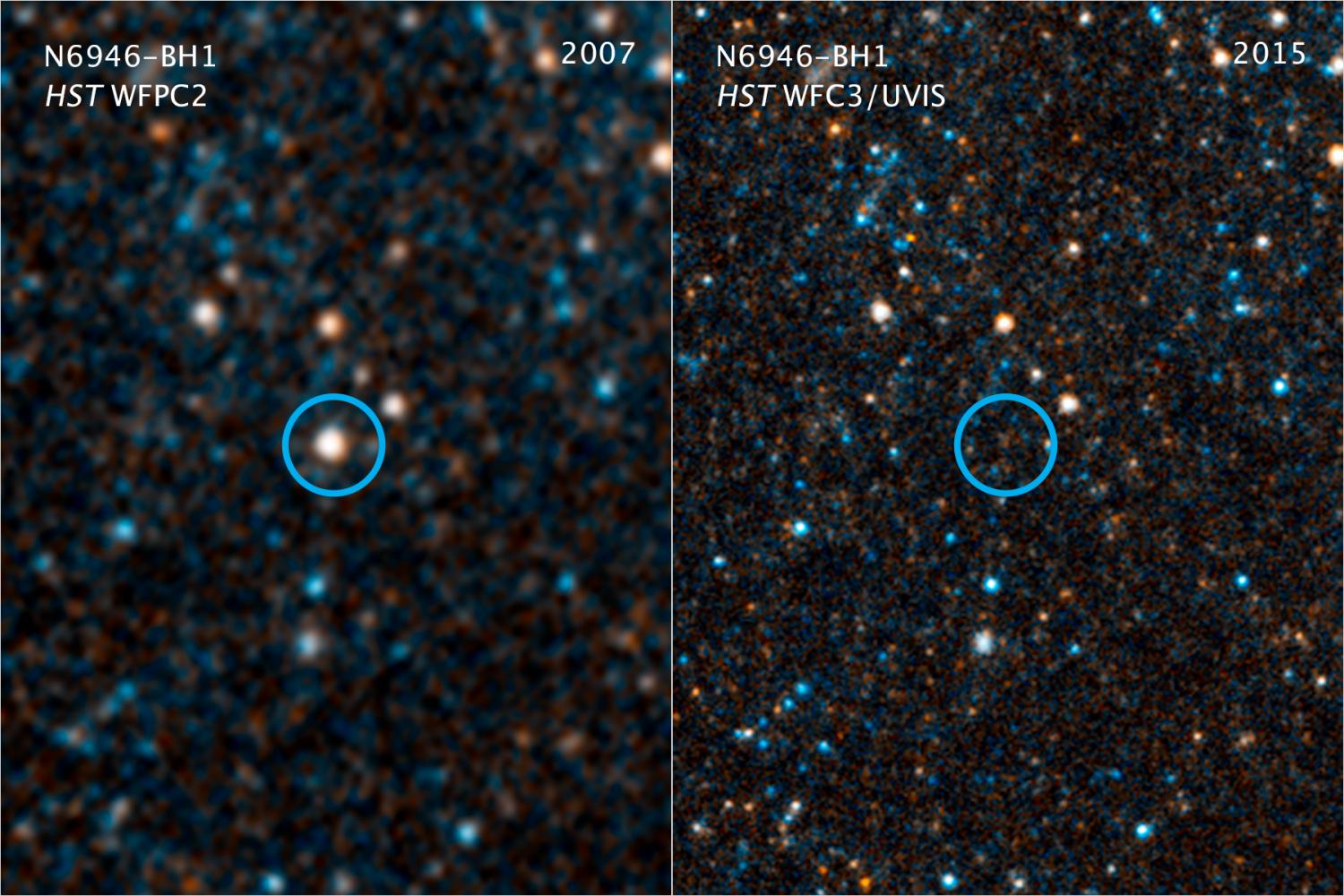 As Rob Jeffries suggested, in the WFPC2 observations the progenitor star fell located on one of the wide-field ("WF") chips of WFPC2. (I verified this by downloading one of the preview images from the Mukulski Archive.) This was purely by chance, since the WFPC2 observations were taken years before the discovery of the failed supernova. It's good luck that the region of the galaxy where the failed SN took place was imaged by WFPC2, and only slightly bad luck that it wasn't in a region imaged by the planetary-camera ("PC") chip.

WFPC2 is/was an array of four equal-sized CCD chips, each with 800 x 800 15-micron-wide pixels. However, the optics were set up so that 3 of the chips (the WF chips) were imaged using a focal ratio of F/12.9, while the fourth (the PC chip) was imaged separately with a focal ratio of F/28.3. In essence, a magnified optical beam was focused on the PC chip, giving a scale of about 3.0 milli-arcseconds per micron, or 0.0455 arc seconds per pixel. Meanwhile, the WF chips received a scale of 6.67 milli-arcseconds per microns, or 0.097 arc seconds per pixel. This undersamples the actual resolution of the telescope (which has a point-spread function with a full-width half-maximum of about 0.09 arc seconds in the I-band).

So in practice, WFC3 will always resolve things better than the WF chips of WFPC2 can, because its pixels can properly sample the telescope resolution and the WF pixels cannot.

You can see the difference in the upper "progenitor" (WFPC2) images, compared with the lower "2015" (WFC3/UVIS) images from the actual paper: 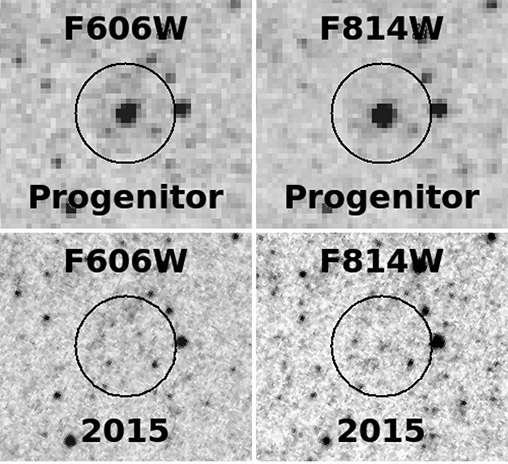 Note the stronger visible pixelation in the WFPC2 images (top two panels), due to the fact that the WF pixels are larger in angular size.

I suspect any other apparent differences in the press-release images are probably due to the processing used to create the color image. In particular, the side-by-side (WFPC2 vs WFC3/UVIS = "before and after") color image from the press release shows both images at the same spatial scale, as part of a single image file, which means that the same pixel density is present throughout the combined image. But since each original WF pixel is about 2.5 times the (angular) size of a WFC3 pixel, the WFPC2 image had to be rebinned to match WFC3 pixel scale (1 WF pixel = 6.25 WFC3 pixels) before the combined (JPEG/PNG/TIFF) color image could be made. The interpolation used for this rebinning process may be what introduced the extra smoothing in the WFPC2 image.

Not the answer you're looking for? Browse other questions tagged optics angular-resolution hubble-telescope or ask your own question.

7
Instrument aperture sizes on Hubble Telescope
1
Why weren't the Hubble light-echo images of V838 Monocerotis supplemented by ground telescopes?
0
Is this image captured by the Hubble Telescope an original image?
3
What is a pupil slicer, and how does it work with anamorphic optics in VLT's ESPRESSO Echelle spectrograph?
7
Where exactly is the modification that first corrected the spherical aberration in Hubble's primary mirror?
3
What is the cause of all of these sharp, concentric rings around bright stars in this HST image?
6
Angular diameter of the Sun's reflection from the ocean, seen from Sun-Earth L1?
1
How are “parallel fields” implemented on the Hubble Space Telescope?
2
Telescope focal point and inversion
8
How exactly will DESI simultaneously capture individual spectra from 5,000 galaxies using optical fibers?