In which direction does the Milky Way rotate?

We don't have a photo of our Milky Way the whole, all the pictures are artists' interpretations showing a bulge, a central bar, and several spiral arms. The milky way is spinning. I would like to know:

a) Does it spin with the arms trailing or leading?

The Milky Way has arms that form due to density waves. Like the majority of spiral galaxies, the arms are trailing. Individual stars orbit in circles (roughly), neither towards or away from the centre.

If you consider a common map of the Milky way (imagined from a point North of the Earth, Celestial North is not the same as Ecliptic North, which are both about 60 degrees off from Galactic North) 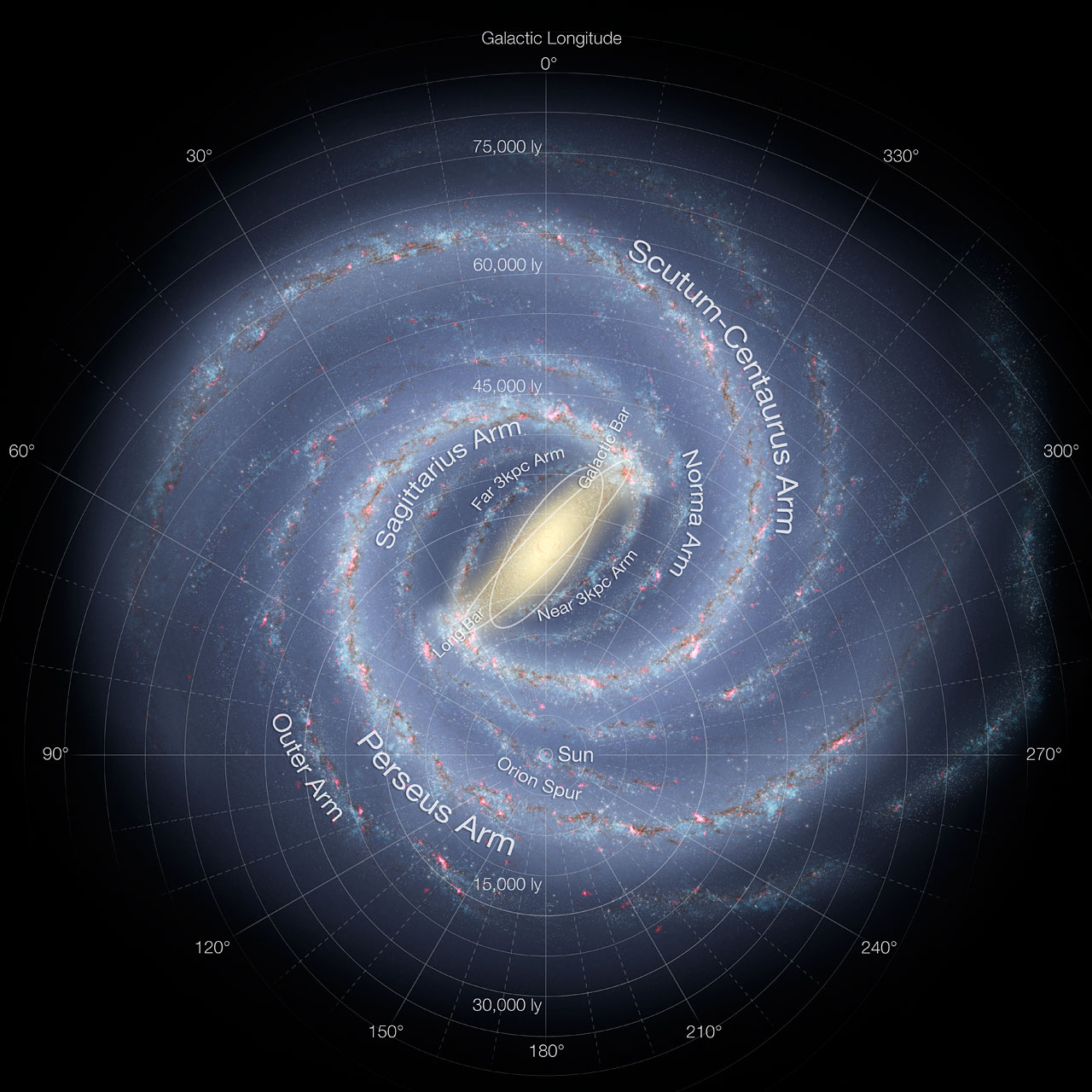 The stars in the galaxy would be moving in a clockwise fashion.

There are some galaxies that rotate with arms leading: NGC 4622 is one example.

Not the answer you're looking for? Browse other questions tagged milky-way galactic-dynamics spiral-arms .

11
Why do galaxies have arms?
2
Direction of movement sun with respect to the NGP
1
Our Solar System’s interstellar movement in relation to the Alpha Centauri System