In chapter 4 of "The Revolutions of the Heavenly Spheres" where Copernicus maintains that the objects in our solar system have circular orbits or orbits compounded of several circles, the Edward Rosen translation of the book states this

It stands to reason, therefore, that their uniform motions appear nonuniform to us. The cause may be either that their circles have poles different [from the earth's] or that the earth is not at the center of the circles on which they revolve.

To add context: Copernicus believes that features of orbit that are inconsistent to circular motion such as retrograde motion, apogee, perigee, fast/slow movement, etc... Don't actually occur in the orbits of the Sun, Moon, and the planets. Stating that the actual causes of the inconsistencies could either be that "their circles have poles different [from the earth's.]" Or that these objects don't revolve around the Earth.

I'm mainly concerned with what Copernicus is referring to when he states that the orbits of these objects "have poles different [from the earth's,]" and how (if true) it could produce these inconsistencies in orbits. 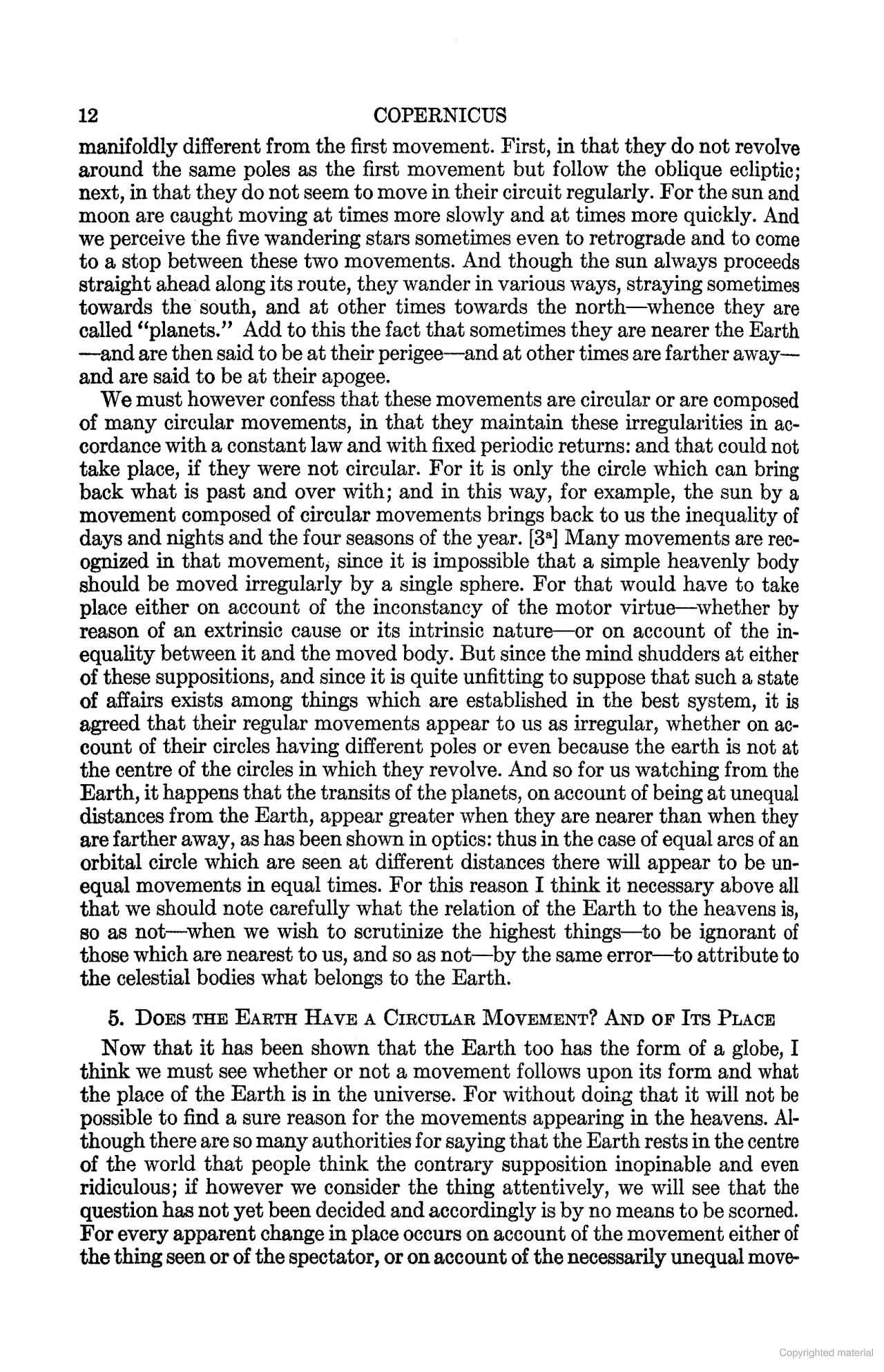 and looking at the second sentence, we have "they do not revolve around the same poles [...] but follow the oblique ecliptic".

2
Satellite/Planetary Orbits
1
How are the elevations of the poles proportionate to distances of earth that have been traversed according to Copernicus
0
Why would there be no day/night cycle even though the firmament would still be rotating, according to Copernicus
3
How did Ptolemy prove in the following excerpt that the Earth is not cylindrical?
2
Various moon orbits
11
Is Earth's Surface "In orbit"?
2
Do Astronomers really never call Lagrangian points "libration points"?
35
How was the mass of Venus determined?
6
What is the definition of a "pole" of a celestial body?