Given the magnitudes (in the i-band) of certain galaxies, I would like to calculate their stellar mass (in terms of solar masses). So far, I have calculated their absolute magnitudes and gotten to working out the mass-light ratio $M/L$ for each galaxy.

From this I need to get the mass of the galaxy $M$ in terms of solar masses. Therefore I assume I first need to calculate the i-band luminosity for the galaxy in solar masses $L_i$. This is where I am stuck.

Ultimately, given these values, how would I go about estimating the stellar mass of a galaxy in terms of solar masses?

But $M/L$ isn't necessarily biased the same way for the sun to $M_i/L_i$ as for the galaxy. Therefore you'll probably need to compare the spectrum of the sun with the spectrum of the galaxy to find out the ratios of the i-band fraction of the total emission. Absorption and extinction at different wavelength may be different, therefore determining kind of mean temperature of stars in the galaxy could help finding a more realistic estimate for the stellar mass.

A similiar approach has been used in this paper.

To estimate galaxy stellar mass with broadband photometry, you want to compare your observations to the spectral energy distribution (SED) of the galaxy. There are synthetic SED libraries which will generate SEDs for different types of galaxies with different masses. 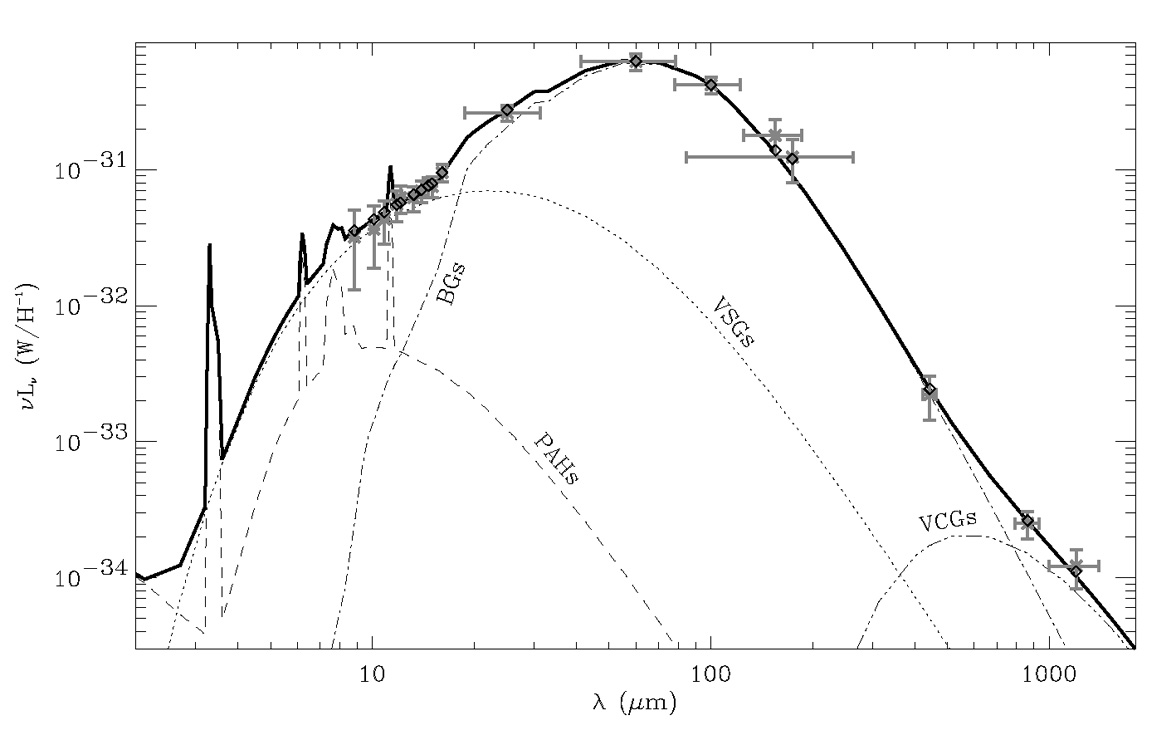 For each template you can figure out the expected luminosity in the I-band and find the best match. For this method, it's really best to have more than one point for comparison. Since the near IR will likely be a blackbody from your evolved stellar population, you might want to see if you can supplement your I-band data with 2MASS observations.

Not the answer you're looking for? Browse other questions tagged mass luminosity .

4
How can I estimate the M/L ratio from a fitted SED on a galaxy?

5
Stellar mass limits for Neutron Star and Black Holes
4
Finding luminosity of a star with magnitude
4
How do I create a galaxy stellar mass function?
5
How to calculate luminosity in g-band from absolute AB magnitude and luminosity distance?
1
Mass of a potential black hole in a binary system
4
Estimating a star's radius, temperature, and luminosity based on its mass
6
Is there a way to calculate the mass of of a stellar remnant given the initial mass of the star?