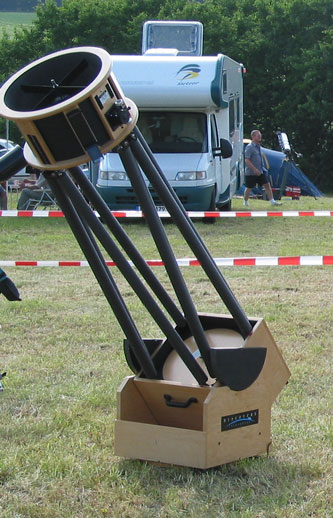 16
A good telescope for the viewing of Nebulae, Stars and Planets
5
Question about Telescopes , observations and explanations of the observations
8
Which type of telescope should I make?

16
A good telescope for the viewing of Nebulae, Stars and Planets
26
How much magnification is needed to see the planets of solar system?
4
How to make a telescope for viewing planets, moon and DSOs using a convex lens of aperture 100 mm and focal length 200 mm and other lenses at home?
1
How can I find out the maximum magnification of my telescope?
4
Second Telescope: Maksutov Cassegrain vs Refractor
5
How to use an app to help find deep sky objects in general, either attached to a telescope as a finder scope or held on hand?
1
Eyepieces and accessories recommendations for a Starblast 4.5-inch scope in a city as well as darker suburbs, and kid friendly?
3
How can I work out longitude and latitude through my telescope?