Does the Sun have any atmosphere?

Does the Sun have any atmosphere of its own? Is it just like the atmospheres that the planets have.

Yes the Sun has an atmosphere.

Disclaimer: I'm not sure if you meant this, but your question implies the Sun is a planet. It, of course, is a star and not a planet. Just wanted to make that clear.

What is an atmosphere?

When you ask if the Sun has an atmosphere, you're actually asking a tricky question. What do you mean by atmosphere? How do you define the boundary of the Sun, above which anything is considered an atmosphere? This is pretty easy for planets like Earth since they have a nice solid surface. But the Sun is a giant ball of plasma heated to thousands of degrees. There's no easy or clear division between the "surface" and "atmosphere". Any discussion of the Sun's atmosphere involves defining what we mean by the surface of the Sun.

If you're talking about the Sun, you can look at the Sun, but you'll only see light which originates from a point where $\tau < 1$. There are countless photons bouncing around inside the Sun, but you can't see them because they're in an opaque part of the Sun. Astronomers use the optical depth as a metric for defining the "surface" of the Sun.

Keep in mind the above description is highly simplified, almost to the point of being wrong. The optical depth is a useful metric for defining a surface, but it doesn't imply there's an exact radius for the surface or even that the surface is constant for every wavelength. There are a lot of other factors that make this much more complicated than I'm describing here. Hopefully you get the general idea though.

Our own Sun's atmosphere is hard to study on a large scale since we're inside it, but we have been able to observe this bow shock around other stars, as shown below. 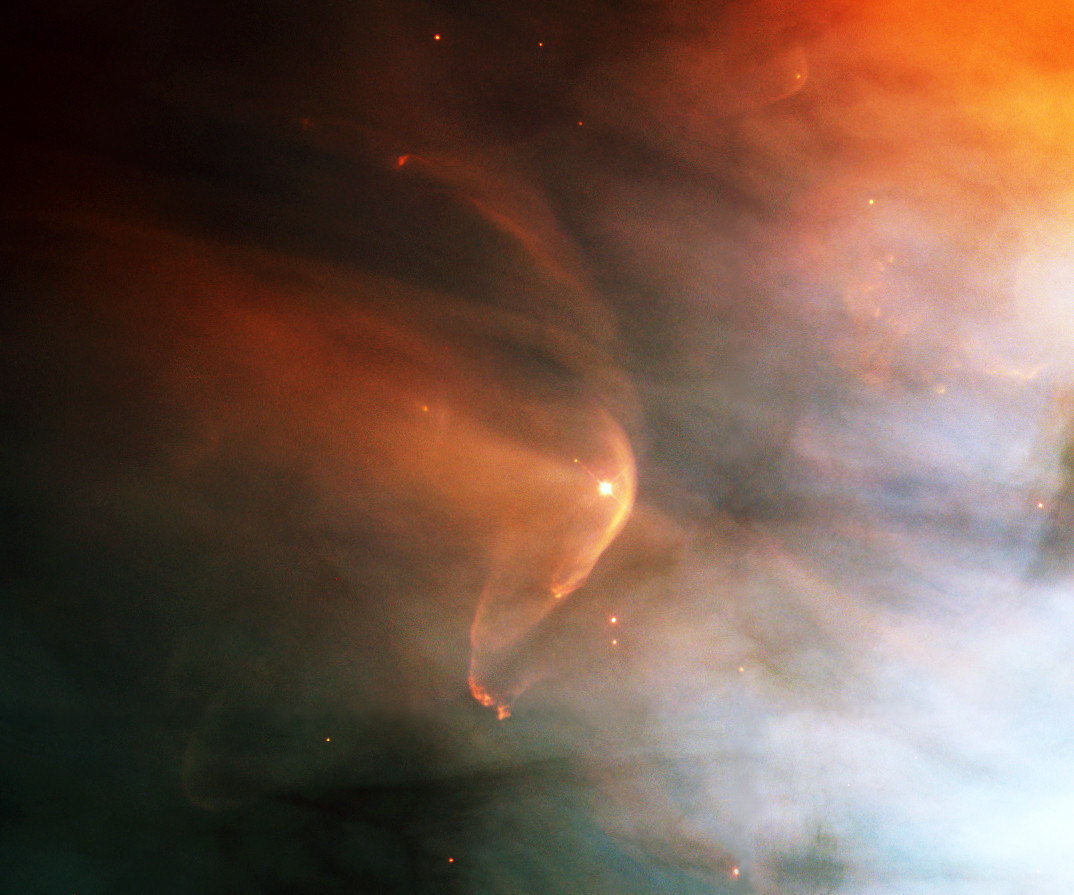 Not the answer you're looking for? Browse other questions tagged the-sun space stellar-atmospheres or ask your own question.

86
Does the Sun rotate?
12
How does one determine the effective temperature of a star from its spectrum?
3
Does the sun have a protective shield
14
Does Sun have a reflection on Earth?
27
Does the Sun have permanent geographical features?
4
Why does the adiabatic exponent decrease at the ionization zones?
0
Does the Sun's atmosphere have a scale height?
0
Does the sun have a vertical movment?
2
How much mass would have to be added to the Sun to significantly alter any of its characteristics?