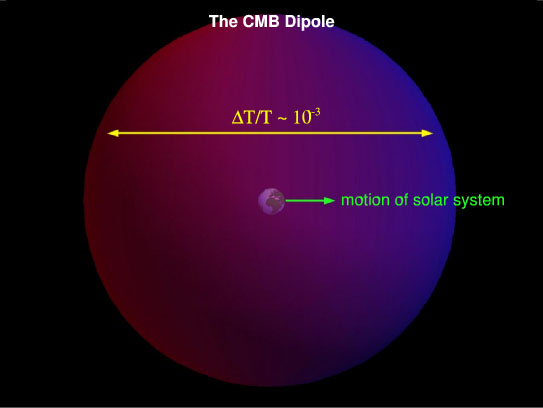 One may define a "global reference frame" with respect to which velocities are measured. Any reference is valid, but it makes sense to use the frame in which all galaxies are, on average, in rest (when the Hubble flow is subtracted)$^\dagger$. In this frame, the Local Group that the Milky Way is a part of moves with some $620\, \mathrm{km \, s}^{-1}$ (as noted in John Duffield's answer above), whereas the center of the Milky Way has a velocity$^\ddagger$ of $\mathbf{565 \pm 5 \, km \, s^{-1}}$ (Planck Collaboration et al. 2020).

Not the answer you're looking for? Browse other questions tagged galaxy universe milky-way .

13
How fast do we travel through space?
5
Is metallicity low at the central region or nucleus of the Milky Way?
4
What part of the milky way do we see from earth?
1
Question regarding the Milky Way when calculating galactic space velocities for galaxies
12
Why don't we see "the milky way" in both directions?
2
How do galaxies move in space?
13
Is it true that we see the center of the milky-way for only half of the year?
4
How many supernovae events are on their way from within the Milky Way?
6
Do we know what's "behind the Milky Way"?
4
Observing the motion of the solar system and galaxy through space?