Why do stars born in a cluster finally disperse?

In other words, if a group of stars born within the same nebula, e.g. the Pleiades, are initially gravitationally bound - what causes them to finally get separated and proceed individually? Is it the influence of "external" mass? Or, are they now and we're they always, even at birth, having the escape velocity? (If the latter is true then I think they should not be considered truly bound from the beginning...)

astrophysics stellar-dynamics star-cluster
Share
Improve this question
edited May 9 '21 at 13:58

The boundedness or otherwise of clusters remains to be established in most cases. The vast majority of clusters become unbound and disperse at a much younger age than the Pleiades. Or they may be born unbound as you suggest.

It turns out that this isn't usually sufficient to explain the disappearance of clusters. A more effective disruptive mechanism are the Galactic tides. Stars that stray beyond a tidal radius can be stripped from the cluster. The reduction in the cluster's mass then reduces the tidal radius allowing more stars to escape in what eventually would become a runaway process. The tidal radius for a cluster near the Sun is about $5 M^{1/3}$ light years, where $M$ is the cluster mass expressed in units of the solar mass. For the Pleiades, $M \sim 1000 M_{\odot}$, so stars that stray beyond 50 light years can be lost.

In some cases, the evaporation process causes a cluster core collapse. The escaping stars take away kinetic energy and the remaining stars become more tightly bound. This is what has happened in most of the massive and long-lived globular clusters. Less massive open clusters like the Pleiades are much more susceptible to tidal dissipation.

I’d like to add that globular clusters are usually much larger than open/irregular ones. Often we are talking about many thousands or even millions of stars in a globular cluster. That’s a lot of mass and, therefore, most of stars in such clusters are well bound by gravitational force. Of course when a cluster passes near a large mass (e.g. a galactic center or a massive dust cloud) stars are gravitationally attracted and some may live the cluster, actually sometimes a lot may leave forming a “leaving” group in the form of a huge tail of stars. Such tails (tail-like collections) of stars may be very large. Simply put, it all comes down to the magnitude of gravitational pull exerted on them. Large pulls are called tidal shocks and tidal waves as they are complicated, and the kinematics is not as easy as one may think it is. Anyway, large globular clusters under the force of gravity (there’s a lot of force there) are very tight in the center and can even form massive black holes in the center. Stars that are far away from the core of the cluster are more likely to leave under the influence of external gravitational forces at some point in time as the clusters rotate around the center of the galaxy and things change over time.

Escape velocities are more likely to be attained later on (somewhat more or less haphazard) or, to be more precise, during the lifespan of the cluster, rather than in the very beginning, especially for large clusters. Smaller stars (in terms of mass) are of course more likely to leave their clusters, which is basic physics and it needs no further comment in my opinion.

The brightest globular cluster 47 Tucanae (too-kAH-nee) in the night sky very probably contains a huge black hole near the center which “sucks” in nearby objects and stars. Those won’t escape. 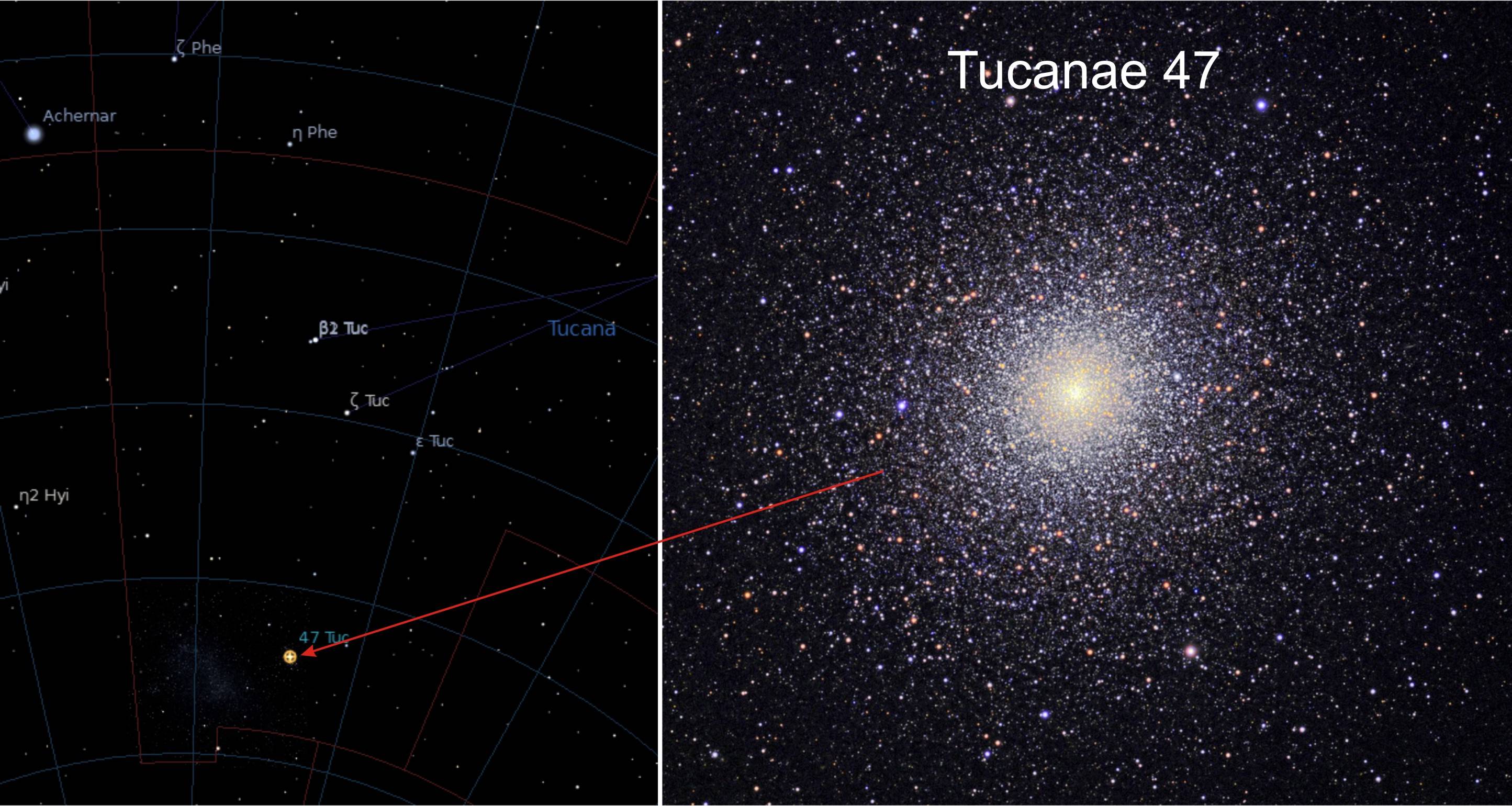 So, it's all about gravitational forces in our Galaxy that causes stars to get separated from their clusters.

Not the answer you're looking for? Browse other questions tagged astrophysics stellar-dynamics star-cluster or ask your own question.

2
Why aren't stars like Eternally Collapsing Objects?
6
Jacobi vs tidal radius for star cluster
2
Dataset for globular star cluster
8
Is every star formed in an open star cluster?
6
What cluster of stars is this with a "dark donut" to one side?
2
Is there a relationship between stars' absolute magnitude, spectral class and relative location in a cluster?
3
Mass estimate for cluster NGC2516?