Does the Sun have permanent geographical features?

Equivalent formulations of this question:

I know that the Sun does not rotate uniformly, so any map would line up differently as time passes. However, this does not rule out a slice of the Sun at a given latitude having permanent geographical features, since this slice does rotate uniformly.

As you suspect the Sun does not have any permanent surface features. Up till 1951 the longest actually observed sunspot group lasted 134 days see http://adsabs.harvard.edu/full/1951ASPL....6..146P. That duration gives you an idea how long sunspot groups last. There are associated with coronal holes which would last about as long. However, the structure (shape size) of the group and any coronal hole would be constantly changing.

Temporary maps are made and there is a heliographic co-ordinate system, with a latitude and longitude.

The sunspots show the rotation of the Sun, and so a north and south solar pole can be found. North is in the same side of the ecliptic as the Earth's north pole).

Solar longitude is much more arbitary. The zero helographic meridian is defined as the plane (solar pole to solar pole) passing through where the solar equator crossed the plane of the ecliptic (earths orbital plane) at Greenwich mean noon on January 1, 1854. see http://wso.stanford.edu/words/Coordinates.html Since then astronomers have just used a constant rotation rate based upon the suns equatorial rotation rate. These are called Carrington Solar Coordinates

A similar system is used for the longitude of the gas giant planets like Jupiter and Saturn.

If you're not limited to the visible spectrum, the Sun has more-or-less permanent coronal holes at its poles which are nearly always present (albeit constantly changing in shape and size). These coronal holes are responsible for generating the "fast" solar wind. These change on fast enough time scales though that its not useful to make a map of them (or other coronal holes which may crop up).

Below is an image of one such coronal hole. 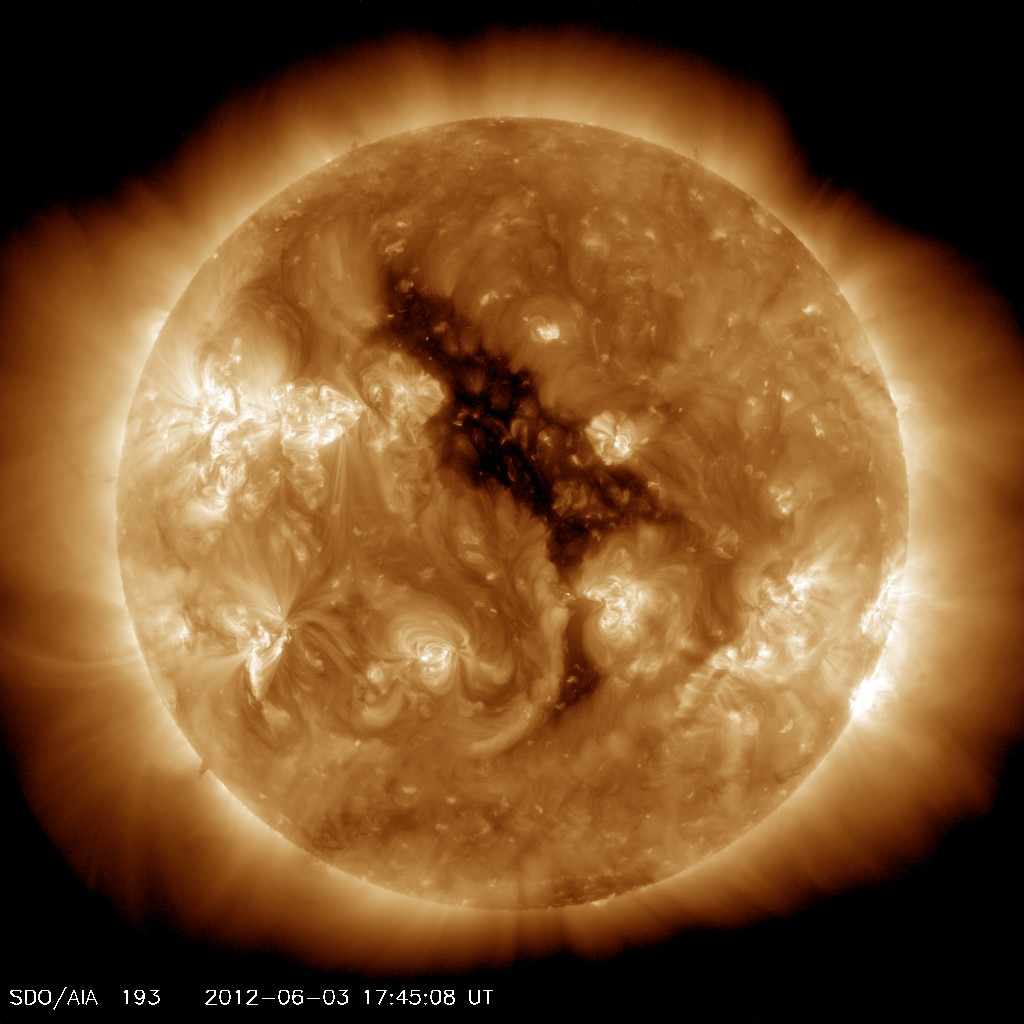 The Sun has a north and south pole, and an equator. These can be considered geographic features.