How (the heck) was this photo of Venus at inferior conjunction (between us and the Sun) taken?

This great answer by @gerrit discussing planetary phases seen in visible light contains the image I've included below. According to the Wikimedia Commons link these are ESO images from the Venus transit 2004 VT-2004 observing campaign.

The ESO, or European Southern Observatory:

These images are very high quality, and the last one, dated 8/6/04 (08-June-2004) appears to be taken at/near inferior conjunction, when Venus is almost directly between the observer and the Sun.

Question: I'd like to understand with what instrument this image was taken, and how the technical challenges imaging Venus with such a small angular separation between it and the Sun were overcome! I did a quick check and during the UTC day of June 8th, 2004, Venus moved from about 0.6 to 1.1 degrees from the Sun as viewed by Earth. How was Venus imaged so nicely? Was this really imaged from the ground through Earth's daytime atmosphere, or from space? In either case, how was a high quality telescope pointed so close to the Sun and shielded from stray light and protected from damage?

below: Phases of Venus, from here. 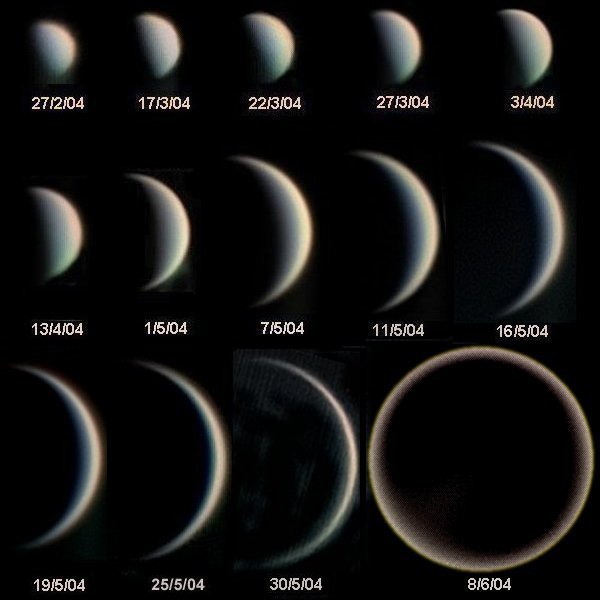 I think you'll have to live with an incomplete answer. It appears this was taken by an amateur astronomer using a simple 4.5 inch telescope. You can find, on the ESO website, a collection of many images taken during the 2004 transit. On this page, is the image you are asking about (along with some other images by the same person). The credit for that image is given as:

The Phases of Venus

I'm assuming (because I can't find any reference to state otherwise) that the name "Mizar telescope" is just the personal name Statis Kalyvas gave to his telescope. Although you can see that the equipment was nothing an amateur astronomer couldn't buy. A pretty typical telescope with a standard camera. Nothing "professional" or extremely high tech.

We can probably guess at some other pieces of the puzzle though. From the image below, you can see that the 2004 transit began (from Thessaloniki's local time) at 7:13 AM and ended at 1:25 PM. 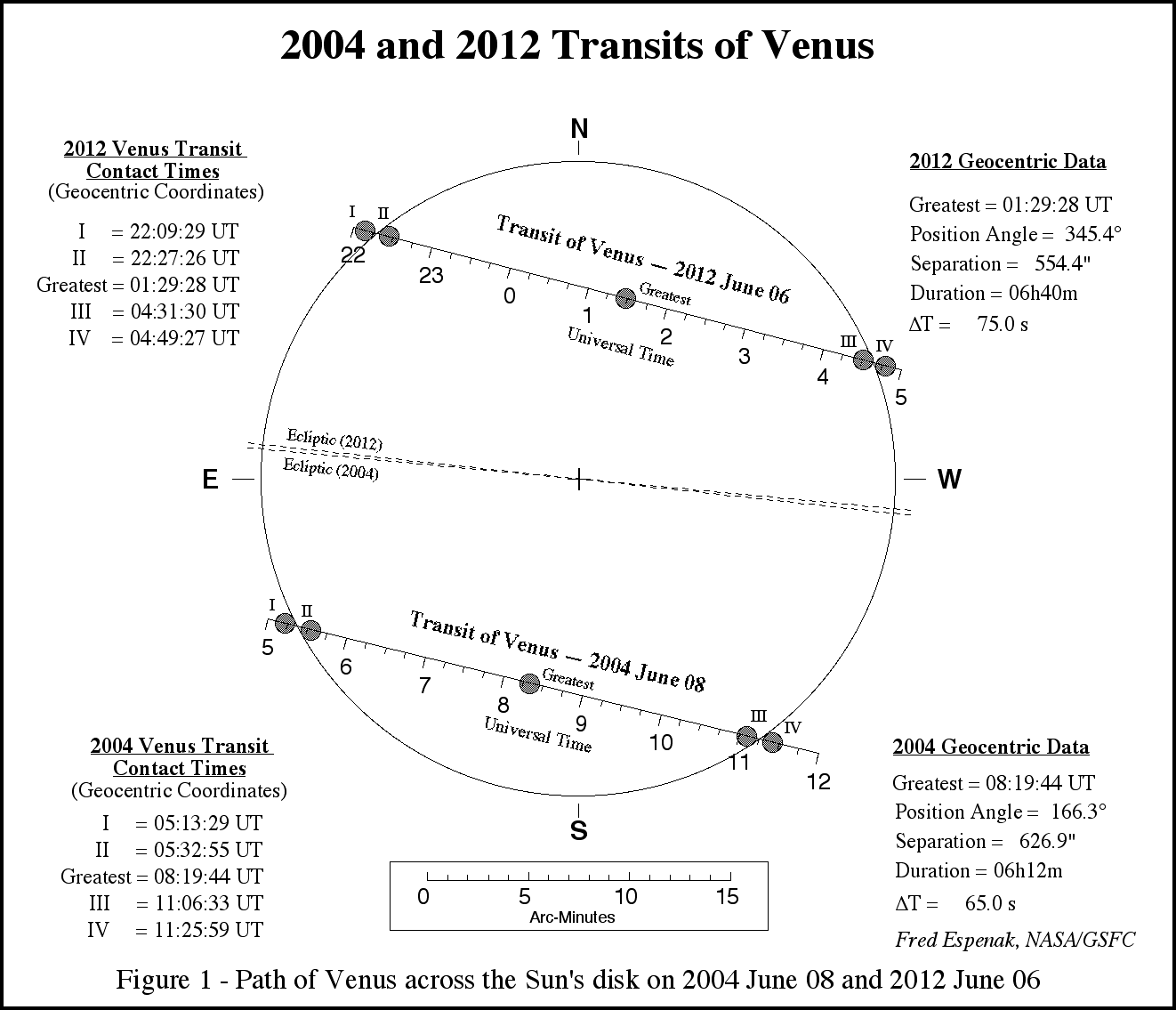 Given that the observation period of the transit itself happened during the day, Statis definitely would have needed a solar filter for his telescope, which would have blocked upwards of 99.999% of the light from the Sun, allowing him to view the transit safely.

For the other images leading up to the transit, my guess is that he made his observations during in the evening when the Sun was near the horizon and not very bright (due to much of the light being scattered). Venus should've been higher in the sky than the Sun and still visible at that time. An eyepiece which gives a small field of view would've been useful here.

You can possibly guess that the image was taken near the horizon because a 4.5 inch telescope should have a resolution of $1.21\ \mathrm{arcsec}$ at best whereas, near conjunction, Venus is almost an arcminute in size. Venus should be well resolved, but it looks a bit fuzzy. This is likely attributed to the high airmass near the horizon. The drastic difference between the clarity of the image on 3/4 and 13/4 (just ten days later) leads me to believe the telescope was capable of better resolution and was simply impeded by the atmosphere near the horizon.

7
Venus' magnitude during inferior conjunction
7
Apparent magnitude of Milky Way?
4
New to Astrophotography
2
Planets visible at night
2
What is the easiest way to photograph stars during daylight hours?
1
I saw a weird thing around Venus

10
Has the conjunction between Venus, Jupiter, and Regulus only occurred twice in 2,000 years?
11
How was Earth's "quasi-satellite" 2016 HO3 "first spotted" and it's orbit determined?
3
Venus-Saturn conjunction in Sagittarius on Dec 11, 2019 - How often does this happen?
7
Venus' magnitude during inferior conjunction
4
When was the atmosphere of Venus first observed?
5
Where was this photo of Nancy Grace Roman taken, what is the display shown?
7
Has Hubble photographed Venus in near IR? If so how does it compare to the new and exciting Parker Solar Probe image?