NASA recently discovered 'Oumuamua, an interstellar asteroid that appears to have a very elongated shape, unseen in solar system asteroids. 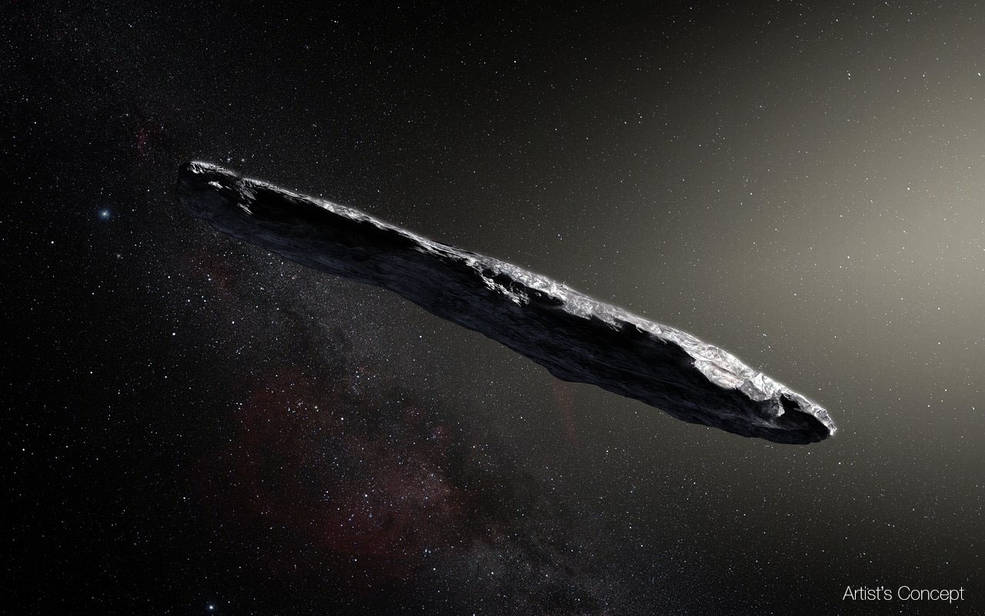 What physical mechanisms, in the progenitor stellar system or from interstellar transit, could lead to the formation of an asteroid with such a shape?

If you don't mind speculation, it seems to me that a massive impact - like the one that is thought to have formed our moon, but even larger, could eject shards like that. That such a shard could escape it's solar-system and fly through space between solar-systems isn't unreasonable. Asteroids (to my understanding) are somewhat loosely formed and an elongated shape like that is unlikely.

A small moon or larger asteroid near a super-nova might get turned into an elongated shape like that by the blast as another speculative answer. A 3rd possibility might be a ejection from a high velocity and somewhat violent debris disk, perhaps from a planet that fell inside the Roche limit of a white dwarf star.

It's still an object that's strange for two completely separate reasons. It being the first ever object observed to be passing through our solar-system and it's thought to be very unusual shape (footnote - better images would be nice). Still, the intersection of two unrelated firsts scores high in statistical improbability, even if the shape can be explained, it still leaves open the question of why two never before seen events coincided with the first ever observed exo-asteroid.

7
Since when are we able to discover interstellar objects similar to 1I/ʻOumuamua?
10
Could asteroid 'Oumuamua actually be round?
2
What natural mechanisms could lead to the unlikely case of the same rogue asteroid or planet passing through our solar system twice?
2
What makes scientists already so certain that Comet C/2019 Q4 (Borisov) is a comet and not an asteroid?
3
The Solar System formation
1
How many asteroids were discovered via GAIA? Is there a list?