So, I know the Moon experiences tidal acceleration from the Earth. And, from what I've read, if not for the fact that the sun would boil away the oceans and engulf both of them first, about 50 billion years from now the Moon would be geosynchronous.

I was curious whether tidal acceleration could ever cause a satellite to escape, and short answer seems to be, yes, it's possible. Is that accurate? And if so, which factors add to it?

So that's question 1: Is it really possible for tidal acceleration to throw a satellite into space before the planet is tidally locked, and if so, does either objects' size impact it, or just fluidity and relative periods?

Then, I wondered about tidal deceleration, and crashing into the planet. It seems obvious that any satellite orbiting retrograde would never stop decelerating, so all would eventually get torn apart and crash onto their planet. For non-retrogade satellites, an article I read implied that all of them will have the same fate... Which implies that the planet's rotation will always speed up more slowly than the satellite's falling orbit. Is that true? If not, then it seems there must be cases where the planet's rotation catches up, and they again end up tidally locked.

So that's question 2: Will all non-retrogade tidally decelerating satellites eventually crash into their planet, or is it possible for the planet to catch up given the right starting conditions?

Edit: Haven't really found any more information on this. Is there someone familiar with relevant equations, who knows the answer?

So that's question 1: Is it really possible for tidal acceleration to throw a satellite into space before the planet is tidally locked, and if so, does either objects' size impact it, or just fluidity and relative periods?

During the locking process, the angular momentum of one is fed into the other until the periods match. The final destination depends on the initial momentum of both objects and the moment of inertia. As an example, if you make the moon less massive, or the earth more massive or with a faster spin, then the final configuration of the system would have a larger orbit.

You could certainly create a system where the final theoretical configuration has a distance to the satellite that is beyond the primary's Hill sphere. Such a system would be expected to eventually separate.

Fluidity might change the rate at which the final destination is reached, but not its configuration.

Will all non-retrogade tidally decelerating satellites eventually crash into their planet, or is it possible for the planet to catch up given the right starting conditions?

Each object is transferring the same amount of angular momentum. But the response of each object depends (at least initially) on the relative magnitudes of their moments of inertia. For a system where the satellite is (relatively) small, or where the difference in rotation rates is large, impact is inevitable. The primary cannot speed up fast enough to keep up with the increasing speed of the descending partner.

But when the difference in periods is small, and the primary is small enough/far enough, then the objects would lock before impact.

You missed the the most important factor, which is, how close the sun is and as a result of the distance to the sun and relative mass, the Hill sphere and the approximate distance where the stable orbital distance ends.

The angular momentum to rate the moon gets pushed away from the planet is an interesting combination of formulas, and could probably be calculated based on the factors you mentioned, density, mass, size, shape and mass of the liquid oceans on the surface, rate of rotation, etc. There's probably a not all that complex approximation that could be worked out for difference scenarios to show how far a moon would migrate before the system tidally locks and how long it would take. (some less interactive systems might take trillions or quadrillions of years or longer to reach a relatively final position, compared to the approximately 50 billion or so timetable for the Earth-Moon system to tidally lock.

OK, I think I have a simple inroad to your other questions, at least a good place to start. Angular momentum.

If we consider a two body orbital system then the tidal effect on the orbit is fairly straight forward. Considering systems where the bulge rotates ahead of the moon the moon is slowly pushed away from the planet and the planet's rotation gradually decreases.

In this two body system the moon never escapes because in a two body system, orbits remain stable over an enormous distance, the question essentially becomes, how far does the moon move away and how long does it take until the system is tidally locked where it, at least mathematically, reaches it's end state.

The 3rd body in the picture (the Sun) has an effect in a couple ways. The relation between the Sun and Planet's relative mass and distance determines the approximate boundary of the stable region of the Hill Sphere, beyond which the moon likely escapes. The Sun also tugs on the Moon, creating perturbations in it's orbit and making it non-curcular, where, in comparison, the two body system with the moon being pushed away moved towards becoming circular.

For Red-dwarfs, where planets are close to the star, the planet becoming tidally locked to the red-dwarf star becomes much more likely (though some partial locking like Mercury's 3/2 orbit to rotation ratio may happen occasionally), but in most cases, with a red dwarf star and planets relatively close proximity, the planet becomes tidally locked to the star and effectively rotating slower relative to the moon, leading to a decaying orbit for moons towards their planets in red-dwarf systems. The stable orbital region in such systems would also be much smaller. The sun is a significant factor in the motion of moons to or from planets.

But getting back to the 2 body system and estimating the tidal effect, knowing that the moon will never escape from a closed two body system, the question then works out to how far the Moon can move from the planet and how long it will take until mutual tidal locking is reached.

A more fluid planet would experience stronger tides, which would again slow it down faster, but definitely accelerate the satellite faster. A more viscous fluid than water would experience weaker tides, but I think they'd be farther ahead. I think more fluid is definitely more effective, but it seems less obvious than the first point.

It's not correct to say a more fluid planet would experience stronger tides. Saying that it would experience higher tides than if it was solid would be more accurate. The tides the planet experiences depend on the mass and distance of the Moon and the size of the planet, so the Moon being equal, the tides would be the same whether the planet is liquid or solid. Fluids are less rigid, so they are better at making tides, but there are tides on land too. On Earth they are called Earth-tides.

The higher tide does effectively push the Moon better and slow the planet more quickly and liquid responds to tides more efficiently, so planets with a liquid surface do move their moons more efficiently and faster than planets without a liquid surface. The shape of the oceans matter too. The wider Pacific has bigger tides than the narrower Atlantic. 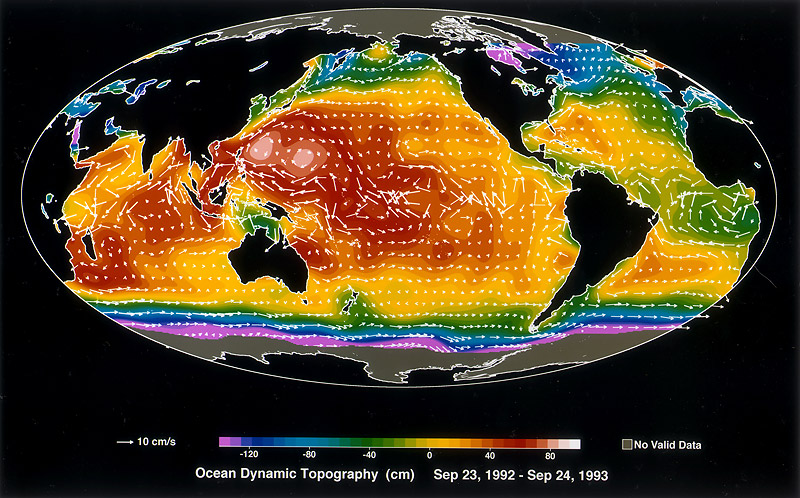 I don't believe the viscosity of the liquid matters. Liquids flow, solids don't and father ahead isn't correct either. Planets generally rotate as a unit, though there are small discrepancies between the rate of rotation between the core and mantle, the entire planet rotates and the tidal bulge rotates with it. Liquids are more efficient and bulging, but not either way the bulge moves ahead with the planet's rotation at equal angles ahead of the moon.

A larger planet would have its orbit slowed less by tidal acceleration, but have a stronger pull to escape. A larger satellite would cause stronger tides and more tidal force, but would require more force to accelerate, and would slow the planet down more quickly. I really can't tell which has the stronger effect...

Looking at the numbers:

but if you work out the math for fairly distant moons, the difference in the tidal force from the far side of the planet to the near side is about:

So looking at the Earth-Moon system, ignoring the sun for now.

If you make Earth the same size but twice the mass, the tidal force doubles but Earth's surface gravity would double as well which would give the ocean water twice the weight with equal mass, the force on the Moon should be similar, but a heavier Earth would take longer to slow down, so the effect would be that the Moon would move further, not less far.

If you keep the density the same and make the Earth larger, say 8 times the mass, so twice the diameter. The tidal force the Moon exerts on our new super-earth would be 16 times greater but the gravity on the surface of the Earth just twice as much. What that means is that by making the planet larger, the Moon actually moves away faster. The larger (but equal density) planet should slow down at roughly an equal rate but as the Moon moves away that rate would slow down.

Some of the math on tides gets confusing for me. The inverse tidal force that moves moons away from planets drops off significantly with distance. The tidal force drops off with the cube of the distance. The force from the tidal bulge may drop off even faster than that because the angle decreases with distance, (I would guess it drops off by the 4th power), so, as the Moon's distance from the Earth doubles, the speed it moves away drops by (roughly), 16 times. (((I think))).

So, if you make the Earth 8 times as massive, and twice the radius, the tidal force increases by 16, but if the Moon moves twice as far, the tidal force drops by 16, which is kind of neat that it cancels out. The distance to gravity ratio, assuming the Moon doesn't change and the planet's density doesn't change, is 1 to 1, which is what I'd expect.

That's probably longer than it should be and it probably needs a lot of clean-up, but I need to call it a day, so I'll look at this tomorrow.

4
What is the real position of the tidal bulge?
14
How can tidal heating lower Io's orbit?
4
Can a solar system exist where the second planet rotates fast, and the third planet is tidally locked to their star?
5
Is there any planet or satellite in the solar system in the process of getting tidally locked?
4
Would a satellite that has a retrograde orbit and a shorter orbtial period than its planet's rotational period be tidally accelerated or decelerated?
2
Jupiter's effect on a hypothetical "warm" Europa's water
5
Difference between fluid Love number and tidal Love number