How small a location is possible to identify when any visible star is at its zenith directly above?

How small an area on Earth is it possible to identify with any precision when any celestial object (star, planet, comet, nova) (visible with the naked eye alone) is at its zenith directly overhead? --Would it be possible to identify an area as small as a town, or village, a square mile, or an acre, or even a building? --How big an earthly location would be required to narrow it down if such a celestial object is directly above? Thanks. PS: I've tried to narrow the question down to get a simple to understand answer. I'm not very technical, nor an astronomer.

Lets assume your observer has a good watch, so she knows the exact UTC time. But lets also assume that she has no special kit, and has no special training.

She might be able to estimate the location of "directly up" to an accuracy of about one hand width (at arms length) which corresponds to roughly 5 degrees. To achieve better than this, she would need some tools for sighting the position of stars.

Such an observation could prove you were in Mexico and not Canada. But it couldn't distinguish Conneticut and Washington DC, much less a square mile.

To get 1 mile accuracy you would need measurements at least 350 times better, This is better than one-sixtieth of a degree. The most skilled observers did achieve this level of accuracy with naked eye equipment, but not from a single observation. It could be done with a telescope designed for measuring the position of stars, provided the operator was sufficiently highly skilled.

If your observer doesn't have a good watch, she is subject to the problem of Longitude: It is relatively easy to find Latitude just from astronomical observations. It is much harder to find the longitude.

@JamesK's excellent answer is probably what you are looking for. However, to address the question of how small a location is possible, the answer is highly dependent on how you define "zenith" or "up" in general.

I think you have three main choices:

Wikipedia says that zenith is the second one (opposite local gravitational "down") which means that the answer would depend on how accurately you could measure this. If you had a plumb bob that could define your local zenith to say 0.01 degree (0.000175 radian) then using 6371 km as an average radius of the Earth, you could only define the location to about 1 kilometer.

If you used a geometric or geodetic definition, and were calculating the zenith mathematically, then you could obtain a location to an accuracy of centimeters, again, mathematically. But this may or may not have any practical use. 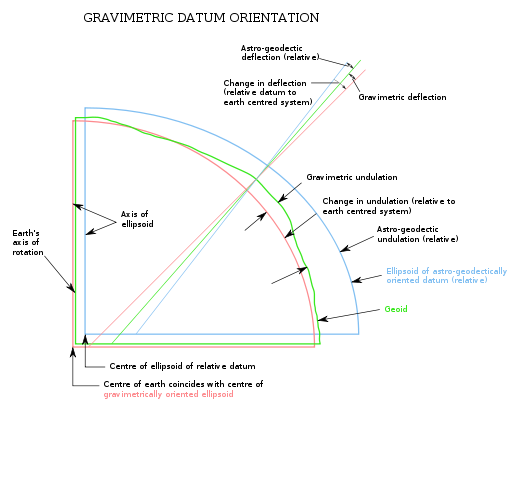 Not the answer you're looking for? Browse other questions tagged amateur-observing fundamental-astronomy observational-astronomy or ask your own question.

7
How to plot orbit of binary star and calculate its orbital elements?
6
Can the Milky Way be seen with the naked eye? Does this apply to any galaxy? If yes, then how and when?
1
Calculate time when star is above altitude 30°
2
How to know when the moon is visible on a particular night?
2
How can I check if we can observe a certain star (given its equatorial coordinates) from a certain location on Earth (given its DMS coordinates)?