It gives expressions for Earth orientation relative to the International Celestial Reference Frame in terms of right ascension and declination of the north pole.

The numbers say that the declination of the Earth rotation axis starts from 90 degrees and decreases by 0.557 degrees every century:

Which means that in about 16000 years (and 16000 years ago) Earth rotation axis will lay in ecliptic plane. It doesn't make any sense to me.

Is it because this model should be applied on short time scales only? I didn't find any information on the time range for which the model is adequate.

Update: my question is not about how Earth actually rotates, but about the model and how it should be used.

provide a first-order estimate of the movement of the right ascension ($\alpha_0$) and declination ($\delta_0$) of the direction of the Earth's north pole for short periods of time after the epoch, expressed to three digits of precision only. $T$ represents the time after epoch expressed in units of Julian centuries (36525 days). The centuries unit was chosen to make the values of order unity, not because the values are meant to be used to extrapolate for centuries. You should be thinking of using this for a period of years, until the next update is published.

This is because the motion sets off in that direction, but will move in approximately a circle about the pole of the ecliptic, and in about 26,000 years return to roughly the same direction. Watch Steven Senders' snappy video.

This movie was created with Blender and is used in the Spitz Fulldome Curriculum for the SciDome planetariums around the world.

Precession is the wobble of the Earth which makes the poles shift position over ~26,000 years as well as the position of the Vernal and Autumnal equinoxes in the sky. This movie illustrates the movement.

Hopefully this movie gives a little more meaning to the Dawning of the Age of Aquarius.

The Earth's axis precesses around the ecliptic pole due to gravitational interaction between the Earth's tilted equatorial bulge and (mostly) the Sun. There is also a faster and much smaller amplitude nutation.

below: Earth's Rotation, Precession and Nutation. From here 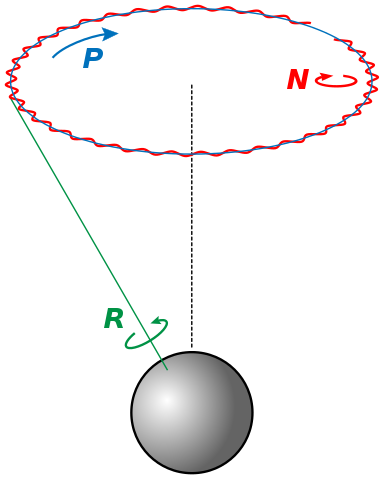 below: Screenshots from Steven Senders' video Precession of the earth. 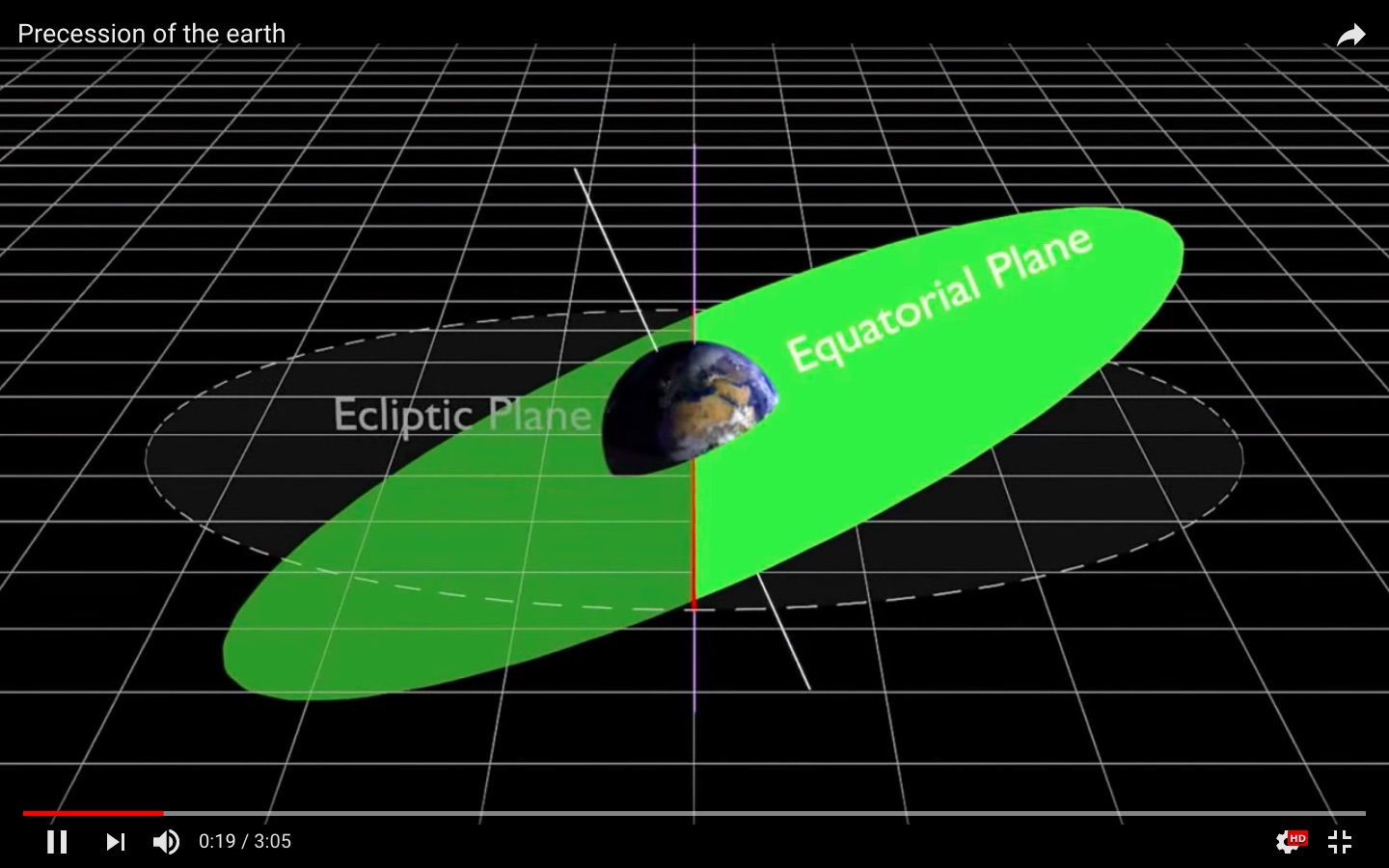 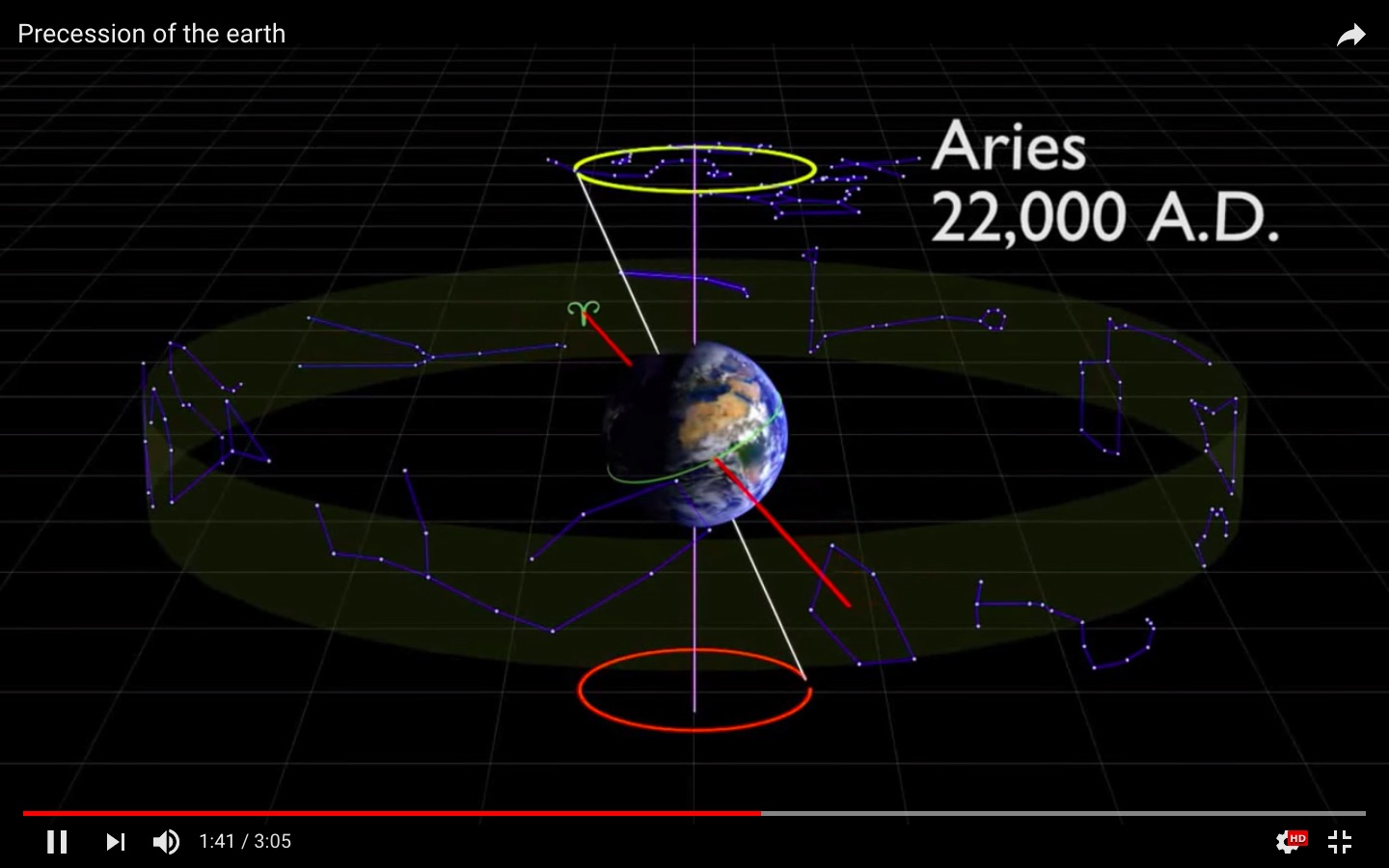 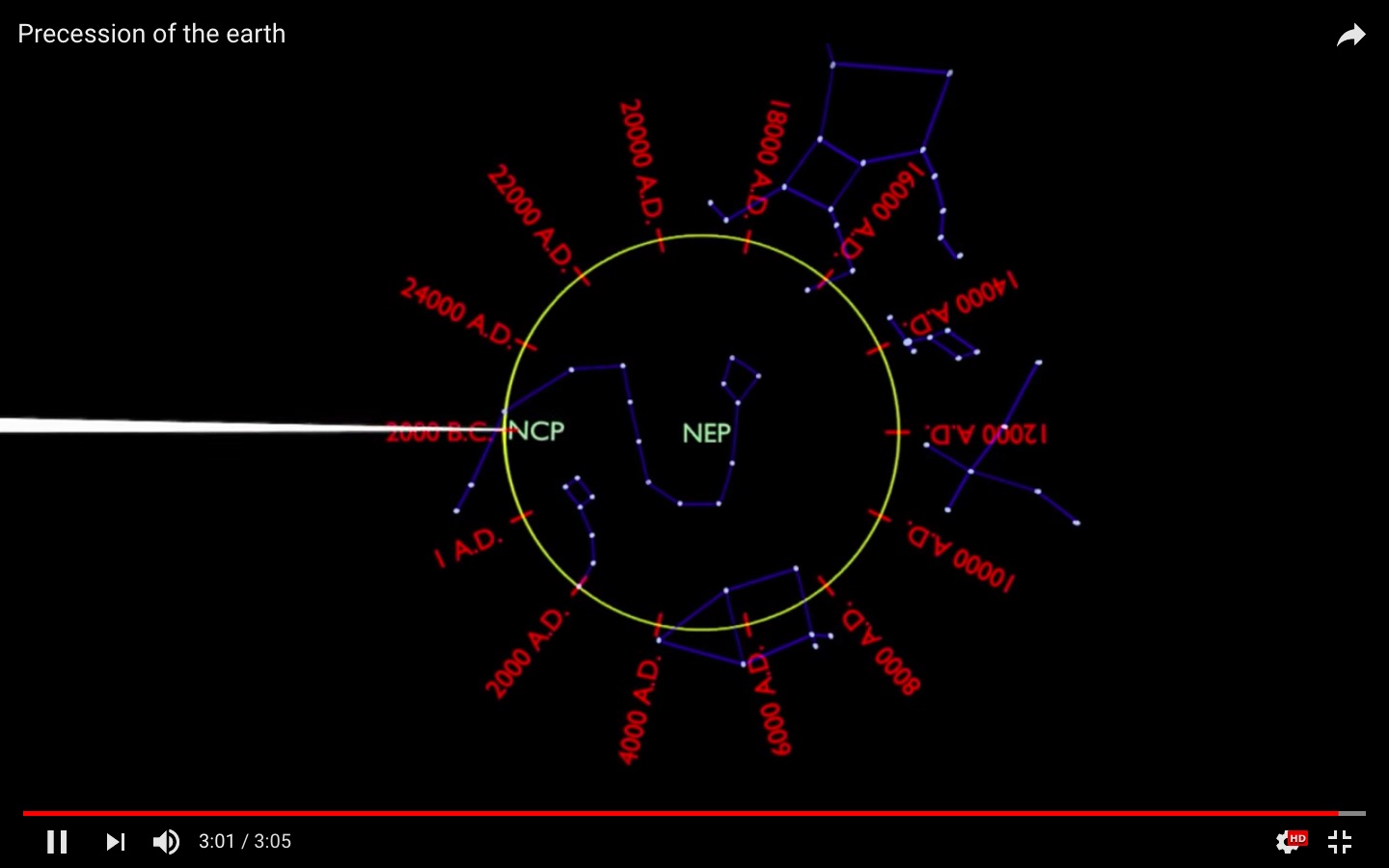 Not the answer you're looking for? Browse other questions tagged rotation iau or ask your own question.

4
Rotation and relativity
7
Does rotation affect gravitational lines of force
0
In rocky planets,does fast rotation cause flatting or low flatting imply slow rotation?
3
What makes the Earth infinitely rotating around its axis
1
How many members of the IAU typically attend votes?
1
How are the three character IAU Minor Planet Center's Observatory Codes assigned? Why are some letters so popular?
9
Why doesn't the IAU consider Quaoar to be a dwarf planet?