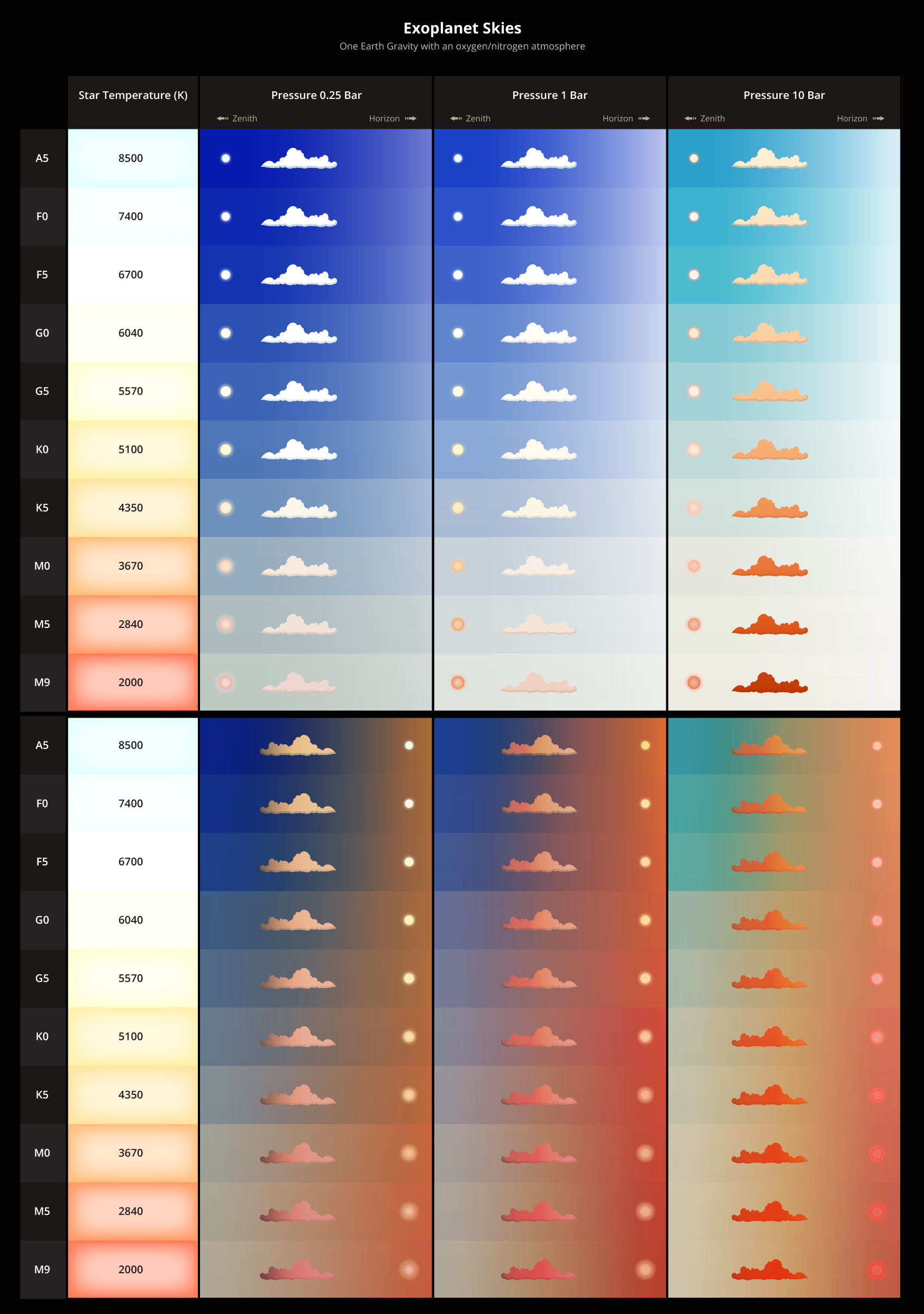 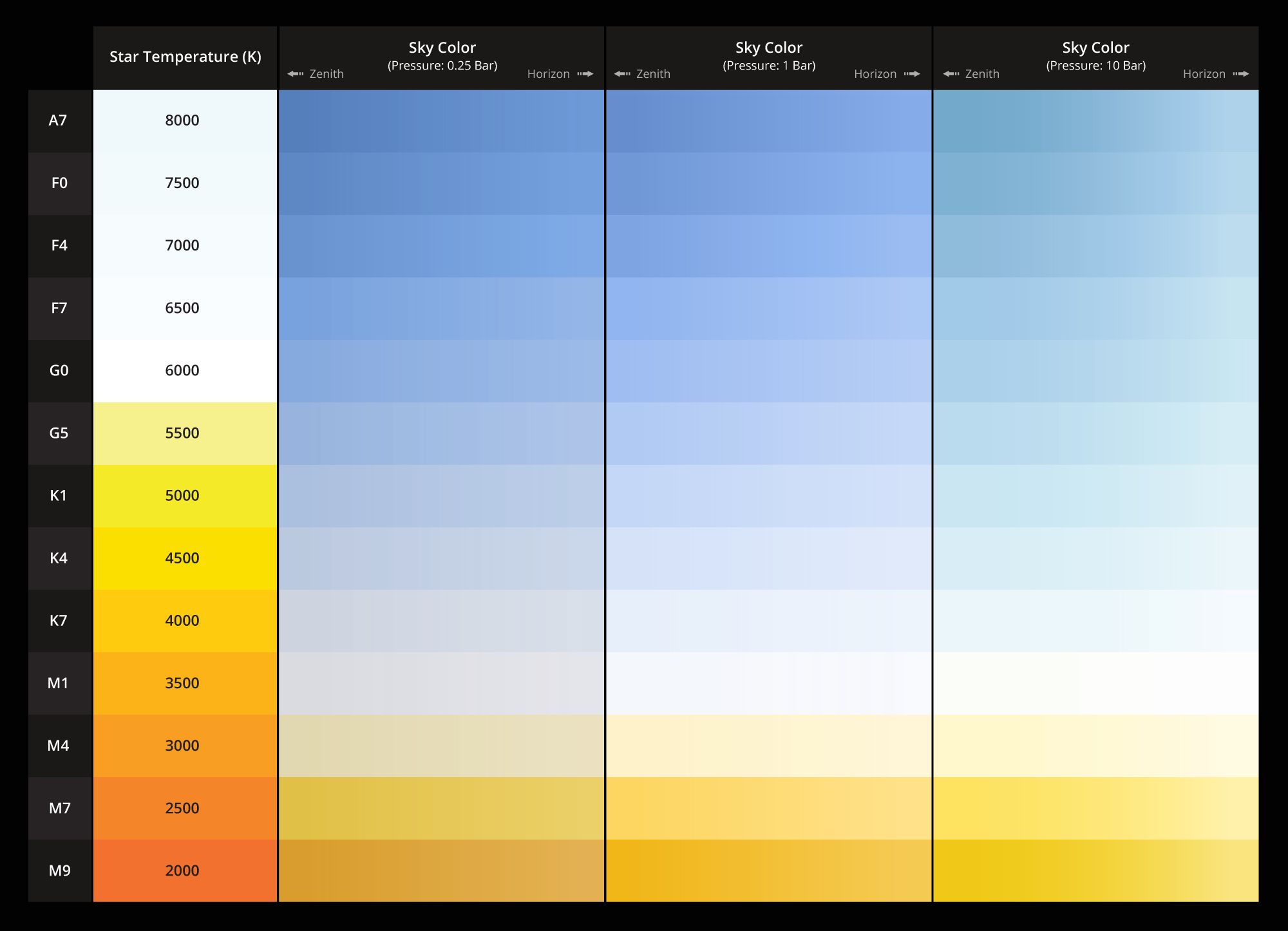 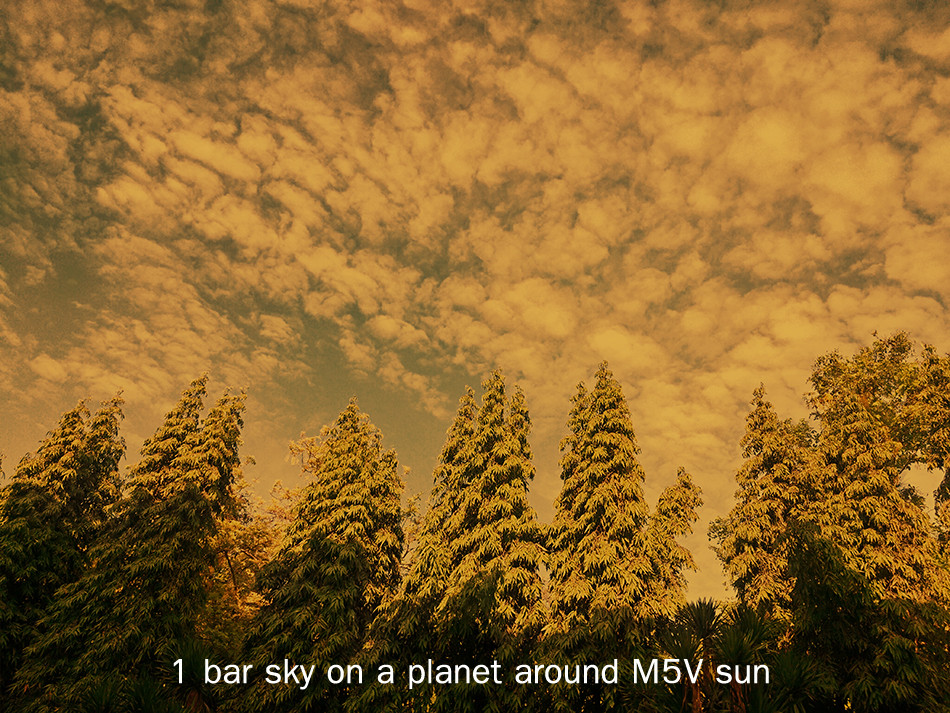 Your plots are incorrect in the segments of high pressure as well as of low star temperature. At high pressure the important factor becomes light extinction, which makes the sky yellowish unless there's really large spectral power density in blue region. At low star temperatures there's so low amount of blue light that the dependence of scattering cross section on wavelength isn't enough to compensate: the exponential factor in the Planck's law can't be beaten by the $\lambda^{-4}$ factor of Rayleigh scattering.

Also, at low pressure the extinction is much less pronounced than at normal pressure, so that even when the Sun is low, the atmosphere doesn't become yellow. This is especially easy to see when the star temperature is high: its blueness compensates the little yellowing that could happen, so we see it as whitening or lighter-bluing.

Still, I don't think one could easily guess it right, so you've actually done a good job. For the sake of completeness, below I'm including my results of numerical simulation of three atmospheres (air only, no aerosols, no ozone) lit by black-body stars with the same set of temperatures as used in your table. Simulations done by my (still WIP) software, CalcMySky.

Not the answer you're looking for? Browse other questions tagged exoplanet planetary-atmosphere terrestrial-planets weather atmospheric-effects or ask your own question.

-1
If the Earth circled a red dwarf/giant or a brown dwarf, would its sky still look blue?
15
How would the sky look if Earth orbited a red giant at a safe distance?
4
Do the gases in the Earth's atmosphere affect the color of a lunar eclipse?
4
What color is the Sky on other Planets?
2
Light levels on other celestial bodies
3
Would Martian sunrise/sunset look the same at the Thaumasia Plateau as the rovers' photographs?

7
How would Alpha Centauri A appear from the surface of Alpha Centauri Bb?
12
Why argon instead of another noble gas?
2
Are the darker blue/black areas in this picture what the atmosphere of Jupiter looks like without clouds?
4
Do the gases in the Earth's atmosphere affect the color of a lunar eclipse?
3
Which kinds of astronomical observations most need to avoid the Moon being up?
5
Would a red dwarf star resemble our own Sun at sunset to an observer on a nearby planet?
3
Air molecules per cubic foot at a certain altitude above the surface
2
What would be the year length of a habitable planet of 40 Eridani A?
2
Special case of rotation period