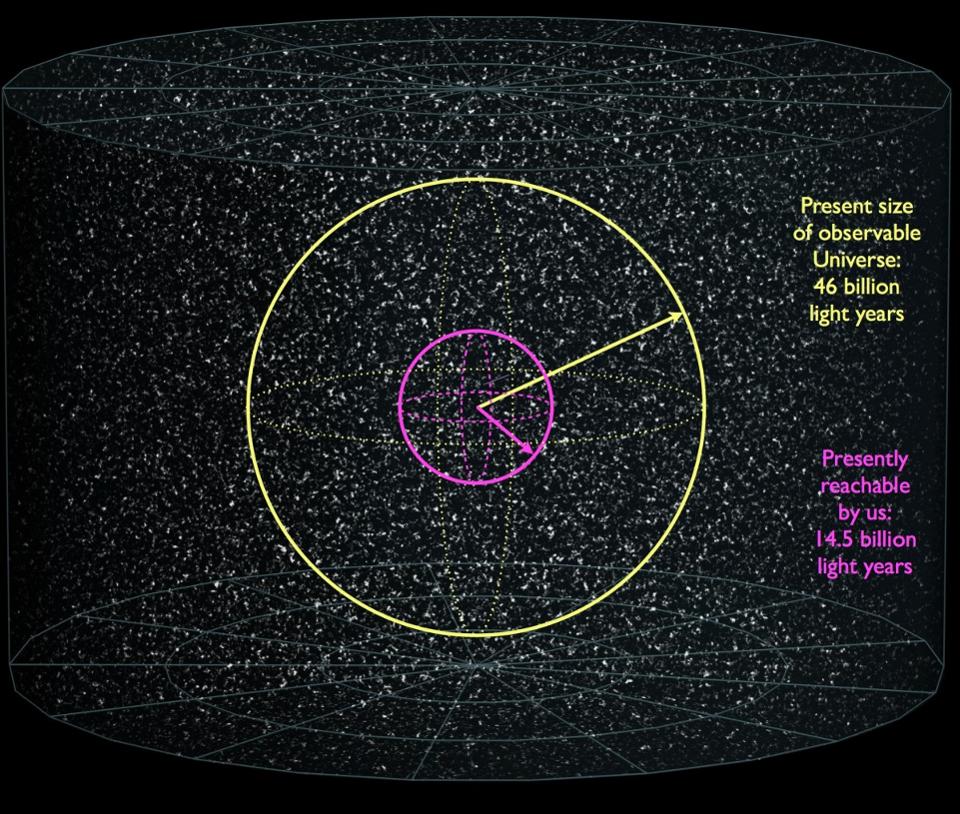 11
Will gravitational waves too far away ever reach us?
4
How long would it take to reach the edge of the reachable universe?
5
What fraction of galaxies in the observable universe have we actually observed?
4
How can the observable universe shrink in a Big Rip?
3
Light beam (1 photon) in the limited universe?
0
Will intergalactic travel be impossible in roughly 15 billion years?
40
How do scientists know that the distant parts of the universe obey the physical laws exactly as we observe around us?