How do we know how fast the surface of a neutron star is rotating?

I understand that we can count pulses in time, but how do we know that the magnetosphere is rotating along with the surface of a neutron star?

Can we measure the rotation of a neutron star in any other way like red-blue shifts? It should be pretty difficult due to the small radius and big distance but is it possible? Is it already done?

How do we know how fast surface of neutron star is rotating?

I suppose we don't know the answer with total confidence, but I'd say we think we know with good confidence. Because we have robust evidence along with a model that matches that evidence.

I understand that we can count pulses in time, but how do we know that magnetosphere is rotating along with surface of neutron star?

I suppose we don't actually know for sure. But I can't think of any process whereby a stationary spherical body can emit regular pulses of radiation.

Can we measure rotation of a neutron star in any other way like red-blue shifts? It should be pretty difficult due to small radius and big distance but is it possible? Is it already done?

No, and no. At least as far as I know. But most of what I know came from Frozen Star by George Greenstein. The first half of the book is all about neutron stars. It dates from 1984 and it could be a little out of date. But as far as I know there's not much wrong with it, and it's a good read regardless. Note that you can buy a second hand copy fairly cheaply. 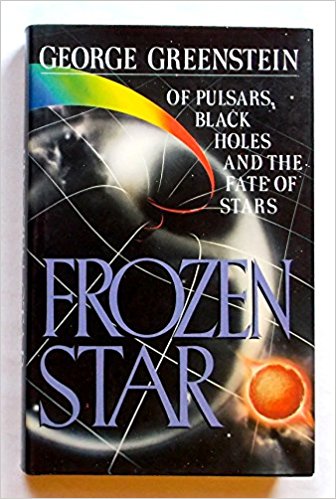 6
How can we know the nature of the companion in a neutron star binary?
4
Can life survive on the equator of cooled and fast rotating white dwarf or neutron star?
2
How could a neutron star cause repeated 'fast radio bursts' detected coming from outside of the galaxy?
5
Is there a significant population of neutron stars outside the galactic plane?
29
Are binary neutron star mergers needed to explain the abundance of gold?
8
Roche Zone of a black hole vs Roche Zone of Neutron Star
5
A neutron star without a flat surface and an atmosphere?
8
How likely are planets to form after neutron star collisions?
1
Question about redshift and effective gravity at the rotating neutron star surface