I'm not sure if this is more a question for a 3D graphics forum, but I'm trying here first in case the answer has more to do with astronomy than 3D.

I am creating a model of the Earth and Moon in a piece of 3D software. To avoid the enormous scale of using real-world sizes, I am using a 1000:1 scale ratio.

These are the dimensions I'm using:

Since I have scaled everything equally, I would assume that the proportions of things would look accurate, but the moon looks very small indeed.

Here is a quick render from a camera placed just above the surface of the Earth, looking out at the moon: 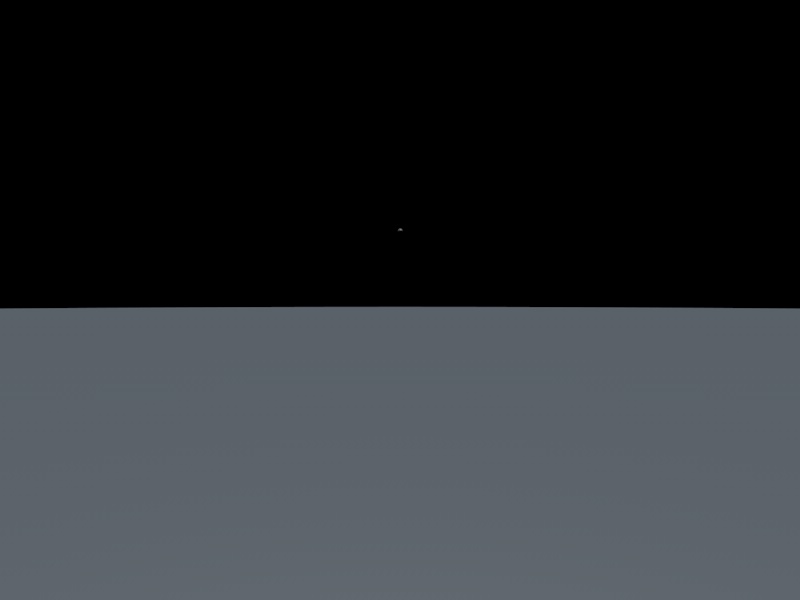 The camera's focal length is 24mm, which I understand to be relatively similar to the human eye. I was expecting the moon to look similar in size to how it looks when you look up at it in real life but, as you can see, it's a tiny little dot.

Is there something obvious I'm missing here, or some explanation for this discrepancy?

I decided to answer because the role of perception is not yet taken into account.

The way we see is not only dictated by the optics of our eyes as cameras. It depends on how the brain elaborate or interprete the signals.

It is well known but still surprising that a finger at arm length can accommodate something like seven to ten moons (if not ten to thirteen, I can't look right now). Still, it quite possible that asking a person (not aware of that) something like "how many moon can you cover with a finger?" we get an answer such as "may be half" or " one? two? Tell me...".

Photographing the Moon with a smartphone or a point and shoot camera we get things like this picture (3.5 mm, aperture 2.6).

The moon looks much smaller in the photograph than as seen in reality. The result does not look too dissimilar from the pic posted by OP. (Let me add that my photo was cropped a bit, so the native size of the moon is even smaller).

All this is to say that whatever is aimed at giving a feeling of realism should consider perception of reality rather then size of reality.

This is done in Stellarium and many others sky viewing apps where a "realistic" option is used to alter the angular size of the moon paradoxically away from reality. I.e. the moon is arbitrarily scaled up to fit our common perception.

I think this is what the OP is dealing with.

PS I am pretty sure that my pic has been uploaded. For some reason it does not appear to be the case. If necessary let me know. By the way it was a house with sky and a small than commonly perceived Moon ;)

Per this comment here is a cell phone image with a horizontal FOV of about 60°. However in this pic the moon is not that small. I suspect the brain still enlarges it as it is down at horizon and trees are close :) 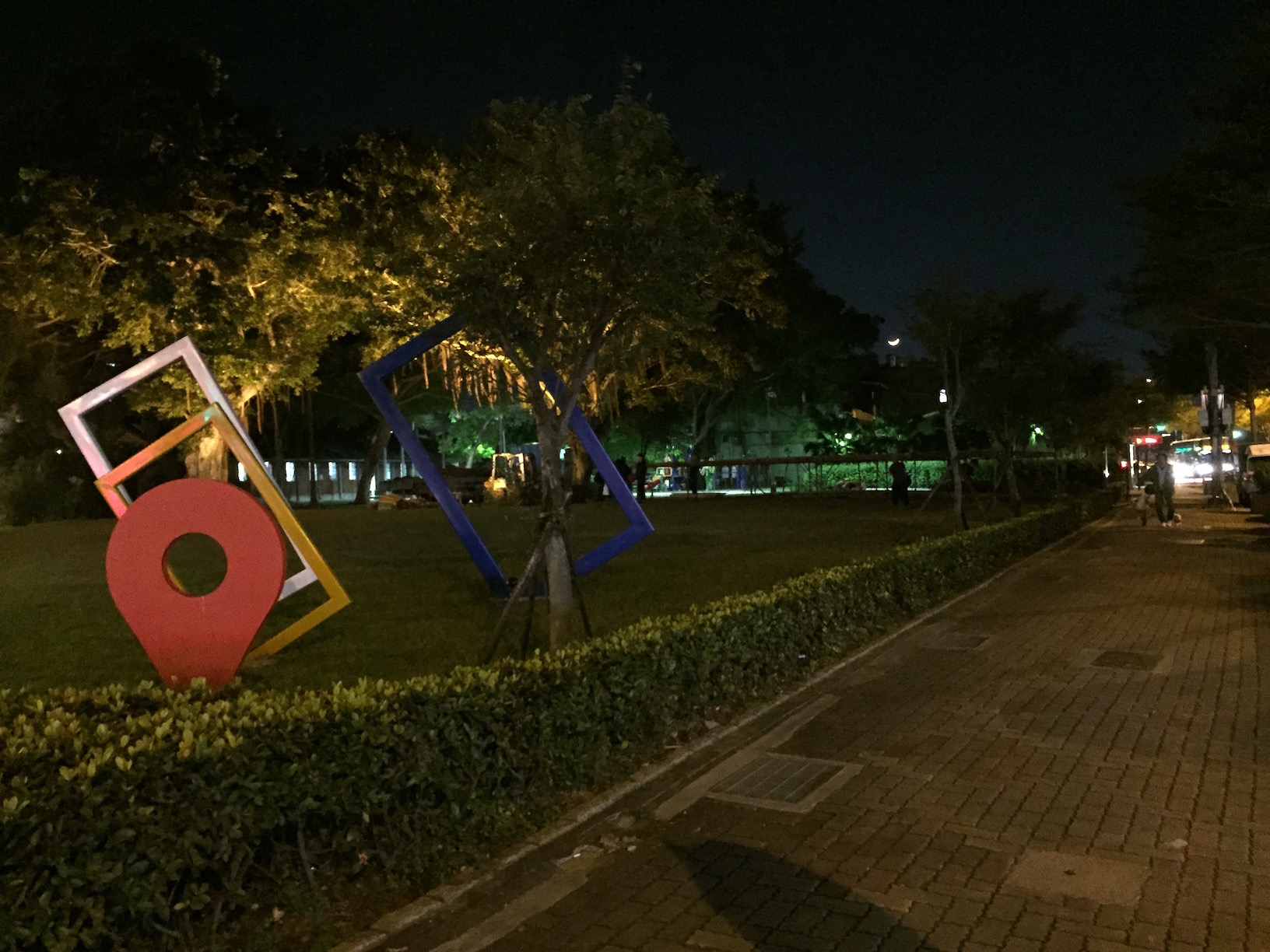 This will become a little off-topic, but the topic itself is, too.

The camera's focal length is 24mm, which I understand to be relatively similar to the human eye

Focal length is only one of two parameters determining the field of view. In fact, for an object at given distance, it determines the size of its projection on a screen. For a simple, thin lens, sizes and distances (from the lens axis / lens) are given by

For objects far, far away, one can approximate $\text{projection distance}\approx\text{focal length}$.

The second important parameter is the size of the image generating area. An expensive DSLR camera has an image sensor of 36x24mm, the cheaper ones (APS-C size sensor) 22x15mm, a mobile phone may be 5x4mm or smaller. Only on the phone sensor, the moon starts to become more than a small dot compared to the entire image, and due to all that megapixels, the image also has some details when zooming in.
Also the human eye has a high resolution, so you can see the details, but the brain also plays some tricks to let the moon appear larger than it is.

One can assume that the virtual image sensor of a 3D software also is in the order of 36mm, see next paragraph. But the moon is not only tiny on the image, since a FullHD image has just 2 megapixels, there aren't even any details visible when zooming in.

A 24mm lens on a 36x22mm sensor gives a horizontal field of view of 73°, which is about the value of the human eye, as stated in the comments. But this value does not only determine the field of view, it also determines how "3D" the image is. A photo taken from larger distance with high focal length appears flat compared to low distance and low focal length. And images taken at very low focal distance feel like taken by a mouse. Now, those guys using 55" TVs as monitor on their desk would like to reduce the focal distance, because, well, they are like mice in front of that screen. So, this is the reason why many games allow to adjust this parameter.

tl;dr- Your moon's dimensions look pretty decent, but the lighting effect is causing your moon to be mostly dark and dim, causing it to appear even smaller. You could probably fix this pretty easily by adjusting the lighting model for the moon object.

To test your result, I tried this:

Here's the image of the moon I got (didn't put in the Earth; the stars in the background are randomly generated): 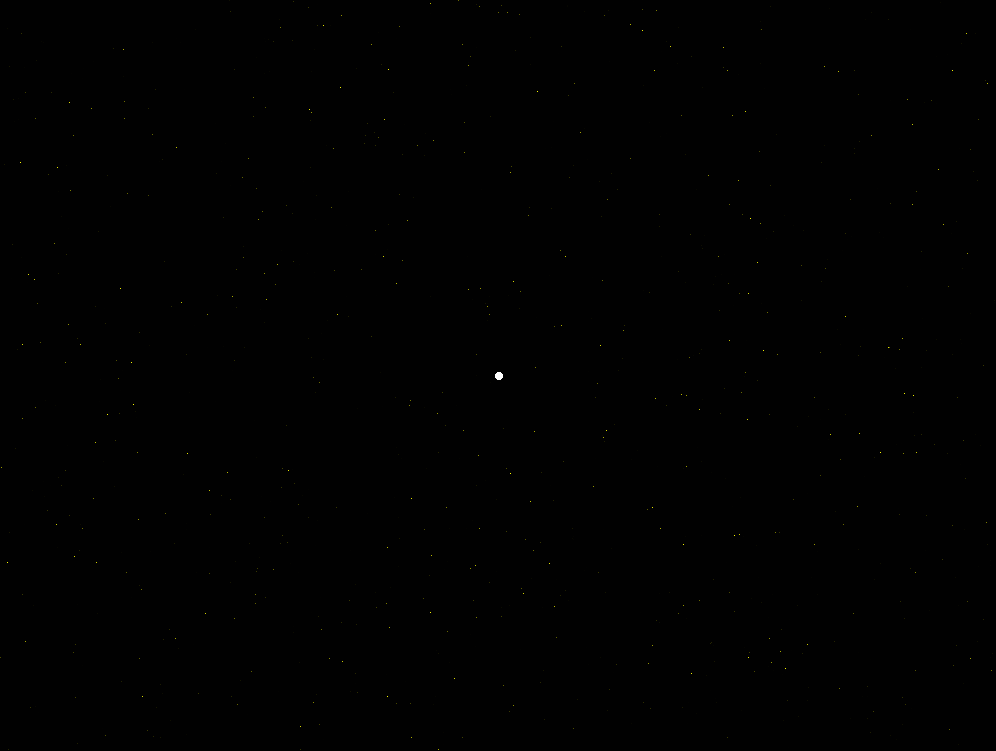 And here're the moons cropped out from the ray-tracer and @Alchimista's answer's image:

And here's an overlay, cropping out the parts of the moon in the photo that didn't fit into the ray-tracer's moon's frame: 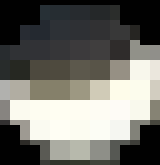 Looks like a good fit! There're a few small sources of error:

Just to avoid confusion, I didn't actually use the shared photo file, but rather a screenshot of the photo. The relevant point there is that the pixel dimensions of the ray-traced image may not match the photo's pixel dimensions for this reason.

Next, I overlaid your moon with a red-framed version of mine: 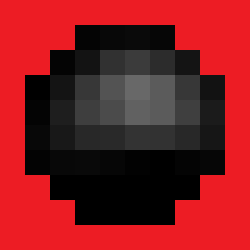 Our moons look like they might be of about the same dimension, except they're drawn differently. I drew mine as a 100% white light; any ray that hit it returned a perfectly white pixel. Yours looks mostly dark, with a specular highlight.

However, a specular highlight isn't a good model for the moon; at least, not one as sharp as used in that scene. As can be seen in the overlay with the photo's moon, the real-life moon has a more reflective effect with a brighter region (though that'll vary with the phase of the moon, e.g. a full moon vs. the crescent-moon that appears in the photo).

In short, the moon's probably going to look small without the typical scenery around it, though the choice of lighting effect makes it look yet smaller.

2
Am I seeing the constellation Orion?

12
Why does the darkening of the Moon go from left-to-right during an eclipse?
2
Tidal lock of earth and moon
2
What would Earth be like without the Moon?
6
Can Earth host another natural satellite than the Moon?
8
Difference in gravity on both sides of the moon
1
Why does the moon looks like having different filters sometimes?
3
Small changes to Earth's orbit caused by a large impact on the Moon
8
Where are Moon's Apogee and Perigee? Do they rotate too?