What's that ring that only now appears in black hole illustrations? 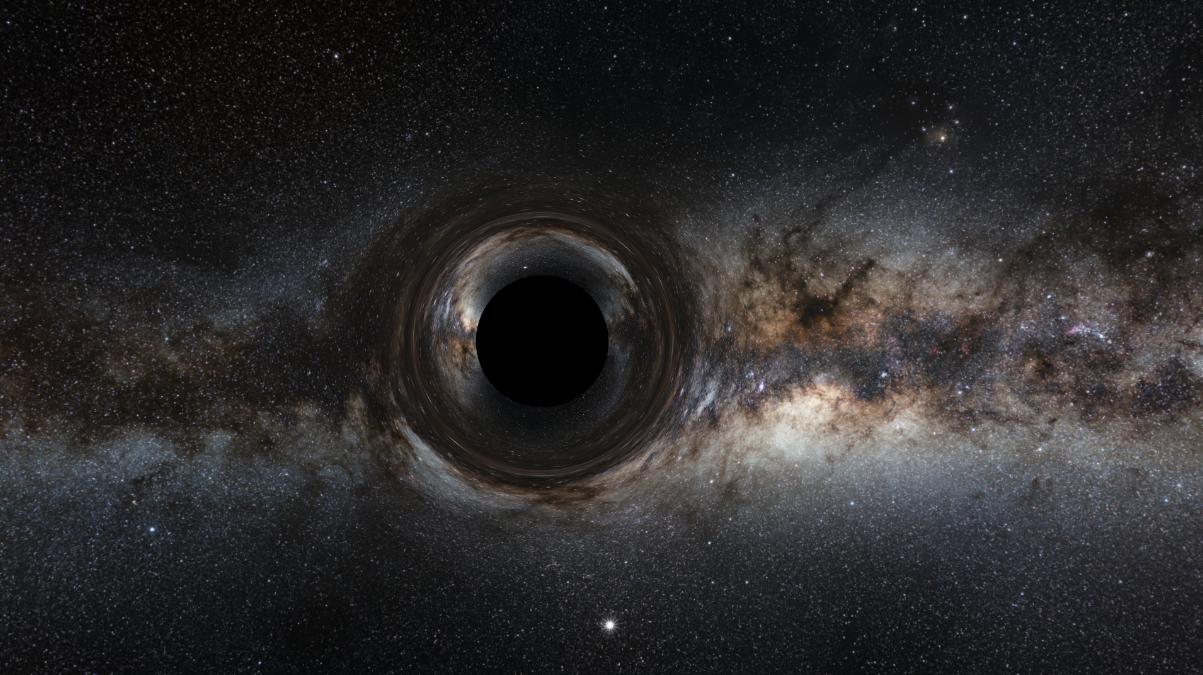 If you'll notice, space time starts to deform near the black hole, but then at considerable distance from the black hole' surface, images in the background become ultra-distorted, but then as you look even closer to the black hole, the distortion starts to look normal again almost like nothing is happening except for a minor fish-eye lens effect.

If space-time distorts in a monotonic way as you approach the surface of a black hole, how does this ring of ultra-distortion exist? Why doesn't the image look even more distorted at the surface than at that ring?

This is due to photons actually going in circles around the black hole multiple times.

Far away from the BH, the image is only slightly distorted. These are photons that deviated only a little bit.

Looking closer and closer to the disk, you get photons that did 1.5 turns, 2 turns, 3 turns and so on.

What you see is concentric ring images, each one of them containing the full picture of everything around the BH but compressed in a ring. There's essentially an infinity of concentric images, but you only see clearly the first few of them.

It should be noted that the black disk in the middle is not the event horizon. It's simply a region in space where no light comes from that could reach your eye. The actual event horizon is about 2x smaller. You could think of it as the image of the event horizon "magnified" by the spacetime distortion, but the analogy is not perfect.

A black hole is, in many ways, like a very strange "lens".

I know you've already accepted an answer, but I want to provide a more technical answer that gets more into to the physics involved. If you're really curious to read more, and have a propensity for math, I'd suggest you take a look at the incomparable Lectures on Gravitational Lensing by Narayan and Bartelmann. This will be the basis of much of my answer and, in fact, is the basis of many later treatises on gravitational lensing.

First off, I want to say that Florin's description of photons circling the black hole and producing multiple rings is a correct idea and really does occur, but I don't believe is pertinent to your question because those rings aren't visible in the image you posted.

Instead, what you're seeing is an effect in gravitational lensing whereby images of objects are distorted, magnified, and duplicated. What occurs, in simplified terms, is that near the black hole, the local space-time metric is warped (in other words the black hole exerts gravity) due to the massive singularity in the black hole. This warping of space-time causes the path of light, which would otherwise travel along a straight line, to be bent. It is possible, with some basic assumptions, to calculate precisely how the image of a background light source is distorted.

The main and well-defined ring that you see is known as the Einstein Ring. You can see this ring really well in the (simulated) image below. 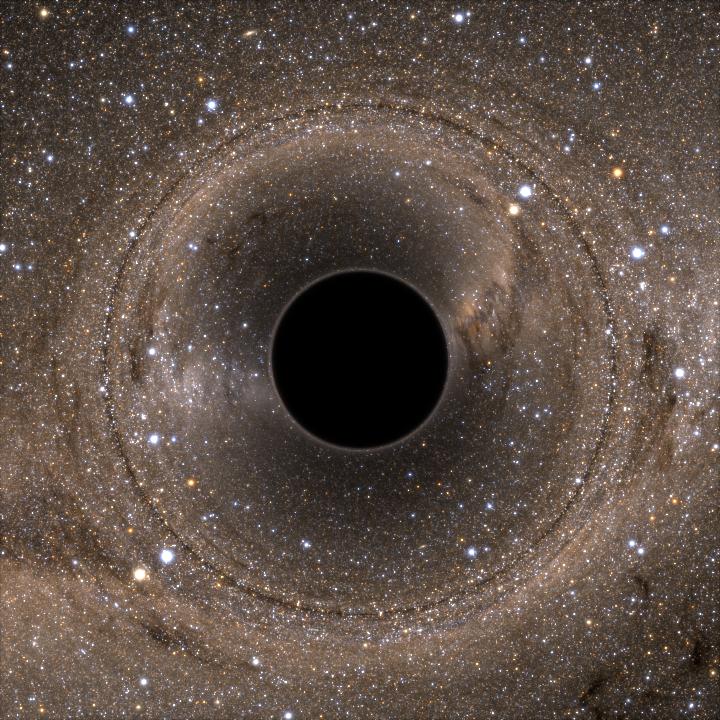 In the simple case of a single, non-rotating black hole, the physics is simple enough to actually do the calculations outright (albeit with some simplifying assumptions, e.g., the thin lens approximation). As described in the Lectures linked above:

Any source is imaged twice by a point mass lens. The two images are on either side of the source, with one image inside the Einstein ring and the other outside. As the source moves away from the lens, one of the images approaches the lens and becomes very faint, while the other image approaches closer and closer to the true position of the source and tends toward a magnification of unity.

So you can see that you get duplicate images of any background object, which can clearly be seen in the image above. At about 7 o'clock in the image you can see two stars (one reddish, one blueish) which are outside the Einstein ring, and then a second image at about 1 o'clock which is inside the Einstein ring. The Einstein ring itself is a special case where the objects exactly on the ring are directly behind the black hole (from the observer's perspective). In this special case, you don't get two images anymore, but rather you get a ring of light. As objects approach this ring (in other words, as they approach being directly behind the black hole), their image gets distorted - the scientific jargon in the lensing community is they get sheared - and they slowly transform from a double image into the ring.

That's why you see the distortion you described. As an object behind the black hole approaches your line of sight, it appears as two images, one far outside the Einstein ring and one (very small) image close to the event horizon. Then, as the object approaches your line of site, the images of it approach the Einstein ring from both sides, where it gets brighter and more distorted.

The idea mentioned by Florin about photons circling is true, and in fact you actually see multiple Einstein rings, but the other rings are very close to the black hole and in general you would not observe them. You can see these other Einstein rings as a slight glow around the black hole in the image above.

5
What is the optimal escape trajectory from near a black hole?
3
Does conservation of energy make black holes impossible?
6
Would gravitational waves be subject to external gravitational perturbations?
2
What can be learned from, or noted in this LIGO Orrery video?
6
What is the closest one could get to a black hole and still stand a realistic chance of escape?
0
Why black holes look black to us?
2
If a black hole was headed for our solar system and would arrive within a year, would we necessarily know of it?
1
Is a black hole found in the centre of the low-surface-brightness and dark-matter-free galaxy AGC 114905