Why is the Sun's atmosphere (the corona) so hot?

It is still an open question, even though it is clear that it is linked to the magnetic field of the Sun. The following hypothesis are the following: 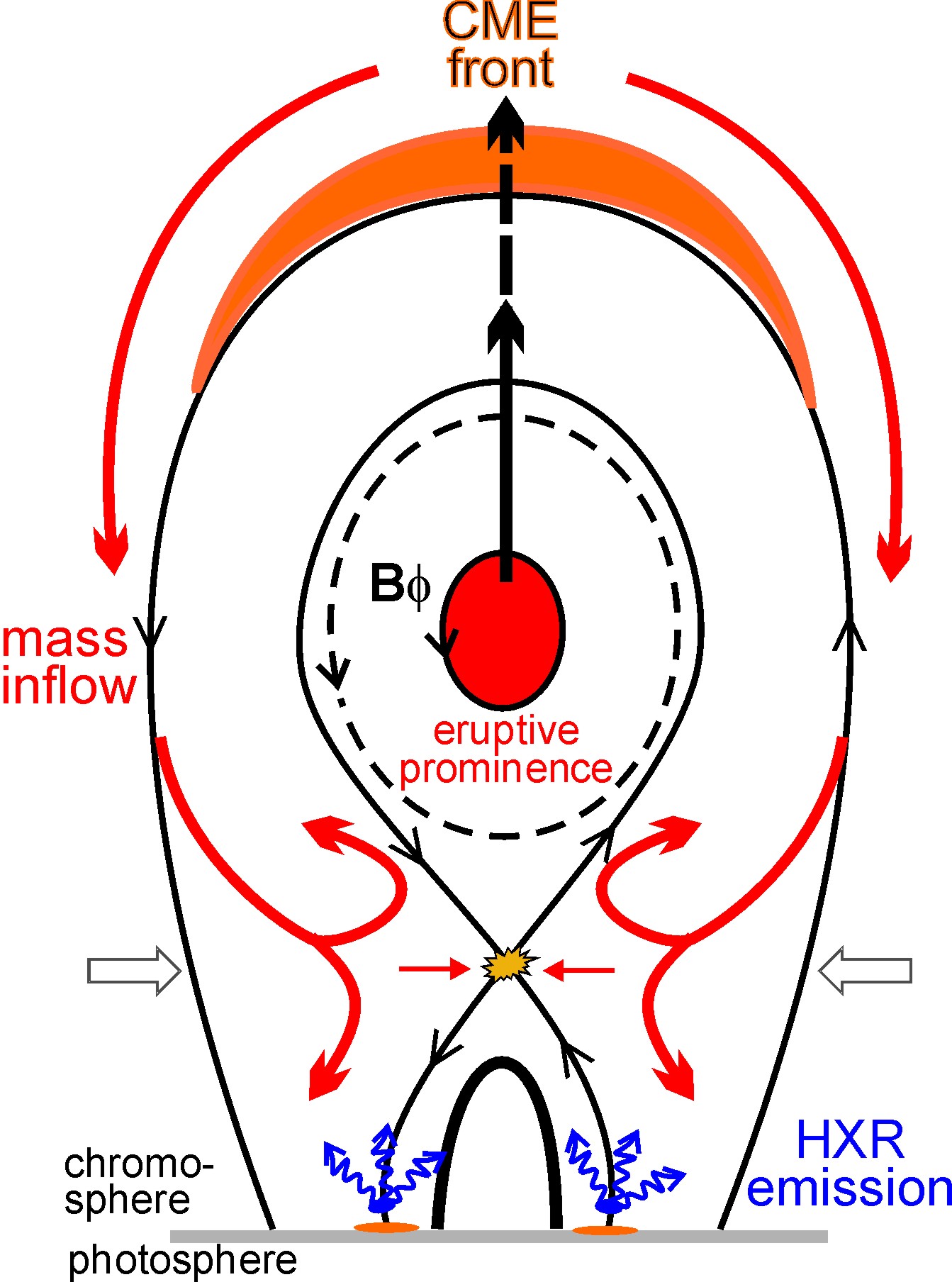 Black lines represent the magnetic field lines. They are tied to the surface of the Sun (the foot points). One of the magnetic field lines is looping, and it is "crossing itself". When it reconnects, it forms, on the top, a magnetic loop and, on the bottom, an magnetic arch. As pointed out by this diagram, magnetic reconnection mechanism is also associated to Coronal Mass Ejection (CME), since the energy released by magnetic reconnection is powerful enough to eject a significant amount of matter.

5
Does the orbital variation in planetary gravity affect the Sun's corona
6
What is the temperature of the solar atmosphere (the corona) and how is it measured?
4
Photosphere is relatively transparent. Is that right?
3
Relative brightness of the sun's corona
6
Might someone see changes to the corona during a solar eclipse?
2
Would the solar corona be visible from the distance of the outer planets?
0
Does the Sun's atmosphere have a scale height?
2
How could the polarizer in early coronagraphs make the Sun's corona more visible against the daytime sky?
4
Why is solar corona in visible light filamentary?
2
Physical properties of the stellar corona?