Why does the Milky Way appear to form an arch shape across the sky?

The Milky Way galaxy is disc-shaped and Earth is in its plane: 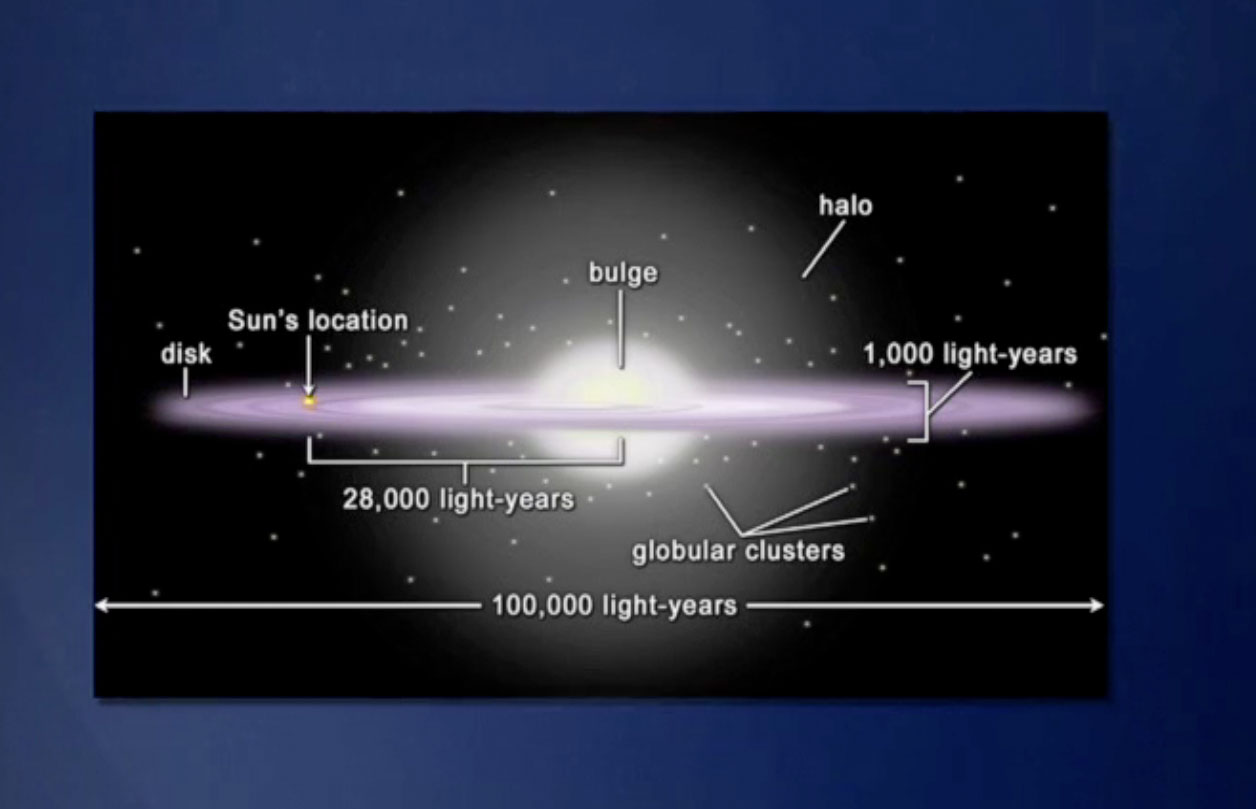 In the following image, the Milky Way appears form an arch shape across the sky:

This looks like an out of plane view of the Milky Way. How is it possible? Why does it appear as an arch shape and not a thick straight line?

milky-way night-sky
Share
Improve this question
edited May 19 at 21:49

The Earth is a sphere (or is nearly a sphere). So to make a map of the whole Earth you would need to project it onto a flat surface. When you do this you create distortions. For example, on many maps, the straight line between New York and Japan looks like a long curve. It is not actually a curve, but when you stretch the surface of Earth to make it flat, some straight lines become curved.

The sky is also a sphere. If you ignore distance and just think of the direction of each point in the sky it would be a huge sphere that surrounds you. When we take a picture of the sky we must project that sphere onto a flat surface. That causes distortions, and it means that what is a straight line on the sphere of the sky is distorted by the projection into a curve. 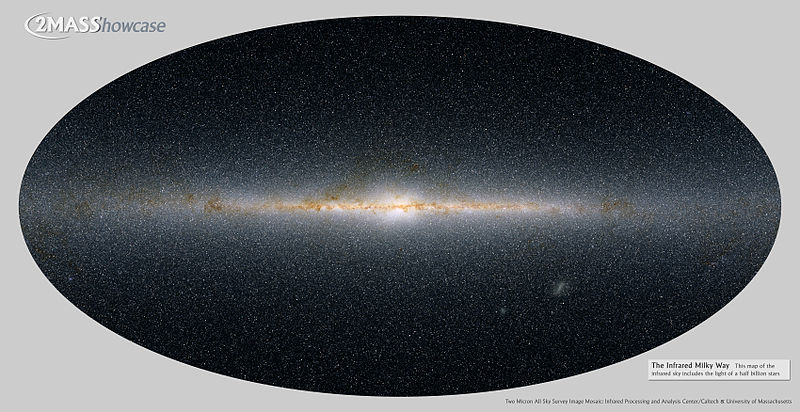 I have seen a number of explanations of this that claim it is due to lens distortions or projections on the flat plane of the image/screen. I don't think either one is correct. If you are ever in a dark-enough place to actually see the MW with your own eyes, it looks like an arc any time the band is lower than 45 degrees or so above the horizon. If you take an image of the MW at that point with a strictly rectilinear lens, mounted with nodal slide to conrtrol for paralax, and then stitch it together it will still look like an arc. Yes, the arc can be exaggerated by lens distortion, but that is not the primary reason the MW looks like an arc.

A number of apps that predict the position of the MW exist today, and they clearly show the COMPUTED position of the MW in the sky as an arch (see for example PhotoPills or Stellarium). The appearance of an arch is due to the projection of the MW on the curved sky, not on "your flat screen". The solid angle subtended by the MW is very small, and when you view it from a point on the Earth's surface that is substantially out of the projection plane it looks like a curve. As pointed out above, when the MW projection plane directly intersects a large circle of the Earth AT THE POINT WHERE YOU ARE STANDING the band is directly overhead and it looks like a flat plane.

Not the answer you're looking for? Browse other questions tagged milky-way night-sky .

37
How can we tell that the Milky Way is a spiral galaxy?
8
Are there are any photographs online that approximate what the Milky Way looks like to the unaided eye?
4
What part of the milky way do we see from earth?
12
Why don't we see "the milky way" in both directions?
2
Why can I see the Andromeda Galaxy despite Milky Way's rotation?
14
Why does the closest approach of star S2 to Sgr A* not appear to be near the focus of its elliptical orbit?
37
Are there any stars that orbit perpendicular to the Milky Way's galactic plane?
5
How do astronomers calculate the period about the wave motion of the solar system in the Milky Way?
10
Why does a timelapse video of a stationary Milky Way make the horizon appear to move from horizontal to vertical?