Did we ever actually see the earth revolving around the sun? Is the geocentric model completely disproved?

Did we ever actually see the Earth revolving around the Sun?

Also, is the geocentric model completely disproved or was it sidelined because the heliocentric model made things easier to understand?

(BTW I know Earth revolves around the Sun and am just asking out of curiosity.)

What you're asking, basically, is whether there are any proofs for the heliocentric model of the Solar System.

A literal naked-eye observation of the Earth revolving around the Sun would be rather difficult, since human beings have never gone to another planet yet, and have only been to the Moon briefly, decades ago.

Here are several proofs; some of them are historically relevant also.

This is like saying: "if it's heliocentric, and knowing that the law of gravity is correct, then Kepler's laws should be such-and-such". And then: "oh, but the theoretical calculations for Kepler's laws match the actual observations with great precision. Therefore, our hypothesis (heliocentric, inverse square law) must be correct." 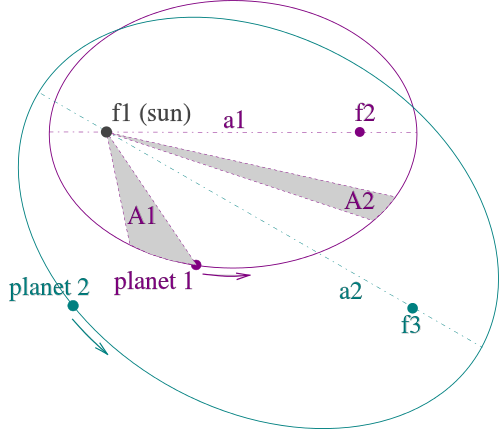 It was the earliest strong indication that the heliocentric model is in natural accord with the basic laws of science, whereas the geocentric view was becoming more and more contrived as evidence accumulated.

Tycho Brahe in late 1500s provided the enormous mass of observations of planetary motion. Johannes Kepler in early 1600s used Brahe's observations to come up with his laws empyrically (and also arguing for the heliocentric model). Isaac Newton in late 1600s said "yes, Kepler is right, because of mathematics and the law of gravity, and here's the proof from calculus".

An early argument against heliocentrism was that, if the Earth was really revolving around the Sun, then very distant objects, such as the stars, would appear to be ever-so-slightly bobbing back and forth around their average positions. Since that's not the case, it was argued, therefore the Earth must be fixed.

You can see this argument in historical archives, proposed by theologians in the late 1600s, in favor of the geocentric model, and against the growing consensus then of "natural philosophers" (what we would call today scientists) that the heliocentric model was correct. 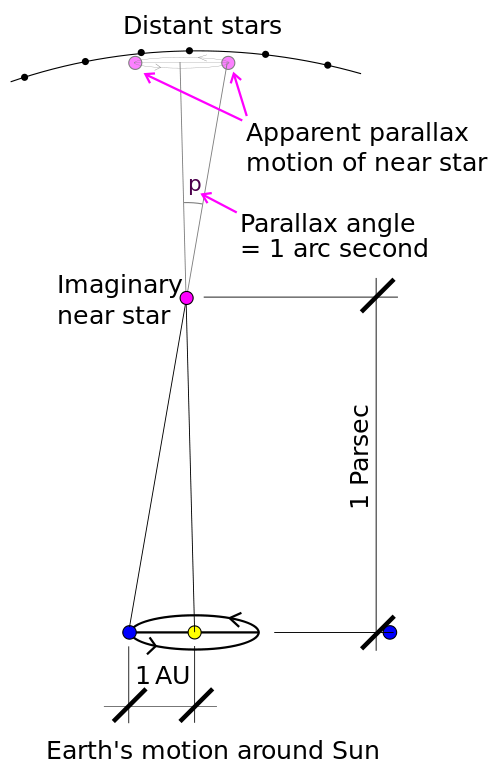 In reality, parallax does exist, it's just very small. It was measured experimentally in the 1800s, and was then quickly used to determine, for the first time, the distance to the nearest stars.

The direction where we see a distant star also changes when Earth's speed vector changes during its revolution around the Sun. This is different from parallax; it's more akin to the way raindrops on the side windows of a car leave diagonal traces when the car starts moving (even though the raindrops fall vertically). 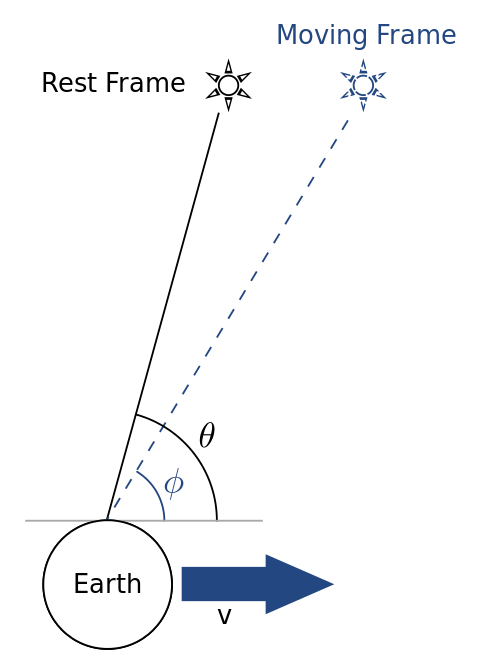 It's essentially a relativistic phenomenon (when applied to light), but it can be partially explained in a classic framework. It was actually observed before parallax in the late 1600s (the heyday of Newton), but it went unexplained until early 1700s.

Landing a probe on Mars or Venus would simply not work if you assumed a geocentric model. A geocentric description of the Solar System might remain valid in a purely kinematic perspective (just the geometry of motion) as long as you remain on Earth. But the illusion breaks down quickly as soon as you start to consider dynamics (see Kepler's laws), and/or when you try to actually leave Earth (space probes).

Let me reinforce this point, since several answers and comments got it wrong: the geocentric and the heliocentric models are not completely interchangeable, or a matter of relativity. You could build an "explanatory" geocentric model, and it would be "correct", purely in a kinematic fashion (the geometry of motion), and only as seen from Earth. But the model breaks down as soon as you consider dynamics (forces and masses); it would also reveal itself as incorrect even from a kinematic perspective as soon as you leave Earth.

This is not just an artifice to simplify calculations. The dynamic calculations are wrong in a geocentric model.

In order to compute the very high precision trajectory of the space vehicle carrying the Curiosity rover and successfully place it on Mars, you must operate from a heliocentric perspective. The dynamics are all wrong otherwise. You would not miss the target only a little, in a geocentric approach, you would miss it by a lot - the vehicle would not even go in the general direction of Mars.

When observed in a telescope, Venus has phases like the Moon, and also grows and then shrinks in size, synchronized with its phases (it's large as a thin crescent, it's small when it's gibbous). In a geocentric model, the size changes could be explained by an elliptic orbit of Venus around Earth, but the phase changes synchronized with that are harder to explain. Both phenomena become trivial to explain in a heliocentric model.

It should be noted that this does not necessarily prove the heliocentric model, just the fact that Venus is orbiting the Sun, not the Earth. So it's an argument against pure (or strict) geocentrism.

Jupiter, when observed in a telescope, clearly has its own satellites. This was an early blow against a strict geocentric model, which assumed that everything must orbit the Earth. It opened the door to the idea that orbits could be centered on other celestial bodies too, and to the idea that things in orbit around larger objects could have their own smaller satellites (and therefore the Earth could orbit the Sun without losing the Moon).

The list could continue (and the full list is very long) but these arguments should suffice. You don't necessarily have to see something with your own eyes in order to know with certainty that it's there. In the case of Earth's revolution around the Sun, it was simply a matter of an overwhelming amount of evidence piling up in favor of it.

Well, I'd argue with our satellites that are currently orbiting various planets in our solar system (Venus Express, Mars Reconnaisance Orbiter, Cassini, etc.).
Those have directional antennas to transmit the big chunks of data (omnidirectional antennas for low-gain communication like wake-up calls in case of a safety-mode event). So if those would not take into account the revolution of Earth around the Sun, we'd not have any scientific data.

I think there won't be any more 'direct' and 'visible' proof than this. Ofc if the person you want to convince about the truth of the Copernican system is more open to physical arguments (and doesn't run away at the sight of a bit math) you can start by laying out the gravitational potential for the restricted 3-body-problem see also, explain how literally none of our Space missions would have succeeded if the system were indeed Ptolemeian (lack of centrifugal forces around the sun -> everything shoots in a different direction).

I could go on here forever, all the dynamics which is explained nicely by Newtons law of Gravity (until a certain point..) would collapse.

Concerning your question whether the Ptolemeian model is completely disproved: It is as disproven as it gets. If your theory makes wrong predictions, it's disproven. You can add more and more virtual spheres of higher and higher order (modify the theory) in your imagined medieval sky, but at a certain point it becomes ridiculous. Even before the space age there was so much evidence pointing towards a Heliocentric viewpoint (Phases of Venus, Comets around the sun, discovery of Neptune and Uranus under heliocentric assumption...) Also here I could go on forever, but if you're interested in this, best read one of the books that are free on Project Gutenberg. They're legaly there as their copyright expired long ago and I found it very funny to read how already in the 1850's so much evidence for the Heliocentric theory was piled up.

The answer by Florin Andrei comprehensively explains scientific and Earth based observation support for the heliocentric model.

If we include interplanetary probes in the discussion, then yes, we have observed the Earth [orbiting] the Sun.

In order to receive commands from controllers on Earth the probes track (read calculate and observe) the location of Earth in order to point their radio dishes. Without accurate pointing, they are not able to receive the radio signal from Earth. Accurate pointing is also required to transmit results to Earth.

And some of those results have been photos of the Earth, in space right where the heliocentric model says it should be.

Not the answer you're looking for? Browse other questions tagged the-sun earth rotation .

1
Is it completely false that the Sun does not revolve round the earth? In what sense?

16
Moon's orbit around the Sun
9
How can one explain the apparent motion of the Sun from a heliocentric point of view?
3
Precession of the Equinox
13
How did the Earth come to be in orbit around the sun?
9
Why do our clocks not go out of sync with the day over a year?
8
How did ancient astronomers know to order the planets from the closest to the farthest from the Sun?
9
How did they decide the length of one year even though it wasn't known that earth revolves around the sun?
5
About how many revolutions has the Earth made around the sun?
20
Was the Geocentric Model correct at all?
0
What's the minimal argument I can give to reject The Geocentric Universe?