Estimates VOLUME of the ur-Supermassive Black Hole of this universe

Assuming Prof. Poplawski's "universe in a black hole" ( and at Arxiv here ) concept is true--that our universe is the result of a nonsingular Big Bounce from a supermassive black hole (SMBH) under Einstein-Cartan gravitation--then it seems possible to calculate the volume of this ur-object using the following method:

What size is that? 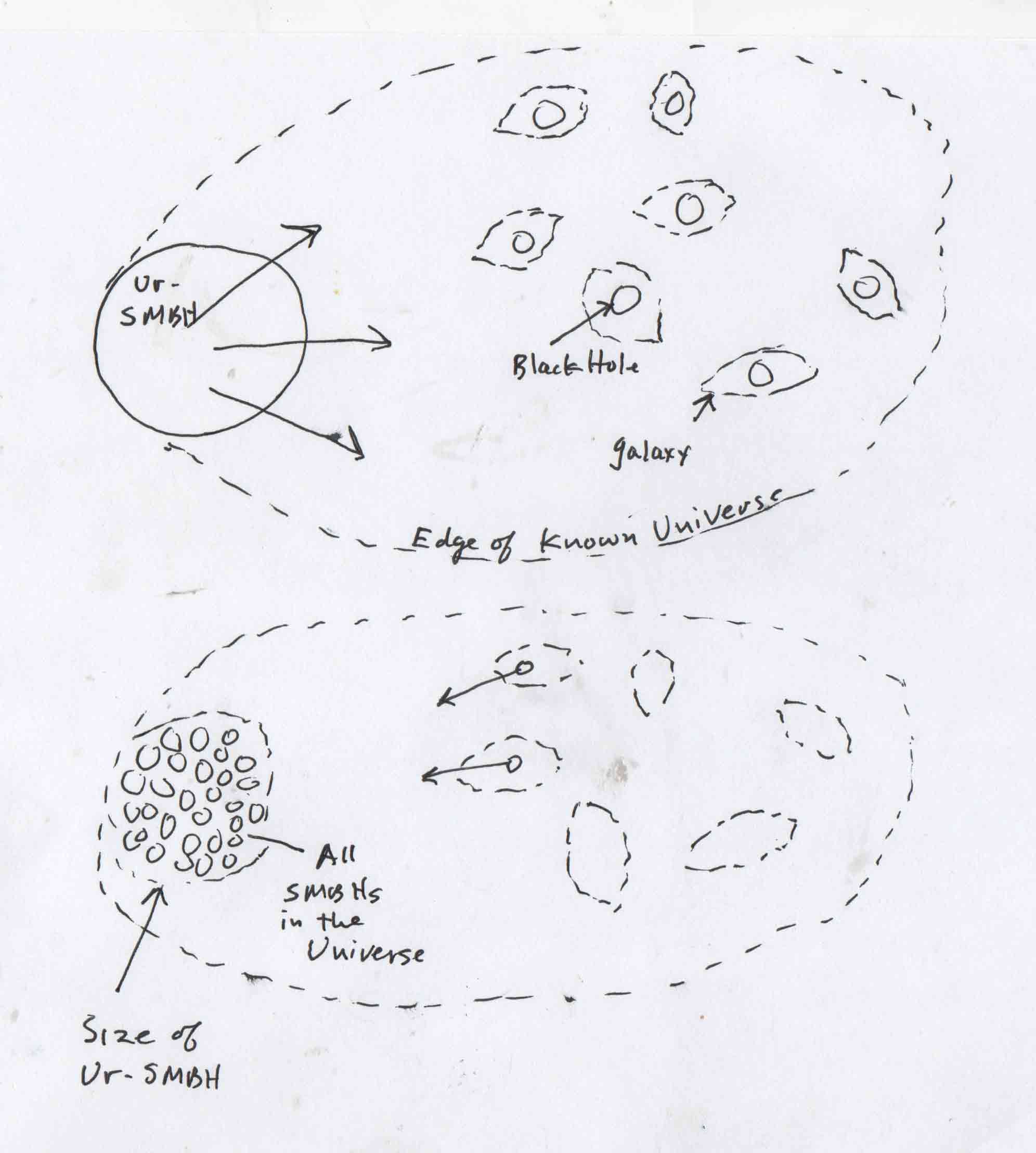 So your estimate of the ur-SMBH mass (and volume) would be omitting the most significant contributions to mass and energy in the Universe.

Limiting the remainder to the idea of how you calculate the size of combined black holes.

The simplest black hole model is a Schwarzchild black hole : non rotating and alone in the universe.

The radius of such a black hole is :

So the volume and mass are not proportional. Instead we get :

So when we add two black hole together (and ignoring mass loss due to gravitational waves which I gather from this answer on Physics SE is between about 5% and 11%), we find that :

So if you were to merge two identical black holes of equal volume $V_0$ together you'd get a black hole of volume $8V_0$.

And if you combined $N$ black holes of equal size together you'd get :

This of course is a very naive calculation, but it does show why you can't just add the volumes together as you are suggesting.

Not the answer you're looking for? Browse other questions tagged early-universe or ask your own question.