In attempting to answer the question “why aren’t changes in sunset and sunrise times symmetrical around the solstices ?” I’ve got stuck on being able to explain the effect of the obliquity of the ecliptic.

I’m trying to visualise the effect, and assuming it is to do with the point at which the sun is highest in the sky not being in the middle of sunset and sunrise (except at solsitces and equinoxes?). So, is this correct? Is there any good way of trying to visualise it ?

I’m a bit confused by the wikipedia entry https://en.wikipedia.org/wiki/Equation_of_time#Obliquity_of_the_ecliptic saying

Also found these links helpful to some extent, but haven’t fully explained it for me. https://web.archive.org/web/20150910174438/http://www.rmg.co.uk/explore/astronomy-and-time/time-facts/the-equation-of-time http://totaleclipse.eu/Astronomy/EOT.html

As the solar time Wikipedia page illustrates, we can split a solar day into a constant 23h56m to complete a rotation relative to the stars (a sidereal day) and a variable ~4m to compensate for one day's orbital motion around the Sun. The Sun's apparent motion around the equator determines how much more than 360$^\circ$ the Earth must rotate from one solar noon to the next.

At an equinox, the ecliptic crosses the equator at a 23.4$^\circ$ angle, and one degree of ecliptic longitude spans 3m40s of right ascension. The Sun appears to move slower than average around the equator, so the apparent solar day is slightly shorter.

At a solstice, the ecliptic is tangent to a $\pm$23.4$^\circ$ declination parallel, and one degree of ecliptic longitude spans 4m22s of right ascension. The Sun appears to move faster than average around the equator, so the apparent solar day is slightly longer. 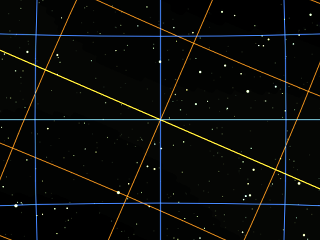 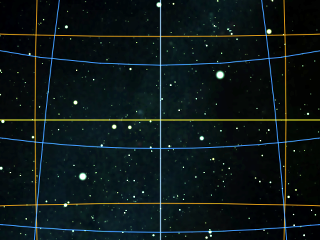 Stellarium images around the March equinox and the June solstice, showing 30 degrees of ecliptic longitude and 2 hours of right ascension for comparison. Equatorial grid is blue, ecliptic grid is orange, ecliptic is yellow.

The equation of time is the cumulative sum of differences between mean and apparent solar day length. Like a mathematical function and its derivative, zero crossings of one should roughly correspond to maxima or minima of the other. Differences of a few seconds per day, several weeks in a row, add up to a few minutes.

The earliest/latest sunrise and latest/earliest sunset of the year do occur several days on either side of the summer/winter solstice. However, on any given day, sunrise, noon, and sunset are all behind or ahead of mean solar time by approximately the same amount.

Note: the Earth's orbit is not quite circular. Following Kepler's second law, the Sun's ecliptic longitude changes ~3% slower at aphelion and faster at perihelion, making the apparent solar day slightly shorter or longer respectively. This Wikipedia entry discusses it in more detail.

Not the answer you're looking for? Browse other questions tagged the-sun earth obliquity time .

1
Why does the Earth's axial tilt create an east-west variation in the analemma?
5
Daylight Time Expansion
6
How accurate is the "Equation of time" (mean time to actual solar time)? And how much can it vary from the average?
3
What are the RAs of the boundaries between traditional zodiacal signs?

3
Getting Solar Noon from Sunset and Sunrise
3
Given sunrise, noon, sunset, longitude and latitude can I calculate the "hight" or "ascension" of the sun?
6
In astronomy Is there a name for the exact time between solar noon and sunset?
6
A vertical stick's shadow at solar noon should be straight north/south, right?
3
So, what, exactly, is a tropical period?
2
In which town is the length of the day bigger on 23 of September?
2
Equation of time with arbitrary eccentricity and obliquity
1
What is the relationship between the shape of the analemma and the sun's azimuth at sunset at a given latitude?
2
How to calculate the Earth's axial tilt (obliquity)