Why is the track of the subgiant stage almost horizontal on the HR diagram? 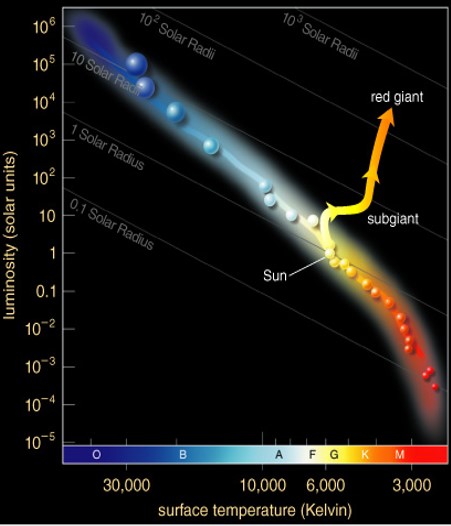 It is stated that:

After the main sequence, as fusion weakens or stops in the core, outward radiation weakens. The helium core contracts and heats up. Gravitational energy is converted to thermal energy again!

The star will appear to cool slowly and will undergo a modest increase in luminosity. During this phase, the path the star will follow in the HR diagram is almost horizontal to the right of its position on the Main Sequence. Stars in this phase are usually referred to as subgiants.

But I still can't understand.

I will replace the previous answer to focus on the "subgiant" branch prior to red giant, rather than the pre-main-sequence or the "horizontal branch" of core helium fusion. Those are other times that the luminosity is constant, but this question is about the subgiant branch, which I missed before.

The reason the luminosity is nearly constant on the subgiant branch is related to the "mass-luminosity relation" of pre- and main-sequence stars. It is due to radiative diffusion and how it leads to a luminosity that depends only on mass, for a given composition. If you compare to pre-main-sequence tracks, you should find that the subgiants more or less retrace that prior evolution, just with a somewhat higher luminosity because many of the electrons have been swallowed into neutrons, reducing the opacity and increasing the all-important rate of radiative diffusion. It's essentially just a helium-dominated mass-luminosity relation, instead of hydrogen-dominated, as the radius rises due to the details of how the interior is evolving.

The reason the luminosity eventually rises steeply on the red giant branch is that as the degenerate core starts to build in mass, it starts to control the temperature of the fusing region, and this significantly changes the internal structure in ways that get into explaining red giants.

This happens because of the depletion of H at the core:

9
Is there a flaw with the newer purposes and correlations attributed to the HR diagram? (And would a third axis of mass correct the enclosed flaw?)
4
How bright can white dwarf stars glow as they accrete matter?
0
Description of Henyey tracks on wikipedia incorrect?
5
Could non-supernova carbon, oxygen, or silicon flashes be observed?
11
How does a star's rotation affect a star on the main sequence?
3
How long does it take a star to transition from main sequence to red giant?
9
Increase in Luminosity of the star
3
Is there a general way to plot the evolutionary track of a star on HR diagram?